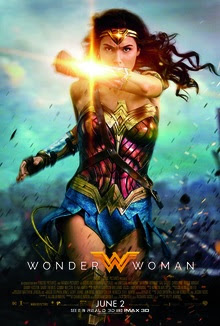 "I may not be Wonder Woman,
but you haven't seen both of us in the same room have you?"*

“What in the crap am I doing?” I set out to write “Brunch for the Soul ,”and woke up wondering what I was doing.   Sure I’ve attended seminars, workshops, gone to gurus and read self-help books until the grass has reached ceiling height. I ought to have some wisdom on the subject.  I believe in spiritual things. I believe we are spiritual beings. I think the Law of Attraction works but has so many codicils we don’t trust it.   Like if you have two conflicting thoughts, one cancels out the other.   When you are working with the subconscious mind, it can drive you nuts.   The subconscious has no judgment. It doesn’t hear “I want,” or “I don’t want.”  It only hears “Ice Cream,” or whatever you said you wanted or didn’t want.     See how it can tweak your mind.   It’s like the child who wants that ten-liter bottle of Soda. It’s bad for them, they can’t have that much, but they ask again and again and again to the 100th power. They only heard "Soda." Yep, like the subconscious mind.   I believe on a cosmic level we all vibrate since we are made up of atoms, and each atom has an Electromagnetic field, as does our nervous system, so, on that level, we can say we vibrate, which is a clip phrase right now.   How does this knowledge help when we are locked in old patterns of behavior that we didn’t choose, don’t want, and that we inherited. As did our parents and their parents, and so on. We have limiting beliefs from childhood that we aren’t lovable, and that we aren’t good enough.   I know we are programmable. For heaven's sake, my daughter told me about a reality program where suggestible people could be manipulated to kill someone if they thought it would save them from not death, but from trouble.

That ain't right! . “Don’t make waves,” we've heard. “Sit down and shut up.” “Money is hard to come by.” “Artists starve.”  “Obey authority.” And, “I love you and want you to be happy.”   Now, run with that.   Duh. I’m running but where? Is this it? Is this what I came here for?   People talk endlessly about living our dream. "You can do it," we hear.  And so you try and try and end up splattered with the mud your wheels slung on you as they spun in the mire.   I hear so much talk of love that I want to throw up.   It’s hard to feel love when you’re pissed off.   The trick is  #1 to realize you’re pissed off, and #2, to ask why?   That was me until I sat down this morning and meditated, and suddenly my mood shifted. I saw the thrill of the journey, the sunshine outside, the glorious day.   “If I can save one person from ever having to take their inner child on a play date, I have done my job.” wrote Jen Sincero in her book, You Are a Badass, How to Stop Doubting your Greatness and Start Living An Awesome Life,  I laughed out loud.    Remember when the “New Age” movement hit the scene? Shirley MacLaine became a New Age rock star, and we gobbled it up.  Many of us said, “Shirley, that’s not new, but we praise you for saying it. Thank you. It’s about time someone did.”   But now I think many of us are tired of “New Age” processes, like hugging when we don’t want to hug, screaming when we don’t feel angry, and high-fiving strangers we don’t even like.   I think the  “New Age” trend has become stale. People are still hurting, still following old patterns of behavior that no longer serve them and that make them depressed.   I have for a long time railed at writers who spend pages and pages trying to convince me to have an open mind, when I am yelling, “Just tell me! Why the hell do you think I bought your book, I want to read what you have to say.”   And then along comes some straight talking folk like Jen Sincero who writes, “You have to have an open mind, then on second thought, I want to yell in your face STAY OPEN OR ELSE YOU ARE SCREWED.”   I love it.    “We need people to feel happy and fulfilled and loved so they don’t take their shit out on themselves, and other people and the planet and our animal friends.”—Jen Sincero.  Yep, my kind of a woman.

* Wonder Woman quote copied from somebody

P.S. Thank you all you folks who checked in yesterday . Awesome.
PS.PS.  There is some new content of http:www.plottwist747.com Namely, Life on the Farm, "Let's talk About Poop."
Over and out, remember I love you.
Posted by Jo at 3:44 PM