"You find sometimes that a Thing which seemed very Thingish inside you is quite different when it gets out into the open and has other people looking at it."

– Pooh, "The House at Pooh Corner"

And from Rabbit: "He respects Owl, because you can't help respecting anyone who can spell Tuesday, even if he doesn't spell it right; but spelling isn't everything. There are days when spelling Tuesday simply doesn't count."

"The House at Pooh Corner"

Is this one of those Tuesdays?

I will say it's my books The Incredible Yellow School Bus and its sequel A Journey Into Inner Earth.

I placed both on a Website, bought a domain name, then found they wanted to charge me big bucks to connect the domain, so I redid it on Blogger. Bless those people who have carried my blog Wish on White Horses for years. Maybe I can transfer my domain there, but in the meantime, its address is https://josbooksforkids.blogspot.com.

After reading A Journey Into Inner Earth, you might imagine there ought to be a third book in this series. However, it isn't written. Do you think writing it is a good idea? I have an idea, but that includes building an ultra-light airplane, but I don't know how--yet.

And I haven't the strength right now.

Neither do the kids have the finances to buy one outright.

Maybe someone will donate a fictitious ultra-light.

The Frog’s Song is not a children’s book, but an adult nonfiction. The book tells how one husband, one daughter, one seven-month-old grandson, two dogs and two cats, plus this narrator packed up their belongings and moved to a tropical Island. (The dogs and cats didn’t pack, they did their work by riding in carriers in the luggage department of the airplane, and that sucked.)

Who knows what lurks on that island–we didn’t know until we got there. 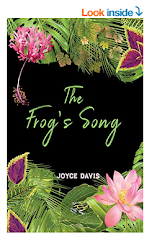 My intended blog post, #Will Evil Ever be Eradicated from the Earth? is below, but first this:

When I was a kid, I rode a school bus—as many of you have. We lived near the top of a long sweeping hill, and I was the first kid on the bus each school day. The driver lived further up the hill, and each night he parked the bus at his house. In the mornings, it was easy, he just picked up the kids on the hill and drove us into town, to school.

My kids say I have no inkling of time, and I guess I didn’t in those days as well, for often, I was running down our steps as the bus was coming to a screeching halt outside our gate. The driver took to honking for me. The trouble was he laid on the horn for about a block before arriving at our house, and he honked whether I was running or waiting. (We did have an elderly couple living across the street, who were former owners of our property. They were hard of hearing, and never complained.)

After six kids were onboard the bus, the driver pulled into a neighbor’s drive, parked on his steep driveway, set the emergency brake, and with an “I’ll only be a minute,” jumped out of the bus.

A moment later, I felt a slight shutter as the bus gave a groan. I knew the brakes were about to fail.

Well, the driver heard it too. He flew into the bus, and caught the controls before the bus, with six kids on board, began to roll.

My story set the stage for this children’s book: The Incredible Yellow School Bus. It became a fantasy, of course. 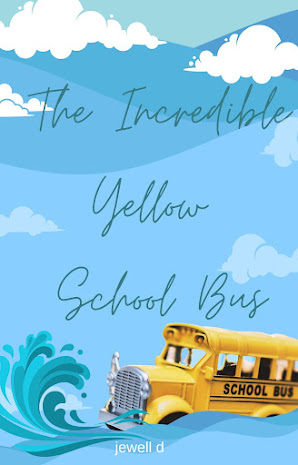 I wrote the story when my second daughter was in the first grade. The protagonist/narrator was 11 years old.

The story sat in an old file. Although my daughter kept telling me to publish it. I didn’t think I could.

Fast-forward 20 years, I wrote the sequel, A Journey Into Inner Earth, set four years later. The protagonist was then 15-years-old. 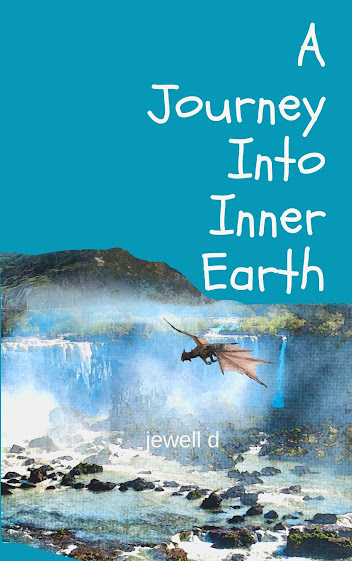 You know the old movie where a fellow waves his hand over the signature line of a check? He just couldn’t get himself to sign it. That was me in pushing the publish button on these books.

And then, miracle of miracles, on my birthday a week ago my internal voice, you know the one who likes to whisper? This time it screamed at me: “PUBLISH THOSE BOOKS, STUPID!”

My ears are still ringing.

I’M DOING IT. (But don’t call yourself stupid—yourself is listening.)

Note, I am jewell d

Both books available within a couple of days on Amazon.com

Now for the blog post I intended to use before getting carried away.

Have you heard about #The Paper Clip Project?

I had forgotten about it until a night ago when I heard Dr. Harley Rotbart, a pediatrician, being asked this question:

“Will evil ever be eradicated from the earth?”

He thought for a moment, started to say no, then stopped himself. “It will come from the young people,” he said. Then he proceeded to tell the story of the paper clips.

It happened in 1998 in a little town of 2,000 in Whitewell, Tennessee. The town was very homogeneous, all white. Most were protestants, not even a minority or Catholic. The first class consisted of 16 students and was taught by Sandra Roberts, a language arts teacher. When she informed the students that the Nazis had murdered six million Jews. The students were quiet and then began to ask questions about how many is six million. Finally, one of the students suggested that maybe they should collect six million of “something.” The doctor said that the paper clip idea came from a man who wore one in his lapel to commemorate a Holocaust victim. Therefore, they chose paper clips.

Family and friends contributed. Even with a lot of help, they only had 160,000 paper clips by the end of the year, and the students were discouraged. Unknown to everyone at Whitwell, help was on the way.

Two German White House newspaper correspondents, the Schroeders, learned about the Whitwell student project from the United States Holocaust Memorial Museum website. The couple wrote letters and printed them in German newspapers, asking for paper clips and for letters explaining why people wanted to support the project. Within three weeks, the Whitwell students had received 2,000 letters and 46,000 paper clips.

The students wrote celebrities, and soon their 6 million goal seemed within reach. They asked the Schroeders what they should do if people kept sending paper clips to the school after they reached the 6 million. The Schroeders reminded them that historians believed at least eleven 11 million Jewish and non-Jewish victims were murdered by the Nazis and their collaborators during the Holocaust. So, the new goal for the Whitwell, Tennessee students became 11 million paper clips.

Thinking they needed a home for all those paper clips, the Schroeders figured they would find an old rail car such as was used in WWII—the sort that had transported the Holocaust victims. They contacted many people in Germany, but no one knew of a World War II vintage railcar that was available.

A few months later, the Schroeders flew to Germany and drove over 2000 miles through the countryside, looking in old rail yards. Finally, a friend told them to talk to the Director of the Railroad Museum in Ganzlin, Germany. So they did.

The museum had one rail car, built in 1917, Number 011-993, just like hundreds of railroad car pictures from the Nazi Era. The museum director, reluctant to part with the car, finally agreed to sell it to the American school children.

The German Ministry of Defense shipped the authentic rare railroad car to Tennessee, and the railroad absorbed the expense. 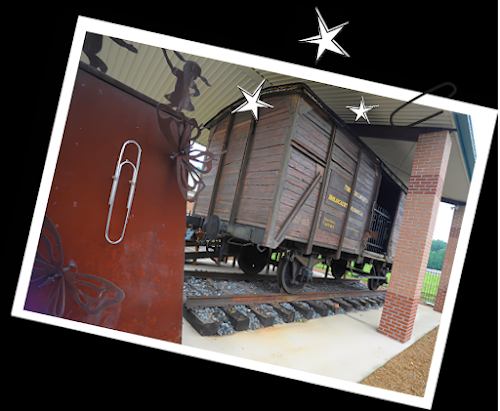