“If you can’t explain it to a six-year-old, you don’t understand it yourself.”

Well, I tried to explain to my 12-year-old grandson that his showers make him feel better because they were giving off negative ions.

He thought that was the funniest thing he had ever heard. That was until I pressed upon him that it was real science, not some pie in the sky stuff.

Of course, I couldn’t explain ions because I didn’t understand them. My physicist husband said something about the rushing of water creates negative charges in the molecules of water. That rather turned my grandson to my side, but understand it? I still don’t. 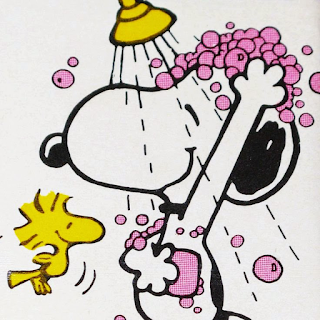 To quote Einstein once again, “Never memorize something that you can look up.”

According to my grandson, if the internet doesn’t confirm it, it can’t be valid. Lucky me. Internet confirmed that, yes, running water somehow charges the charge of an atom or molecule.

And those negative ions have a magical effect on our bodies.

Generally speaking, negative ions increase the flow of oxygen to the brain; resulting in higher alertness, decreased drowsiness, and more mental energy,” says Pierce J. Howard, Ph.D., author of The Owners Manual for the Brain: Everyday Applications from Mind-Brain Research and director of research at the Center for Applied Cognitive Sciences in Charlotte, N.C.

“They also may protect against germs in the air, resulting in decreased irritation due to inhaling various particles that make you sneeze, cough, or have a throat irritation.”

And for a whopping one in three of us who are sensitive to their effects, negative ions can make us feel like we are walking on air. You are one of them if you feel instantly refreshed the moment you open a window and breathe in fresh, humid air. (Shucks, I thought everyone could feel the effects.)

“You may be one of them if you feel sleepy when you are around an air-conditioner, but feel immediately refreshed and invigorated when you step outside or roll down the car window,” Howard tells WebMD. “Air conditioning depletes the atmosphere of negative ions, but an ion generator re-releases the ions that air conditioners remove.”

There’s something in the air, and while it may not be love, some say it’s the next best thing.

Negative ions are odorless, tasteless, and invisible molecules that we inhale in abundance in specific environments. Think mountains, waterfalls, and beaches. Once they reach our bloodstream, negative ions are believed to produce biochemical reactions that increase the mood chemical serotonin level, helping to alleviate depression, relieve stress, and boost our daytime energy.

By Denise Mann Medically Reviewed by Brunilda Nazario, MD From the WebMD Archives

Ions are molecules that have gained or lost an electrical charge. They are created in nature as air molecules break apart due to sunlight, radiation, moving air, and water. You may have experienced the power of negative ions when you last set foot on the beach or walked beneath a waterfall. While part of the euphoria is simply being around these wondrous settings and away from the everyday pressures of home and work, the air circulating in the mountains and the beach is said to contain tens of thousands of negative ions — Much more than the average home or office building, which contain dozens or hundreds, and many register a flat zero.

Generating Negative Ions: Every home has a built-in natural ionizer — the shower.

While we are on the subject of science, I would like to introduce my husband, Neil.

“When you are courting a nice girl, an hour seems like a second. When you sit on a red-hot cinder, a second seems like an hour. That’s relativity.”

Are You Listening to The News?

Remember when the Newspaper was the News? 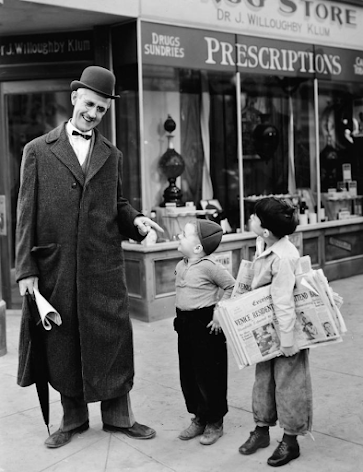 Your grandfather or some elder in the family read it daily cover to cover. They were informed and would sit around the table arguing politics long after you left the room.

Now we’re not sure what is true and what isn’t. If we watch the news (which I don’t, but I get some second-hand), we can tune in for 15 minutes any time of the day. If you miss it once, you can tune in later and catch it. Yet there are those, so I’ve heard, that have the TV turned on ALL DAY. Talk about programming the brain.

We begin to think what’s placed before us is the way the world is, and if you hear it over and over, whatever comes into our senses repeatedly, tends to stick. Yet we go to the grocery store, and people are doing their shopping, relatively happy. People are going for walks with their baby strollers and their dogs. Kids are on their bikes. We go to events, and people are laughing and talking about where they will go for lunch. Kids are practicing for the Olympics. Some have dreams of starting a Band. Others are hooked on the computer, and we know those brains will be the programmers of the future. People are writing, and researching and blogging, and singing-- practicing their craft. Many people are turning to spirituality and consciousness training. Many are hiring coaches to help them.

There is a world of Well-being,

Yet the news is a handful of information—primarily shocking, confusing, or dire. The news comes from a tiny pocket of people who control the media. The media owners tell what they want to tell us, and generally, it is to get attention.

Out there is a beautiful world. Do we believe it?

Keep watching the news, and you will get sucked into someone else’s mindset. It is not representative of humankind.

No matter where we are, what our beliefs or politics are, we know how watching the news makes us feel.

It makes us feel that it’s impossible to gain certainty and direction in our lives when the whole world is uncertain.

To believe that we  need the outside world to be okay for us to be okay is a myth.

We must get so solidly grounded that we will be secure in our souls, and we will become the change the world needs.

This morning a reader commented on an old blog post from https://travelswithjo.com titled “This is Only for Those Folks Who Want to Blog, or Write, or Be Heard.” I hit the link--it was written on Jan. 15, 2019. At the bottom of the post, I had included the link to the song, Starry Starry Night, and I listened to it again.

Don McLean sings the song over the printed lyrics and pictures of paintings by Vincent Van Goth. It is awesome. Watch it. It will feed your soul.

Music and art give us time to connect to something outside ourselves. It’s next to impossible to worry while listening to a beautiful song or viewing a gorgeous painting. Art allows us to enter into the sublime.

Isn’t that what life is all about? 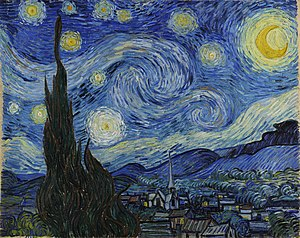