The Island of Fire and Ice


“In the middle of the ocean where East meets West is the Island of Fire and Ice, home of the volcano and doorway to another dimension and a different reality. Here magic lives, where the Earth itself liquefies and nothing is quite as it seems.” –Pila of Hawaii

That’s the Big Island of Hawaii. 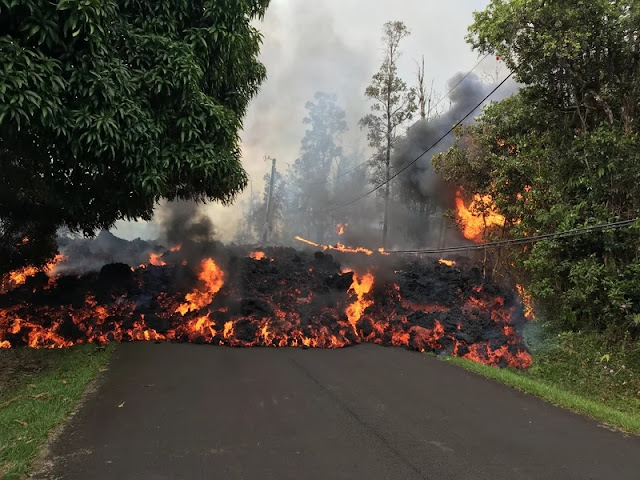 I think I'll turn around.

“It sounded like if you were to put a bunch of rocks into a dryer and turn it on as high as you could. You could just smell sulfur and burning trees and underbrush and stuff,” resident Jeremiah Osuna told Honolulu television station KHON.

What challenges the people Hawaii are facing. And what about the Coqui frogs, the fishes in the bay, the tide pools, the mongoose, and the wild pigs? And, too, the gorgeous vegetation that is abundant on the rainy side of the Island is suffering from gaseous fumes.

Have you read that enough lava has poured over the surface of the Big Island to bury Manhattan 15 feet deep? A clear water lake has evaporated, and the Vacation village in the Puna district is gone, along with beautiful Kapoho bay that filled in during one night, and is now .8 miles of new land.

While living in Hawaii, I continually wondered why I felt the way I did; feeling ill at ease, asking about the dark energy both my daughter felt. Despite the Island’s beauty, we felt unsafe. Pele whispers her message. She gives it to you, and then leaves you to decide what to do with it.

I’m sure that some of the inhabitants of the Island feel stuck without funds or knowledge to leave the Island. And it is home to them.

Some say, thank heavens for the lava. Otherwise, we would be inundated with immigrants.

Yes, a little oozing, but this is ridiculous.

And yes, the earth is liquefying there on the Big Island, and while Hawaii is expanding its shores, my book The Frog’s Song that tells of our experience there, shrank. Half ended up on the cutting room floor.

I’m happy to be off the Island.

And if my publisher is willing to publish a tiny book, then so be it.  I guess, with your indulgence, my metaphysical wanderings that have been expunged from its original form, could end up here.

Information regarding the lost land of Mu--gone
Ley lines--gone
Tales of UFO's--gone
Find flow in one's life--gone.
Husband dear's trip to the hospital that gave us another reason to leave the Island--gone.
And the dramatic departure that I will tell you about later. I though was funny--gone.

When we lived on the Island we could see only puffs of white vapor and plumbs of sulfur gas emitting from the two-mile-wide Kilauea Caldera's floor. Now it is a sea of lava and the floor has dropped 220 meters. 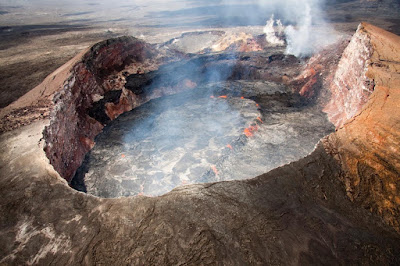 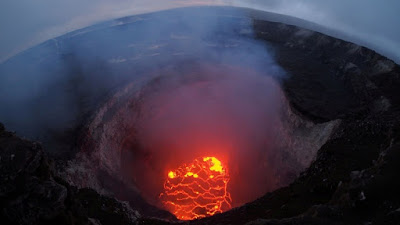 However, the crater isn’t the worst of the trouble. Eight fissures have opened on the Hilo side of the island and are pouring forth their fiery rivers.

Hot lava has incinerated some 700 homes.

My husband read to me this morning that the Sacred Heart Catholic Church that has about 15 acres, is providing space for  20 tiny homes to be shelters for the refugees.

“Three contractors came into HPM Building Supply with questions about how they could quickly build some kind of emergency housing for lava evacuees on the grounds of the different churches they worshipped at, Oliveira, the former fire chief, said.

“After connecting with Hope Serv­ices Hawaii, it went from a couple of buildings on church property to something bigger.

“Things are moving pretty quick right now,” Oliveira said Friday. “If only the weather will cooperate. Things are so wet and more rain is coming.”

Last December, lava threatened the little town of Pahoa where we shopped and got our mail, but it stopped short of destroying the town. It didn’t cover the highway, the route out of town, as they feared it would, but went underground. Eight fissures have opened further on east burning up the Puna district. 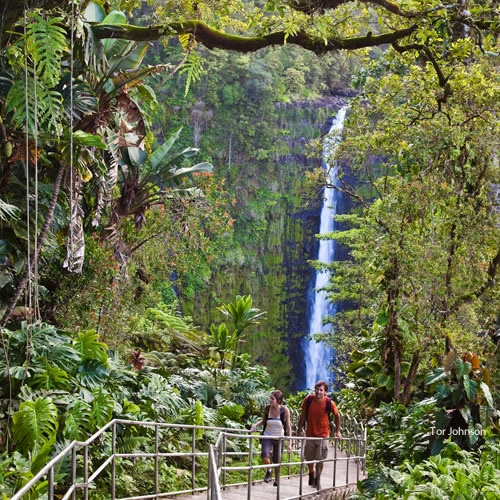 Still there a few miles from Kona

“On the Big Island, you are on special ground. You are at standing at a doorway where even the Earth itself liquefies and nothing is as it may seem. Many feel that to experience this energy will help them find direction in their lives.” –Pila of Hawaii.
Posted by Jo at 4:56 PM