Absurd? I love it. 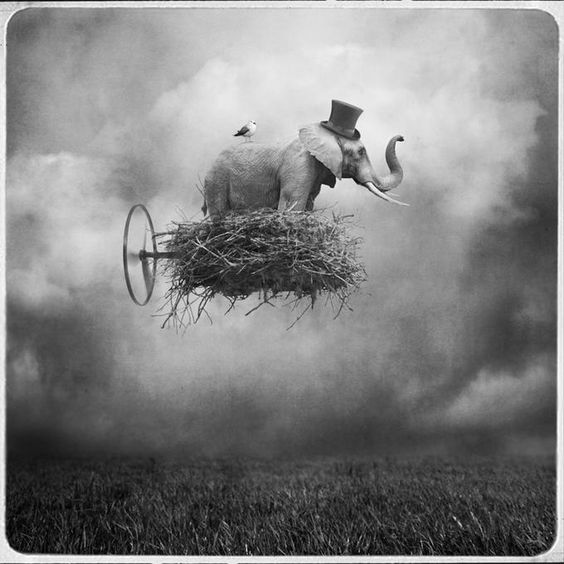 To show some contrast, when I was a kid we licked Santa stickers to paste our Christmas wrappings together. Cellophane tape existed, but for some reason, we didn’t have it. Oh, I just found, cellophane tape wasn’t invented by a Scott, but got its name from a slur because the inventor was stingy on his adhesive.

He rectified that. The name stuck.

Here I am making fun of our modern times, but think of this: when I was a kid a little girl next door had braces on both legs because she had been crippled by polio.

“When I’m worried and I can’t sleep, I count my blessings instead of sheep, and I fall asleep counting my blessings…”—Irving Berlin

The Girl the Pier is a love story.

The Girl on the Pier is a painting. A customer came to view it, and offered two million dollars to purchase it, however upon viewing the painting he said, “That’s not the painting. There is another.”

Sara ,the executrix, didn’t know another Girl on the Pier existed, but is determined to find it, and why would Mr. Ahmad offer two million for it?

The book wrote itself, I just put my fingers on the keys…

Read at Your Own Risk

Once upon a time, there was a civilization where one person could talk to another on the other side of the globe.

This civilization invented the wheel, a way for man to fly, they sent a man to the moon and brought him back safely.

They found a way to interpret ancient cultures and marveled over the remnants of these cultures. The found messages from their forefathers written into stone. The ancients knew true North, the circumference of the earth, and that elusive Pi.

This great civilization, eager to learn, and constantly investigating, found scrolls buried in the earth and they found a way to interpret them. Their forefathers gave them a nudge with a rock called the Rosetta stone that served as a translator from hieroglyphs carved into rocks to the written word.

Stones, rocks, buried scrolls, paintings with codes encrypted, that was how important it was to the forefathers to preserve knowledge for future generations.

The great civilization that can send words around the globe invented the steam engine, rocket fuel, solar energy, the printing press and books made accessible to everyone, not just the learned scholars.

They began to write their stories, as the ancients had done. They wrote down the scientific facts they had found, the diseases they had healed, their formulas, and construction plans.

They built libraries so they could share the knowledge. People read the books for education, fun, and entertainment. Schools taught from them, scholars studied them.

One day this civilization build the computer, and they so loved the computer they began to pour their knowledge into it. Soon, they found it was much simpler and much more accessible to use the computer as a storage tank.

Bookstores closed because people weren’t buying books anymore. Libraries weren’t heralded as the hallmark of study. Because books were cluttering their houses, people began giving them away, clearing them out, for now, they had the computer, and it only took up a couple feet of space.

But wait, the rocks are still there.

Come sit a spell. Have an iced coffee with me. 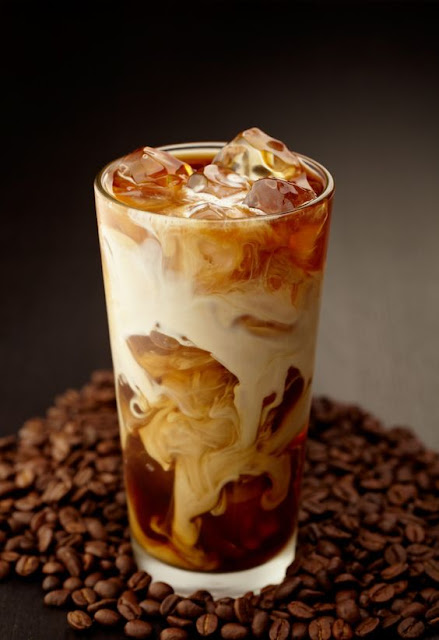 Iced coffee has become my fuel.  When I read that coffee is good for me, I threw discussion to the wind, gave out a loud whoop, and grabbed the coffee grinder.

Now I see coffee is touted even in Dr. Oz’s magazine.

Sounds good to me.

I might have a hot cup, but the rest of the day it is iced—with real good ole organic half and half. I have no wasted coffee, and the amazing thing is it never tastes stale. It can sit overnight and still be good.

This is a far cry from when I learned to drink coffee with dishwater tasting coffee perked in the dental lab, while trying to make it palatable with powdered creamora. My reason for enduring it? I was trying to stave off hunger until one o'clock.

Whoops, I got carried away.  I intended to tell you a fish story.

I went into my accountant’s office the other day to pick up the tax forms, and, I saw a tiny placard on his wall, “I love Fishing.”

His eyes lit up, and he pushed a sheet of paper toward me. It was a short story, just a few paragraphs. I was surprised and delighted that he wrote a story. I read of his experience on the creek bank, the sparkling day, him throwing out his line, a bite, the fish hitting his line with full force. It fought with all its might, and as he had no net, he managed to wrestle it onto dry ground.

Success. He landed the fish.

“My friend thought we ought to capture this monumental moment on film,” he said and shoved an 8 x 11 picture across his desk.

He was all decked out in fishing gear.

I looked closely, “Where’s’ the fish?” I asked.

Well, there was a tiny silver streak. The fish must have been about four inches long.

“It hit that line with its whole two ounces,” he said.

That reminded me, once again, of the little accountant in the movie, #You Can’t Take I with You when Grandpa asked what the accountant what he would like to do, and he pulled a toy bunny from beneath his desk. “Make toys,” he said.

When a person is doing what they love to do their entire countenance glows.

And I wonder again what has been pecking at me for a long time, “How does one do the thing they want and get paid for it?” For without pay, you must work at something else.

#Jonathan Mead writes about, and offers coaching on “#Paid to Exist.”

I haven’t gotten it yet—either him or the concept.

Carry on.
Make it work,
Joyce

P.S. I got advice from an agent the other day. She said, “If you haven’t finished your book finish it.”

If you don’t have a platform, Build one.”

I Saw God in the Sky the Other Night.

My husband and I were walking in the rain and from overhead came a great honking noise.  I stopped and looked up into rain falling on my face, and there in the sky, a great flotilla of geese honked their way across the heavens.

They didn’t fly in big “V”, although there were some little v’s among the group. The majority flew in irregular circles, like the edges of puddles, black dots that ebbed and flowed over our heads in a dance of movement and music. How they honked and flew at the same time was a mystery to us.

Why did I call them God?

I was reminded of Izak Dinesen’s book, Out of Africa, “The natives,” she said, "think the God of the Americans is old and infirm for he spends all day in a church. The God of Africa lives in the forest and the fields and on the mountain when the rains come.”

This week I have seen God, my three chickens began to lay after a long time of winter fallow, I got my book up from 21,000 words to 31,000, I have been inspired by Will Rogers who said, “Even if you are on the right track, you’ll get run over if you just sit there,” I have let the pups in and out the back door 3,678 times, big boy hound dog, Layfette, has lost his testicles, and little Sweet Pea has had her first estrus.

The Daffodils are blooming.

How was your week? 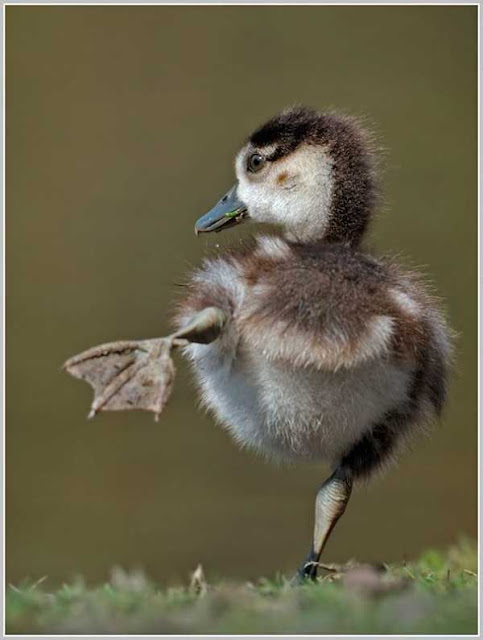 Dancing baby goose.
Posted by Jo at 1:48 PM No comments:

“How Do We Teach Values to Our Children With No Church to Rely On?

A beautiful young woman with two small children asked me that question.

At first, I thought it was a non-issue for me—having raised my children with no organized religion. And then I pondered the question…

It seems clear to me that ethics and values and humanity are outside the scope of religion. Unless you consider religion to be the holder of the philosophy of the ages, which it is not. Philosophy and ethics and morality teach rather than control.

We still bow to Popes and Priests like they are Gods, and think our ministers can set us straight. Authorities know more than we do. Fear is the paramount controller.

Sorry folks, if this offends, but look at it. How many of us were raised believing that if we were bad we would go to hell? What was bad? What “sin” did we commit as a child? We got angry. We experimented, we had “impure” thoughts. We were normal. We were human.

Now really, would any sane parent send their beloved child to eternal damnation? I think not. And the idea of original sin is absurd. If God had been a woman instead of a man, she would have known her kids would eat of that forbidden fruit. And remember they had an eternity in which to be tempted.

If you want to blame Eve, blame her for being smart. If someone told me if I ate of that fruit I would be like God, knowing the difference between good and evil. Do you think I would say, “Oh, but I can’t. Daddy told me not to?”

The Garden of Eden is an allegory.

If you look at the Journey of the Hero as put forth by Joseph Campbell, he explains the archetypes of the human, and it is a pattern that drives most stories—such as the story of Adam and Eve.

The  archetype of the innocent, as with Adam and Eve, must get kicked out of their comfort zone, for if not there would be eternal frisking and frolicking, but no growth, and no adventure.

Finally, in our Heroes Journey our hero meets his mentor, he fights the dragon, and he emerges victorious. He  becomes the Magician, he has learned to use magic powers, to become wise, and thus he is peaceful again, like the Innocent. Our hero has become full circle. (Look at Luke in Star Wars.)

Someone long ago said, “Do unto others. as you would have them do unto you.” This has been attributed to Jesus, but long before he appeared on the scene others said it, Plato, and his voice Socrates.  Confucius said it, the Greeks “Do not unto others what you would not like to have done to you.”  And from The JewishTalmud:  What is hateful to you, do not do to your fellowman. This is the entire Law; all the rest is commentary.

Dear woman with the children, remember this poem:

All I Really Need To Know I Learned In Kindergarten
by Robert Fulghum
Most of what I really need
To know about how to live
And what to do and how to be
I learned in kindergarten.
Wisdom was not at the top
Of the graduate school mountain,
But there in the sandpile at Sunday school.

These are the things I learned:

Share everything.
Play fair.
Don't hit people.
Put things back where you found them.
Clean up your own mess.
Don't take things that aren't yours.
Say you're sorry when you hurt somebody.
Wash your hands before you eat.
Flush.
Warm cookies and cold milk are good for you.
Live a balanced life -
Learn some and think some
And draw and paint and sing and dance
And play and work every day some.
Take a nap every afternoon.
When you go out into the world,
Watch out for traffic,
Hold hands and stick together.
Be aware of wonder.