Going With The Flow 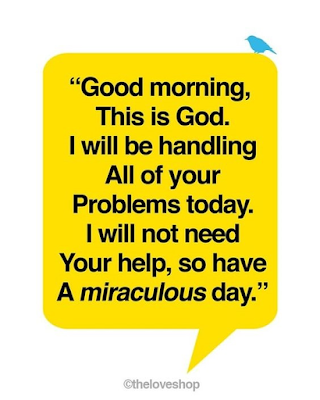 “You never hear about truly self-actualized people, like Buddha or Christ telling people they’re stupid losers. It goes against the nature of enlightenment.”
--Martha Beck

My friend tells me she has poor self-esteem and poor self-confidence.

There’s a lot of that going around.

Yet, this friend sews professional-quality clothing for her Granddaughter, and the cutest doll clothes you could ever hope to find. I wish my craft would come out half as good.

Why or why or why oh, do people put themselves down?

We could go into lengthy discussions as to WHY.  I have addressed that before, about how the brain works, and how fear gets scrambled into the mix.

I was astounded when I read in Martha Beck’s book Finding Your Own North Star, that she uses the body as a guide to feelings. It’s like muscle testing, where a second person tests the strength of let’s say an arm. If there is a blockage, the arm goes weak. If the energy is flowing strong the muscle is strong. (Simplistic answer, I know, but it works. I believe it is electrical-chemical, like getting a kink in your wiring.)

Surf the body and see where tension has settled.  Ask that part what is troubling it. (I need to learn more about this.)

In Marie Forleo’s book, Everything is Figureoutable, I read that it is estimated that 350 million people around the world suffer from depression.

And from my limited experience, depressed people are often on antidepressants. Yet, they are still depressed.

What's wrong with this picture?

In cases of depression, I’ve heard that when people go off their medications, they often become suicidal. And then there are side effects. People will endure numbness, foggy-headedness, upset stomachs, I don’t know what all to avoid the pain their FEELINGS are causing. Wow. It gets tricky.

I’m into this subject because my friend took so many of those fabulous anti-depressant pills that she landed in the hospital, and was labeled as suicidal.

And they are adjusting her medications, because, truthfully, they don’t know what else to do.

‘It’s a chemical imbalance,” she says. Did the doctors say it?  If so, what is the chemical that is imbalanced?

There’s no test for that imbalance, so they throw in an antidepressant. Whatever in the hell that is.

I learned a lot when I was studying the horse’s brain. In traumatized horses, their corpus callosum, the bridge between the two hemispheres of the brain is noticeably smaller. Horses are prey animals, in other words they know they taste good, and they are flight or flight animals, which means they run in the face of danger. If they are thwarted from that instinct, their cortisol, the stress hormone, runs high. The result is the bridge between the two hemispheres actually shrinks, or didn’t grow properly in the first place. That left them with limited communication between the two sides of the brain.

Do people have this? Is it fixable?

I don’t know. Except I know that people come back from horrendous things to live happy lives. Maybe there’s a happy hormone that washes away sadness.

I finished reading PTSD, Time to Heal by Kathy O'Brian, the Book on Post Traumatic Syndrome I mentioned in an earlier post.  The book has moved on to the person for whom it was intended, but I will tell you what I learned.

Yep, I’ve said it before and I’ll say it again. Writing one’s feelings is a way to stop the endless cycling that is the mind’s playground. O’Brian verified this.

Talking about it initially is important, that is to identify the problem. It is owning up to the trouble, it is being willing to shine a light on it, to stop being ashamed or embarrassed, and to allow oneself to feel again.

There are two aspects to this, probably more than two, but two I’ll address: One is the person doesn’t feel. The other is they feel too much.

When a person has shut down, they need to be taught to feel again. You’ve heard of people injuring themselves such as burning themselves with cigarettes in an effort to feel. They need to remember.

The other is that horrible cyclic remembering.

Oh, I just thought of a third, that is compartmentalizing the problem, shutting it off into a little place where it is forgotten by the conscious mind. It is a denial that whatever trauma that is troubling them never happened. So, why are they mentally unhinged?

Talk therapy doesn’t work for people who are out of touch with their feelings. When the therapist asks, “What are you feeling?” They, truthfully, don’t know. The trick is to get them to feel again.

Talk therapy is often non-effectual, too, in persons with Post Traumatic Syndrome, for talking about it serves to cement the injury in place. You know, keep talking about it and it reinforces that injury all over again.

Here’s where writing comes in.

Kathy O'Brien healed her own PTSD by writing about it. And her trauma was too severe to even tell it. She found a great guy who became her husband, and he knew what to do. She would ask him. “Have I told you this before?”

“No,” he would say, “and you’re not going to tell me now,” and he would hand her a tablet and a pen.

You have heard me mention that with writing you put a period at the end of the sentence. The mind doesn’t know about periods. It’s like the energizer bunny, it just keeps going and going.

Who wants to keep writing the same old thing over and over?

Studies have shown that writing notes by hand helps you learn, understand and retain more information than typing.

Writing by hand forces the brain to slow down and allows the expression of ideas to come more clearly and deeply.

“Putting pen to paper is a mystical way to access your most profound truths.” –Marie Forleo

Remember, your pages are for your eyes only. Maybe you’ll want to share them later on, but not initially. Tell your truth. Be as angry, hurt, whatever, you need to be.

Perhaps we aren’t broken at all, but more like our car at the car wash where you inadvertently got your wheels stuck on that frame that was intended to aim you in the right direction. If you had gone into the track alongside that frame, you would be pulled along while the machine washed your car as you sat there watching the pretty colored bubbles on your windshield. 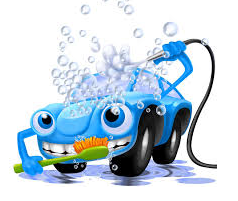 Either we’re forgotten or have been trained out of the whole concept of going with the flow.

I remember the teacher Abraham saying, “Nothing you ever wanted is upstream.”

But we think we must work hard and struggle and paddle vigorously instead of letting our boats, to use Abraham’s analogy, glide with the current. Struggle is, after all, rewarded.

You know about that current of life. It’s the place where even if you are working hard, it feels good, things are working out, and even if they’re not, you know they will, and you’re happy.

That’s going with the flow. 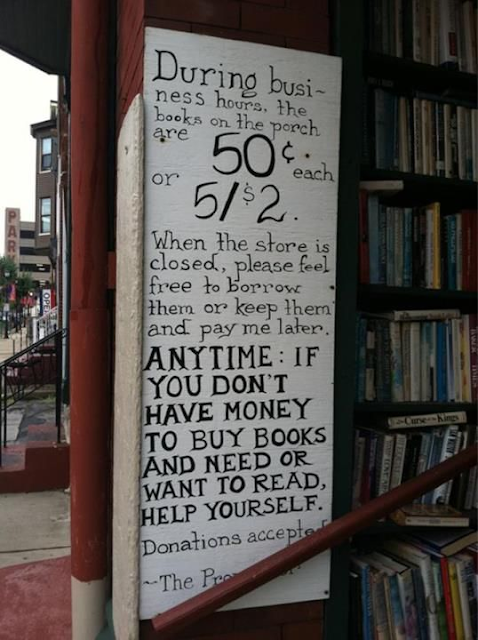