When I found this in my ebox, I almost choked:  “Do not respond to this email, sadly; we are not able to respond to 1,000 emails a day.”

“Yeah, I get a thousand emails a day too, but mine are all trying to sell me insurance.”

I had turned to my emails as a diversion from editing my novel and saw that comment about not responding to their emails.

Back to editing: I’m not an editor, I stink at editing, but I’m giving it my best shot. A friend told me to read a manuscript from the back to the front, that way you are more apt to see errors. Yeah, fine for a page or two, but 403 pages? I think not. I will keep my sanity and throw discretion to the wind.

You know how it is when reading our own material. Your eyes glaze over, you slide past a mistake without seeing it, for your brain fills in what you believe is there. Let a typo slip through in a published book, though, and it pops off the page like a boa constrictor.

This work I’m editing has been in my computer, on flash drives, in the file cabinet, and worked on for over 40 years. It is titled SARA. There are two Sara’s an old one and a young one. I was reworking the first dinner date of the young lovers, Sara and Ryan, at the Bonaventure Hotel in Los Angeles, California. For their menu, I was using my daughter’s and my Easter dinner at the Anasazi Restaurant in Santa Fe New Mexico.

Readers might go expecting this dinner.  So, I scrapped the menu, although it had me salivating, and it was doubly hard to erase the dessert that was chocolate mousse served in a four- inch by four-inch chocolate grand piano—lid up.
However, courtesy of the Internet, I looked up the Bonaventure’s La Prime Restaurant menu—a research option not present 40 years ago. Now Sara and Ryan’s dinner is authentic.

The thrill of the Bonaventure is that a glass elevator shoots through the ceiling at the fifth floor, and climbs, hanging on the side of the building like Spiderman, up to the 32nd floor, home of their revolving restaurant.

If you sit in the restaurant for an hour, the entire restaurant will make a complete revolution, and you will have a panoramic view of the City of Angels. Someone commented that if you eat at the Bonaventure regularly and have a daughter, send her to me—that was in reference to a steak costing 70 bucks.

While I can sit at the computer writing until both legs fall off when I edit my butt goes numb in a half-hour or so.

Andy Warhol said, “Don’t think about making art, just get it done. Let everyone else decide if it's good or bad, whether they love it or hate it. While they are deciding, make even more art.”

Ernest Hemingway said to “Write drunk, edit sober.” Since he was known to bend a few elbows, (he had only two, but he bent them often) he might have meant that literally, but figuratively his principle works too. The creative phase comes dancing in like a fairy—or maybe marching in like a warrior. Either way, the artist is intoxicated.

A while back I read something Vincent Van Gogh wrote to his brother. Vincent was sitting in a cheap little hotel room looking out the window at a watery twilight, a thin lamp post, and a star. “It is so beautiful,” he wrote, “I must show you how it looks." And he the most beautiful, tender, little drawing of it.

When I saw the movie Vincent where he pointed his brushes with his mouth, I said, “That man had lead poisoning.” But then perhaps his mental condition existed before he began painting. Poor guy, his letters to his brother were so sweet, he wanted love so badly, yet he felt continually rejected.

“There may be a great fire in our hearts,” wrote Van Gogh, “yet no one ever comes to warm himself at it, and the passers-by see only a wisp of smoke.”

What struck me after reading about Van Gogh’s lamp post view was that he wanted to show his brother what he saw. He wanted to bask in the beauty of the scene, and share it with someone else. “Do you see what I see? Do you feel what I feel? Is it exciting you as it is me?” Once a teacher of a writing class said that “All art is flawed.” I’m not sure I agree, for some paintings look pretty damn perfect to me, but maybe that’s what he meant—a rendition can never truly depict what the creator sees, neither can it adequately convey what is in his heart.

Have you ever had a dream or a soliloquy in your mind that sounded like God’s gift to man, but when you tried to write it down, it stank like a dead whale washed up on the beach?

Van Gogh’s little drawing and later painting, was his perspective, his rendition of the world. It wasn’t a photograph (not that photographs can’t be art), I’m talking about that rarefied experience where a creator’s perception is heightened. It’s like sparkles in your eyes. It’s where a painter wants to slap paint on canvas, a musician wants to pound the keys, and a writer wants to throw up. Are the images I see seen the same way by others? How can I capture that? No wonder Van Gogh had a mental condition.

A painting titled “The Girl on the Pier,” in my novel sparked this line of thought. I want the painting to ignite something ethereal in the viewer, something, magical something that will make the painting more valuable than the subject painted on the canvas.

I want people so awestruck that when they view it that they will plunk down dollars for it at an auction. 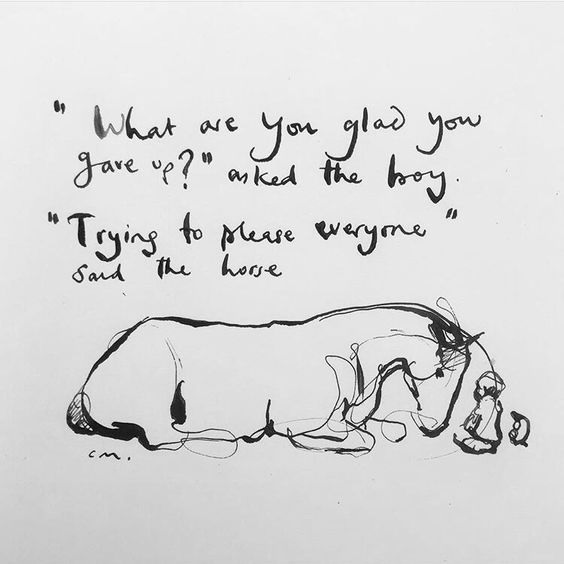 This artist, Charlie Mackesy, is a genius, simple exquisite drawings, lessons on life. I was tickled to find them last night. I do not wish to infringe on a copyright, however I found his drawings scattered about over the Internet, so I'm hoping they are public domain. All credit goes to him.

Notice how in my effort to stay positive, I am refraining from comment about the spoiled brat in the white house who is punishing the American people by shutting down the government to get his own way.