This is Going to Be Weird

I'm guilty of it.

I know it, and yet, for some bizarre reason, I forget.

It's the attitude that runs the show.

Daughter Dear reminded me that our thoughts are a built-in mechanism to tell us if we are on the right track.

If our thoughts run the show, we're in trouble.

We are used to reacting to what we see, hear, or feel. We bounce off reality, or what we think is reality. We jump to conclusions and rail against the injustice of it all.

Take this Covid19 scare, for example. We were driven by fear of getting sick, and of losing our lives. (Well, that's natural.) But, wouldn't it help a bit to focus on what we want instead of what is?

I remember a teacher telling us to see the banquet table as full.

"But master, the table is empty."

I can hear you…"Jo, for heaven's sake, don't be a kook. If there is a killer virus out there, it is prudent to protect yourself and those around you."

Yes, indeed, but to run scared and let the propaganda machine drive us into hidey holes without questioning is irresponsible.

Some say the virus isn't as deadly as we have been led to believe.

Can we test that?

Some say that people don't die of anything but Covid19. If a person goes into a hospital with a heart attack and dies—chances are it's labeled as "Killed by Covid19," for they tested positive. I've read that most people, if tested, have the antibodies for a coronavirus. Perhaps they've had a similar virus in the past. So, a large percent of the population would test positive.

Babies are born every day, and I'm sorry, but people die every day. We don't usually follow the numbers.

But now, death numbers are thrown in our faces daily.

And where did this social distancing come from anyway?

Yes, wash your hands, keep your hands away from your face. Be aware of distance if someone is sick, disinfect.

And there is unemployment.

The government wouldn't want to bite the hand that feeds it. If people aren't working, they aren't paying taxes.

Don't you smell something rotten in Denmark?

Yesterday I noticed how the media wants to keep the word "Killer" in front of our faces. (Oh, heck, it sells.) Now we have "Killer" hornets, and "Killer" white cap mushrooms.

Don't eat any mushrooms growing up in your yard, and get out the bug spray.

I read one blogger this morning who was depressed out of her gourd.

I refuse to go there.

I am grateful for medical science. I remember well the Polio rampage and how thankful we were for the Jonas Salk vaccine. TB used to be a death sentence. They would send TB patients to sanitariums, and they would get better for a while, then relapse and eventually die of the disease. Talk about living in fear. Cough up blood. Whoops.

What I'm not grateful for are FEAR-driven tactics that appear to be good for a few at the expense of the many.

Have you ever had a feeling that something was amiss, but you're afraid you might be wrong? It concerns me for what if we wait too long to wake up?

I have been grateful for vaccinations—my kids didn't get the measles or mumps or whooping cough as I did, they did get the Chickenpox before there was a vaccine. And I had a terrible scare with German measles, as my husband got it while I was three-months pregnant. I didn't remember ever having it. I was shot in both arms and legs with Gamma globin (a substance in the blood collected from many people, figuring someone had the antibodies for the three-day measles). All turned out perfect, but it was a worry. Before our time, many babies and children died of Diphtheria, and not anymore.

However, and I hate to say it, but I'm beginning to wonder if Pharmacia companies have an agenda. What do they want to inject into us? Please don't let it be mercury or zinc or some of those chemical preservatives, or anything that would make us sicker or more susceptible to other invasions? (For which we need another vaccine.) Can we have all vaccines tested by a third party the way they test Cannabis?

Have you seen The Awakening? *I didn't know an Awakening was happening until a dear reader sent me the video. (See below.) Around the world, especially in cities, people are peacefully assembling to protest the lockdown. One lady said, "Well, is this our choice, "Get the virus or starve to death?"

People around the world are mad as hell and not going to take it anymore. Track the money. "What doesn't seem right?

We can't question—we're afraid to.

So, to go back to my original comment on HOW WE ARE FOCUSING ON THE WRONG THINGS:

Instead of reacting to what is, what is we focus on how we want it to be?

I'm having trouble explaining this, although I know many metaphysical teachers ascribe to this line of thinking. If thought creates—then you begin with a thought. "In the beginning was the word."

You might say, "Jo, thinking doesn't make it so."

Yes, but the attitude pulls in more of the same. Have a thought, hold it for a minute or so, and it will attract another thought. It's like iron filings pulled to a magnet. What can we do to fix it? Another thought joins it. Well, we can do this…and this, maybe this, until a solution is found.

Could be, but what if it works?

I'm not a person who's standing on their rooftop amid a flood praying to God to save me while ignoring a boat that comes to the rescue.
I'm going to take it.

Something fun: I wish I had a picture, but I'll have to describe it. A creative family eating out: Two adults and two children had set up a table, complete with a table cloth and settings, and four chairs in the back of a pickup and were having a dinner out. Real civilized opposed to balancing dinner on their laps. They were parked in the middle of an empty mall parking lot that had take-out restaurants along its periphery. Eugene, Oregon. 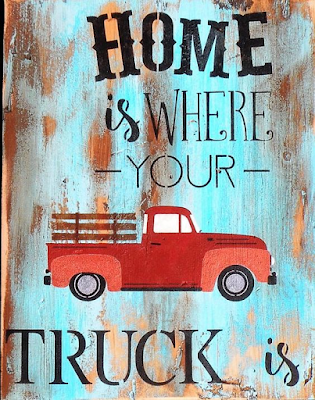 The sixth issue of Where Tigers Belch, was released on November 21.

“You have a point. Are you a kahuna?”

“Yes. Keeper of the sacred word.”

“What is the sacred word?”

“It’s what I am endeavoring to teach you. It isn’t written on some scrolls somewhere by someone more learned than you. It resides in your own being. Listen to it. You let yourself be thrown off-kilter. You know better, but you still do it.”

“I’m not without nerves. I am a physical being. I want to be calm, but sometimes I want to yell out of pure frustration.”

“Sure, why did the great divine give you emotions if not to use them. You suppress them because you know it upsets others. Leave others to their own doing.”

“Wow. You’re something else.”

“Yeah, it takes something else to be sightless and to live in the jungle. Come, I want to show you something.”