The Winter the Music Stopped

I can play music in my house, but out there the concerts are canceled, the street musicians are silenced, the Eugene Hult Center of Performing Arts is closed.

All entertainment has stopped—sports events, movies, concerts, restaurants except for drive-thru, Disneyland, festivals, folks dancing…we can’t even collect at the beach, or visit friends, even family outside our little conclave.

We yell “Hi,” across the street.

It’s quiet. We’re on hold. We’re waiting to be shot down by a bug.

This morning I wanted to buy an item from a store that is closed down, but will take orders by appointment. We arranged a meeting. The man appeared behind a drop-down grate, opened the door about four inches, was wearing a mask and latex gloves, took my money through the slot in the grate and gave me my merchandise. I felt like I was doing drug deal—yet all was legitimate.

When will we trust each other again?

One time I watched a movie where the actor Ralph Fiennes’ character, in a concentration camp, was stripped naked, sprayed with water, and allowed to freeze to death while his fellow inmates looked on in horror. I was yelling (silently in the theater), "Rush them! There is more of you than them." (Sunshine 1999)
No one did. Each person was afraid for their own life. If one person rushed the Nazis, they would be shot.

If one person said, "Let's rush them," the rest of the group would hesitate, and it would be a blood bath.

The only way more of them vs. the controllers with power and guns is for people to communicate, to get together, to have a plan, and be willing to stick to it.

Why did I tell you that horrible story?

Because I don’t want us to lose connection with our fellow human beings. I don’t want us to be so afraid for our own hide that we allow authority to the point of ridiculousness. (Hoarding toilet paper?  Well, that’ll save you from the virus.)

This shows that in moments of fear and crisis we don’t think clearly. That was one reason for the Great Depression—a run on the banks. If everybody else is taking their money out, I better too.

Writing this blog post has caused me to think and rethink. What shall I say? And does anyone really care? People have their own thoughts. Should I comment on current conditions? Should I use my years and experience as a benefit?

I’m hoping this lock down and warnings will end up as it did after the 60’s when people were building bomb shelters in their back yards.

I tried to find a cartoon that expressed that situation succinctly. The picture was of a couple who crawled dazed and confused out of their bomb shelter, presumably after a number of years, only to find that their shelter was buried under a landfill.

Beyond the garbage, the rest of the world was playing in the sunshine.

Does this represent some sort of mind set? Ones who think garbage, see garbage? Ones who see the lightness of being, find that?

"Stay at home," they say. "Close your business," they say. "We are protecting you." "You're doing great. Do more of the same." "Wear masks."

Heavens, now I can't even understand the mumbling that comes from behind those masks.

We can't read people's faces—for a lot of speech is understood by watching the face, and we lip-read a bit even when we don't know we're doing it.

When I heard that You Tube was taking down dissonant voices, I was concerned about censorship, but then YouTube, being a private organization, can monitor their content.  Every kook can sing.

I still hold fast to the idea that we can trust people enough to let them make up their own minds, that people can speak their piece, and that we could sort through the morass.

That's what they taught me in college, but that was a good old liberal arts school in the olden days.

I also remember the quote from Abraham Lincoln, not the man, just the quote, I'm not that old. "You can fool some of the people some of the time, but you can't fool all the people all the time."

I trust the ingenuity of the human race. I trust the independent thinkers. Still, I was alarmed at how people fell into lock-step over a "Killer" virus that has about the same death rate as the flu of previous years.

I admit that with all the voices speaking, theorists, epidemiologists, professionals from various walks of life, and doctors with a line of credentials a block-long, have stories to tell, and they all sound credible. Even fair-minded disconcerting people have a hard time telling fact from fiction.

I just deleted a list I had made up of possible scenarios regarding Covid19. It all made my head hurt. No, I think it was more a heart-hurt.

When someone says they haven't been out of their house for a month, I think, don't you have a yard? What's wrong with walking down the street?

And to close down outdoor spaces is ludicrous. The emissions from our breath floats about three feet, so six feet ought to be safe. Go outside. Bask in the sunshine, enjoy nature's bounty. And look at each other for heaven's sake.

Since this virus scare began, I have tried to relay fears. But what voice do I have compared to billboards that say, “STAY HOME. SAVE A LIFE. It is like being admonished as children, “Clean your plate, there are starving children in Africa.”

I have often written about how our brain is wired to go into fear. That  aspect of the brain protected the human race for millennia. But there is another aspect. FEAR controls us.

I don't know what to make of this, and I'm not an authority, but then they also taught me in college that an expert is just a drip under pressure.

Here is some data worth considering:

"The only means to fight the plague is honesty." Albert Camus, The Plague (1947)

1.    According to data from the best-studied countries and regions, the lethality of Covid19 is, on average, about 0.2%, which is in the range of a severe influenza (flu) and about twenty times lower than originally assumed by the WHO.

2.    Even in the global "hotspots", the risk of death for the general population of school and working age is typically in the range of a daily car ride to work. The risk was initially overestimated because many people with only mild or no symptoms were not taken into account.

4.    Up to one third of all persons already have a certain background immunity to Covid19 due to contact with previous coronaviruses (i.e. common cold viruses).

5.    The median or average age of the deceased in most countries (including Italy) is over 80 years and only about 1% of the deceased had no serious preconditions. The age and risk profile of deaths thus essentially corresponds to normal mortality.

6.    In most Western countries, 50 to 70% of all extra deaths occurred in nursing homes, which do not benefit from a general lockdown. Moreover, in many cases it is not clear whether these people really died from Covid19 or from extreme stress, fear and loneliness.

7.    Up to 50% of all additional deaths may have been caused not by Covid19, but by the effects of the lockdown, panic and fear. For example, the treatment of heart attacks and strokes decreased by up to 60% because many patients no longer dared to go to hospital.

8.    Even in so-called "Covid19 deaths" it is often not clear whether they died from or with coronavirus (i.e. from underlying diseases) or if they were counted as "presumed cases" and not tested at all. However, official figures usually do not reflect this distinction.

To read the entire report please go to https://swprs.org/a-swiss-doctor-on-covid-19/

"We have learned to live with the flu, which can cause up to 80,000 deaths a year in the U.S. and between 300,000 and 650,000 worldwide. It doesn't invoke widespread fear, dread, and hysteria. Life goes on. People go out in public, eat at restaurants, drink in bars, fly in planes, take mass transit, attend sporting events, and congregate in other large indoor settings.

"We cope with it by washing our hands with soap and water for at least 20 seconds, avoiding close contact with people who are sick and covering coughs and sneezes.”

The Spring That Laughed in Flowers: 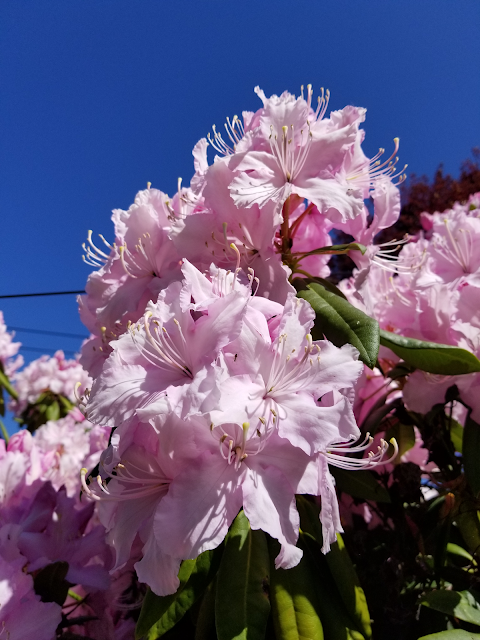 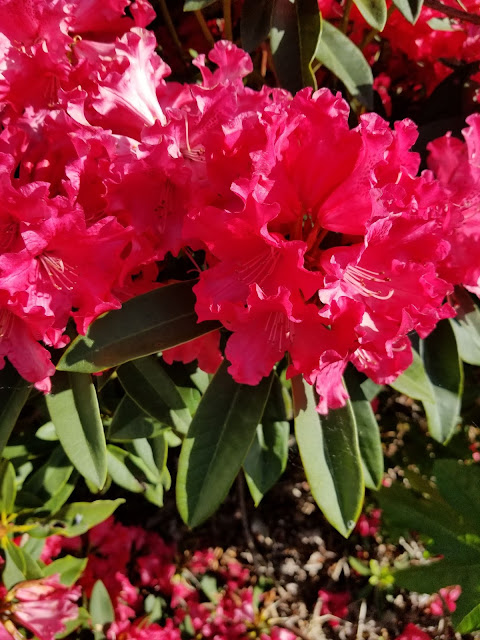 The Chickens that Clucked with Eggs

From 5 hens with love, 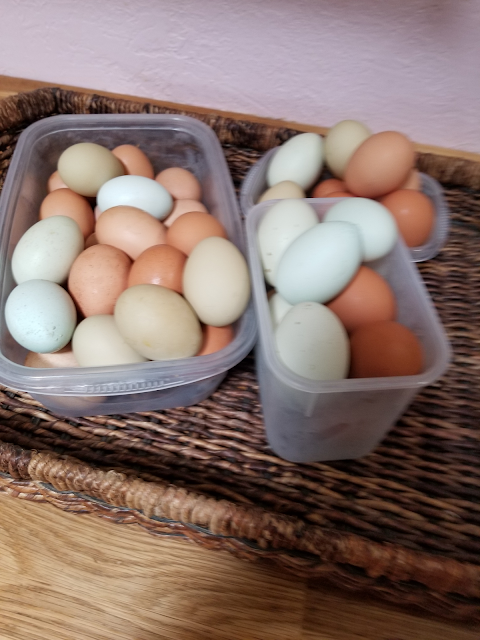 And at home I have something to celebrate

Someone is reading my book! 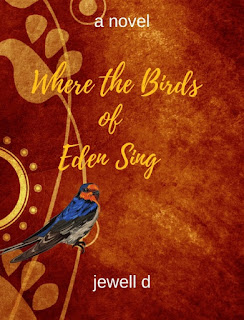 They told me the dog ought to be a Sheltie.
A Sheltie in Africa?
Well, ok.

I'm tickled that someone is reading Where the Birds of Eden Sing. This book has been long in coming, on the shelf, off the shelf, an act of love, a dream come true, and finally visited by the muses giving it one spark of completion.

Now, if I could get more than one person to read it…

(Someone liked it and I posted only last night. Yippee.

Chin up.
Think big.
Go for your dreams.
Don’t let anything stop you.
Protect the little ones. 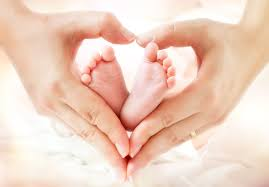 P.S. A Llama just might have the antibodies we need . How cool is that?