Go for it, don’t Wait. We can’t let world conditions, fear, or procrastination stop us.

Thanks for stopping by. You’ve found me. I’m grateful. If you’ve signed up I’m doubly grateful, for I just read that 75% of people who find your site, won’t find it again. Well, shucks. I thought we were friends. And, never fear, your email is safe with me.

In our neck of the woods…
Daughter Dear took Little Boy Darling out for a hamburger at a drive-thru, and along the way, he saw a sign that said, “Stay Home. Save a life.”
“I wonder,” he said, “how many people we’re killed.”


And after reading Mickey Spillane's quote: "The first page of a book sells that book. The last page sells your next book," I wonder if Obi, our cat, should write the first page of my novel. He likes to walk over my keyboard, and that would be okay if he wrote something profound, but it's more like "Asdfgghibemt88888." 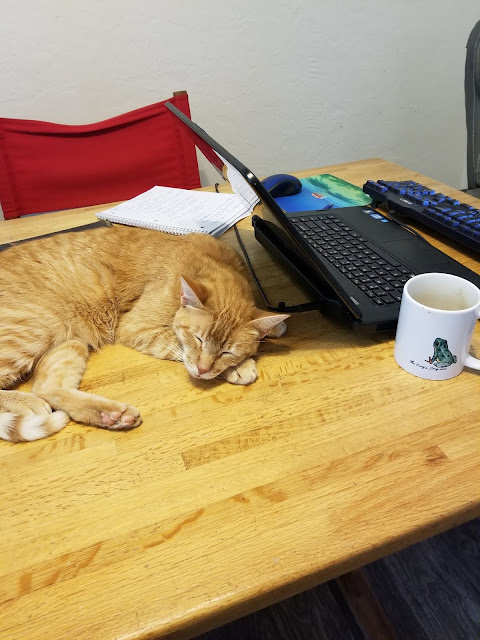 Maybe he's the angel sent to help me, for I've had help. While I have the thought that if I can screw something up, I will, once in a while, Divine Providence comes to my aid. This time it kept pointing out that something was amiss with my Kindle publication. I kept finding little errors, changing the content, waiting the 72 hours until it came live, for I couldn't modify it until it was published. (I give Amazon credit, they were faster with the publication than the 72 hours allocated.) Finally, I got a thump on the head, telling me to go through the entire 300+pages again.

I found that a critical passage was entirely missing. Not only that, but Chapter 34 went straight to Chapter 36. Whoops, what happened to 35?

Thank you, thank you, oh Great Protector of Writers.

You may be getting tired of me talking about my novel. However, as the coronavirus has occupied people's minds for the past month, the formatting of this novel has occupied mine.

I was determined to have it completed and placed on Kindle.

And what did I find on Kindle?

I found that if you have Kindle Unlimited, you can read my book FOR FREE. (Buying it is only $2.99, and you can lend it.)

There's a catch for me—not you. If you acquire it for free, I will get a royalty only if you read it. Sneaky Amazon, they know how much you've read. I get a little compensation from Kindle Unlimited, (a monthly service)  if you read 10%, more if you read the whole thing. I understand why they would require a reading before a payment, for that would rule out people who clicked simply to get numbers.

Of course, you will want to read the whole kit and caboodle of Where the Birds of Eden Sing. You'll love it.

I've read it 6,000 times; actually, I don't know if I'm exaggerating or not, but every time I go through the manuscript, I love it. It could be that it has become for me like watching old nostalgic home movies, but I'm trusting that others will enjoy it. (A minor character just popped into my mind. I know that person. He was raised a farm boy but found in college that he had no propensity for agriculture, but was a near-genius at math. He wore white shirts with the sleeves rolled to his elbows, and had a ballpoint pen in his shirt pocket. And when you hugged him you had to be careful less you get skewered by that pen, and when you pulled away the scent of  Mennen Skin Bracer aftershave lingered on your cheek. That's Ralph Sherman, one of the many people that populate Where the Birds of Eden Sing).

While I was ready to whoop it up in having Where the Birds of Eden Sing published on Kindle, and I will, "WHOOP, WHOOP!" Last night, though, I had a strange reaction, and it had to do with our present restrictions.

In the book, the characters travel a lot. They can hop on a plane almost at a moment's notice and fly to wherever they have set their sights. (Their journey covers three continents.) They can be light and have fun, and go to restaurants and museums. This gave me cause for pause. Is Paris locked down as we are? Can you climb the Eiffel Tower?

The world has changed. I was impacted by a line in the documentary Bombshell (Netflix) about Hedy Lamarr. While she was considered the most ravishingly beautiful woman in the world, she was not honored until late in life for also being an electronic genius. Near the end of WWII, when the US was almost losing the war to the Germans, she heard about a torpedoed ship where over 200+ civilians and 80+ children were killed. While people often feel helpless in such times, Lamarr said, "I have to do something about this."

Lamarr had an interest in electronics fostered by her father, who guided her in childhood, so she set out to "do something about it." She invented "Frequency Hopping" to thwart smart torpedoes. The military told her, "Little lady, you would do more good selling War Bonds, than playing with torpedoes." Her patent was buried and later found that it had been used illegally. In later life, she was given a banquet to honor her contribution. She didn't attend the banquet, being a recluse by then, but her son did, but she said she was happy to have contributed.


Today Lamarr's "Frequency hopping" (the sender of radio signals and the receiver are coordinated, while their frequencies are synchronically flipped so an outside signal can't get in) is used in Wifi, and cell phones, and today the technology would be worth about 30 billion dollars.

Lamarr quoted a poem by Kent Keith (1968), "The Paradoxical Commandments." (Often referred to as "Do it Anyway.") 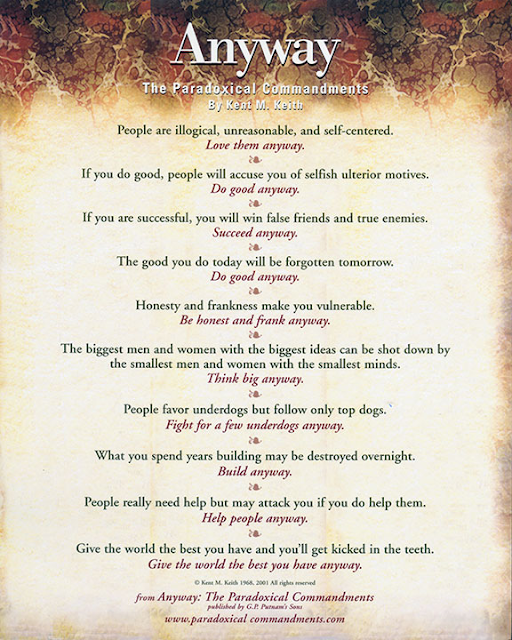 The encouraging part of this is story is that some people will say, "I have to do something about this, and they do it."

Here I am releasing a simple little book, nothing world-shattering, but the current world situation was the kick in the pants for me to get ‘er done. We can't wait around for later, or when the time is right.

Before our lock-down, I was impacted by Tom Dunne, who was Rosamunde Pilcher's agent. His suggestion to her was to write a big fat novel for women. A good read. Something to get the teeth into. And above all, that tapped into her life and encompassed her life- span. She wrote her bestseller, The Shell Seekers when she was sixty years old.

I'm not going to tell you how old I am.

I will tell you that not only does Where the Birds of Eden Sing encompass 40 years, but it has also been in the writing stage, off and on, for 40 years. Whether it's a good read or not, only you can judge.

But now it is imperative that I release my little bird and see if it can fly. 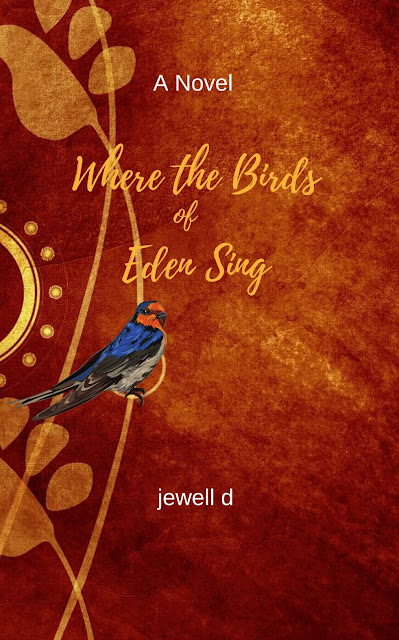 The next step: I'm off to type-set a real-live, paperback…the industry calls it type-setting, although it is digitally formatted.

If you're tired of Netflix, how about reading a novel—mine. You might notice that it is written by jewell d, so you can blame her. Just typing in the title Where the Birds of Eden Sing to Amazon.com works. Also this link: