"Let us live so that when we come to die even the undertaker will be sorry."—Mark Twain.

Have you ever said, "Gosh, I wish this writer would take longer to get to the point?

Hee hee, bet not. Try reading some of those ads where they believe if you stay on their site for three miles of text, you're more apt to buy. It drives me crazy.

Have you spent the last couple of months shuttered up in your house?

This spring is not to be missed.

The tree in our backyard looks like it has grown a third since last year.

The wild irises on my daughter and son-in-law's property are in full chorus. (Mother's day 2020) 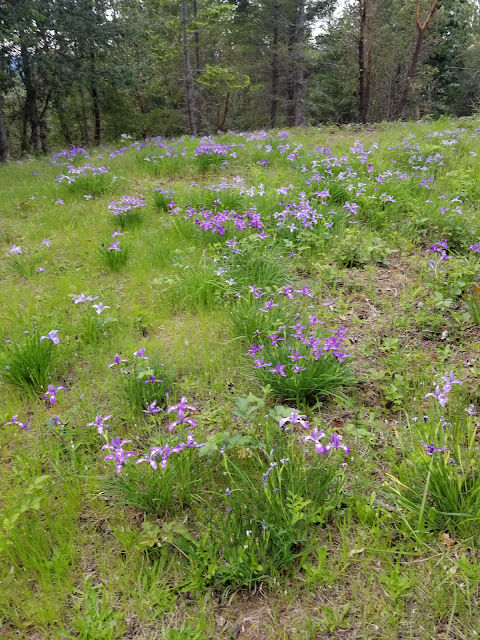 The world is laughing in flowers. The rhododendron we cut down two years ago upset the lady across the street for she lamented, "That bush was 60 years old." Well, we left a stump and look at it now. Maybe it will make the lady believe in reincarnation. 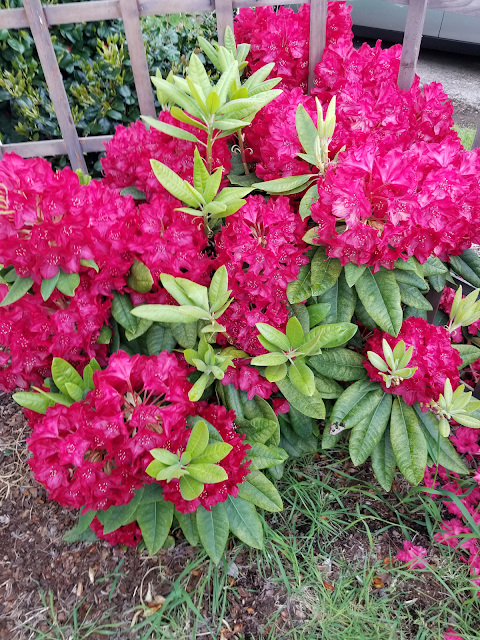 The birds are reproducing like they believe the world will continue.

I tried to get a picture of our neighborhood Prince Charming when I found him behind our house with his tail unfurled. As soon as I approached with a camera, he dropped it. Probably he was hoping for a lady peacock, poor baby. On our block he’s the only peacock. 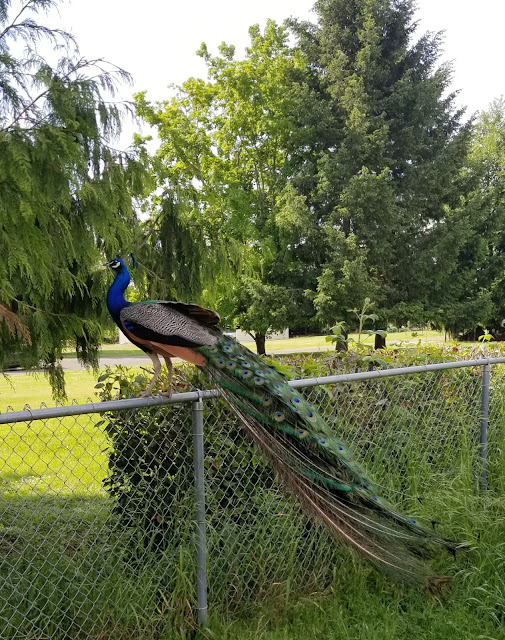 Okay, after all the wonderfulness out there, I wrote an entire blog on dilemmas, looking at the world right now, how I felt about world conditions, how they were forcing us into being vaccinated, how the Big Pharma was, in 1986, released from responsibility of any illness or deaths from their vaccinations. I found that nearly six million children under the age of five die each year, yet the majority could be saved by medical treatment or prevention measures.  I wondered what the “truth” was. Was there a big scary virus out there out to get us, or have we been fed a bill of goods? I wondered if human beings were worth saving.

And, of course, I was screaming that we are!

And then I got a psychic thump on the head.

This morning I was wondering about manifesting, and affirmations after I read of one lady who won the lottery by visualizing that she would win. She “saw” 112 million dollars, she affirmed the numbers. She visualized what she would be wearing when she won the lottery, and how she would use the money.  She wanted to gain custody of her brother’s five children after he was killed in a car accident

She won the lottery. And she won the custody of the children.

So, I wrote down an affirmation for my book, Where the Birds of Eden Sing. As soon as I completed writing it and closed the file, another file popped onto my screen. It was written in October 2028, in One Note. I was writing in Word, not One Note. Where did that come from? The title was: “I Don’t Need a Water Purifier, but I Need This...” and it was about manifesting.

I posted it on https://wherethebirdsofedensng.com.

And then a few minutes later the lady from across the street who had worried about our Rhododendron being cut down, knocked on my door. That was the first time ever. She is extremely elderly and rarely gets out of her house, I have met her on the street. “I’m in trouble, she said.”

She had gone into her back yard and locked herself out of her house.
There was a key in a shed behind her house, she said, but she couldn’t get into it.

I could see why. It had a sliding barn door, that was off the track on one side and gouging into the ground. Luckily the door was standard size, not a big barn door, and I managed to open it big enough to squeeze in.

We got the key and opened her door.

She said: “When I saw you on the Bobcat, I wondered what in the heck you were doing, then I read your memoir and figured you could do anything.”
I was shocked. “You read my book?!” (The Frog’s Song)

“Oh yes, I loved it. I’ve been to the Big Island, didn’t live off the grid though, and the restroom at Black Sands Beach wasn’t so good.”

“I think they have rebuilt it since you were there,” I said, “It had a good restroom.

I thank You God for this most this amazing / day: for the leaping greenly spirits of trees / and a blue true dream of sky; and for everything / which is natural which is infinite which is yes.


I Don’t Need a Water Purifier, but I need this...