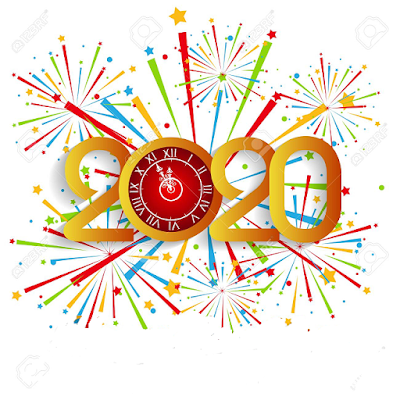 Something about 2020 seems hugely significant.
Perfect vision, maybe?
Okay, folks, here we go. First, before reading this, rub your palms together and place them over your eyes, lean your elbows on your desk and relax...give it a few minutes.
Are you back? Now isn’t that better? Does the screen look a little sharper? Nope, not for me, I had to put on my glasses. But when you send love to a part of your body, can’t you feel it smile a little?
My most popular blog of 2019 was the article I wrote on vision. “Check Your Eyeballs” February 19, 2019, and because I got requests for more information, I wrote “Hello Beautiful, Check Your eyeballs II, April 16, 2019.

I’m wondering if anyone used the suggestions presented in those two articles. If so, what were their results?
You know, though, in speaking of 20/20 vision, I am talking about more than seeing with your physical eyes. I am also speaking about the clear vision of seeing with your heart, spirit, whatever you wish to call that mysterious knowing.
But, let’s talk about physical vision for a minute: Remember this quote? “Suppose,” wrote Matthew Luckiesh, Director of General Electric’s Lighting Research Laboratory, “that crippled eyes could be transformed into crippled legs. What a heart-rending parade we would witness on a busy street! Nearly every other person would go limping by. Many would be on crutches and some on wheelchairs.”
Fascinating isn’t it that the medical profession believes that almost every part of the body is fixable, but the eyes are mechanisms that can be helped only with mechanical means, like glasses and surgery.

When the legs are injured, they make every effort to get the person walking again.

I’m happy the optometrists and ophthalmologists have laser surgery and chemical treatment for serious conditions like glaucoma and infections. I’m not discounting how physicians can fix a detached retina, and other injuries, what I’m addressing is that there is more.
With the eye, we have an extension of the brain reaching out into the world, and we know from other exercises such as “Patterning” (crawl therapy) that while the brain can teach the body, the body can teach the brain.
Once my husband and I volunteered to help a teenage boy who, following a simple tonsillectomy, woke up unable to talk except for mumbling a few swear words. Neither could he sit or walk or crawl.

When we left the program to have our baby, he could crawl--more like a scoot, down a hallway of his own accord.

His parents were using the Doman-Delacato method to build new synapses. Doctors Doman and Delacato developed a system they called patterning for brain-damaged children. It was putting the body back to its crawl stage with the help of volunteers, and allowing the body to rewire itself.
The way to do it is to have at least three people “pattern” the person as though he was crawling.
One person turned the head from side to side as two others moved the arms and legs into a crawling pattern.
I heard that the author Roland Dahl used this method after his pregnant wife, Patrica Neal, had a series of strokes that put her in a coma for 21 days, It left her paralyzed, unable to talk, and virtually blind. Dahl knew that a brain will quickly die if not used and resorted to a brutal therapeutic program that restored the use of her body. However, she never regained sight in one eye.
She and most everyone else thought her acting career was over. Yet, in 1968, three years following her strokes, she obtained an Academy Award Nomination for the movie, The Subject was Roses.

In 1963 she had won the best actress Academy Award for Hud, a movie with Paul Newman.

Patrica Neal lived to be well into her 80’s.

Aldous Huxley sent me down the Vision road after I read an account of his book, The Art of Seeing. I already knew of the Bates method having taken it professionally in San Diego in the later part of the 1980’s. When Huxley spoke so eloquently about sensing the environment as well as seeing it, I was moved to mention my own experience.
Some people will grumble that the Bates’ method is dangerous or ridiculous, and it has been discounted by many. Yet, people had astounding results, myself included. I left my therapist with 20/20 vision.
People jump on  “sunning” the eyes as dangerous. Yet they fail to read, DO NOT LOOK AT THE SUN.
I explained the procedure in Check Your Eyeballs. You close one eye, look down with the other, and while looking down, hold that eyelid up, allowing the sun to shine through the white of the eye--NEVER THROUGH THE PUPIL. You can burn a hole in your retina that way.
You know how, when you go from the house out into the sunlight, how it can pain the eyes, or make you squint? I remember driving down the hill from Rancho Santa Fe into San Diego, and noticing that the sunlight didn’t hurt my eyes.
Huxley wrote, “At the present time, my vision, though very far from normal, is about twice as good as it used to be when I wore spectacles, and before I had learned the art of seeing.”

In the preface to the book, Huxley describes how, at the age of sixteen, he had a violent attack of keratitis punctata which made him nearly completely blind for eighteen months and left him thereafter with severely impaired sight. He managed to live as a sighted person with the aid of strong spectacles, but reading, in particular, was a great strain. As his reading ability became worse, he sought the help of Margaret Corbett who was a teacher of the Bates Method.

Isn’t it strange how systems come and go, get discounted, are misused, and then swept away? Professionals poo-poo it, and people lose faith in it. It is so much easier to pop a pill or put on glasses.

I wear glasses, but not all the time. Eyes, like our bodies, fluctuate, and I don’t want to force them to become fixed by a prescription. One’s general health or lack of it, tiredness, boredom, emotional states all affect the eyes. Using the Bates method takes a lot of work. It’s exercise. It requires discipline.
But then, how much work does it take to stand up and swing your torso and arms from side to side allowing your eyes to softly sweep the room?

And some think that stress causes us to tighten the muscles around our eyes, and thus alter the shape of the eyeball. The idea is to relax those muscles.
You will find on my sites that I am into Mind, Body, and Spirit, believing that we are a total entity and that everything works together. What affects one aspect of our lives is likely to affect another.
Today, I tuned into Dr. Christiane Northrup (Women’s Bodies, Women’s Minds), who uses the Bates Method. She said that yes, she wears contacts, has since she was a teenager. However, unlike some who go to the doctor every year and are fitted for stronger glasses, her eyesight has not deteriorated.
“People often ask me what is the most effective technique for transforming their life. It is a little embarrassing that after years and years of research and experimentation. I have to say that the best answer is—just be a little kinder.”
--Aldous Huxley
Posted by Joyce at 12:55 PM