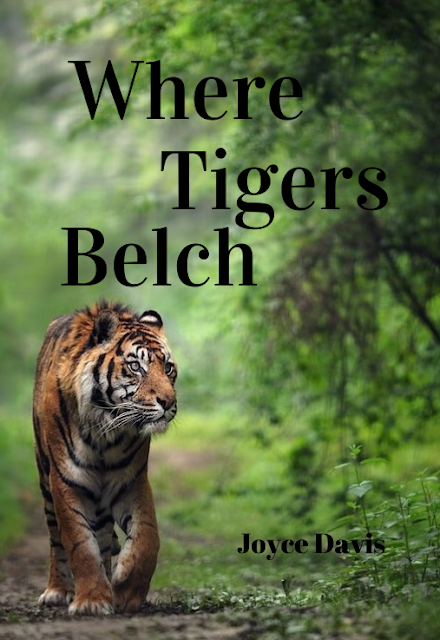 "May your rivers flow without end, meandering through pastoral valleys tinkling with bells, past temples and castles and poet’s towers into dark primeval forest where tigers belch, and monkeys howl...beyond that next turning of the canyon walls."--Edward Abbey

What if life was always happening FOR YOU instead of TO you?

This morning I heard Tony Robbins say that the heart is a gift given to you because someone loves you.  Isn’t that cool? Think of this; your heart started beating before you had a brain.
Now researchers are saying that the heart has an intelligence.

What if the heart has your answers?

Give your poor brain a rest. It has been trying to figure out your problems, situations, experiences for decades.

Most everyone has suffered or are suffering. More than half of people you ask say they are under stress but consider instead of trying to solve it logically, Ask your heart for the answer.

Place both hands over your heart, close your eyes, tell it your situation and ask for a solution.

We hear so much about stress being bad for us that we are afraid to have any, but consider that some stress is good for you.

Richard Dienstbier’s (1939) theory of mental toughness suggests that experiencing some manageable stressors, with recovery in between, cn make us more mentally and physically tough and less reactive to future stress. One possibility is that such experiences lead us to view stressors as more manageable and become more skillful at dealing with them.

Here are three points to consider:

See why I’m encouraging people to do what they want to do? Besides, this is the time for the entrepreneurial spirit to blossom.

So, what’s with a tiger belching?

We’re not on safari here, although I wish we were. We’re here to find the spot, that spot that lights our fire. It’s where the tiger belches. I could say sleeps or lies down, or roars, but I like Abby’s lyrical poem, so I’m saying, “Where it belches.”

Here we intend to find the thing we love so much we would do it even if we didn't get paid. Maybe you’re doing it already.

The purpose of this little booklet is to delve into your true nature and find what it is you want to do. That’s where your tiger burps.

Do you ever read those fabulous accounts of people traveling the world, writing about it, and earning a living making six figures?

Drives you batty doesn’t it?

Let’s get honest here. We all want that. We all want to live life on our terms. We aren’t lazy people. We want to work, or should we call it play? We want to play at the thing that feeds our soul and contributes to the planet and its people. Too much to ask?

I don’t think so.

So, let’s dive in and see where it takes us.

This road to the tiger will be an adventure, and while adventures are often wrought with strife, and the possibility of all hell breaking loose is ever present, there is a gift at its end.

Joseph Campbell in The Hero’s Journey.called it a “boom.”

A boom is a gift the adventurer takes home to the tribe.

Most every time I mention this adventure thing to my daughter, she asks, yes, but how can we get paid?

We’ll get to that.

I read a story about a woman who wanted to watch soap operas all day. She was an ingenious soul, and this was before smart TV’s and Video recordings, so people often missed their favorite Soap Opera, and thus missed out on some important plot twist. She decided to write a synopsis and print it in a little booklet that came to be known as The TV Guide.

The more we are excited about something, the more we will work to make that thing happen.

Consider this: The Great Spirit is thrilled when we are excited and conspires to help us.
Why do I like to write?

I have to watch when I’m writing that I don’t leave the water running or a pot heating on the stove/ When I sit down to the keyboard time evaporates. That’s my thing that puts me in a no-time-zone.

Strange that I like to write considering when in grammar school, and a teacher gave the assignment to write a story, my mother had to sit on me to get me to do it. But come to think of it I had a little science fiction story placed in a display window in our provincial town of The Dalles, Oregon. There must have been a budding writer in me despite my reluctance.

(At first the hero refuses the call. The Hero’s Journey.)

A day came, though, when I heard the call and answered. (My tiger burped that day.) I had driven my two girls to school and parked outside a McDonalds’ Drive-in, having just purchased orange juice and coffee. Sitting in the car sipping my coffee, I asked one of life’s persistent questions: “What do I want to do with my life?”

“I’d like to write,” I heard myself say, “that is if I had anything to say.”
Testing that anything lurked in the recesses of my mind, I wrote a little children’s story-now lost, but I haven’t shut up since.
That was forty-some years ago.
Now I’m a writer like a dog is a dog—that doesn’t mean he’s a good dog. (I don’t know where I heard that, but it applies.)

I shouldn’t have believed the person who said, “It takes twenty years to become a writer.” For some people, it doesn’t take that long, but I considered that a possibility and responded, “Does that come with a guarantee?”

This summer as I sat at the author’s table at the Lane County Fair in Eugene, Oregon, attempting to sell copies of my newly published book The Frog’s Song, a lady called across the concourse, “How long have you been writing?”

“Since the day before God was born,” I called back.

Haha, funny lady, but she didn’t buy my book.

Blogging is a tremendous avenue to practice writing and to express oneself, but writers, I don‘t know if you should read your old blogs. They might inspire you to do better, or they might embarrass you, or it could be that they will make you throw up.

I asked the Great Powers that be to have a book accepted for publication. That happened last year. The next time I will also ask to have it sell.

I read that the Beatles spent ten thousand hours performing their music before they hit the big time. And we thought they were an overnight success.

In her book Finding Your Way in a Wild New World, Martha Beck mentions the ten thousand hours rule to perfect one’s craft. Musicians usually spend that long to become proficient, as do artists of other endeavors. But listen to this—perhaps you have already spent ten thousand hours on something you love without ever dreaming that it could segue into a profession.
Think about it. What do you love to do? Maybe it’s doodle—I’m sure there is art there.

Another successful entrepreneur loved her husband but was tired of his grunting and answering in monosyllables. (Maybe she listened to his grunts for ten thousand hours) She watched a show on training exotic animals, and decided to apply their training methods to her husband, Basically, it was, “Reward what you like, ignore what you don’t like.” After collecting data, she wrote a book, What Shamu taught me about Life, Love and Marriage to a rousing success.

Maybe I’m choosing the wrong subjects. Training husbands sounds more sellable than frogs singing.  Perhaps I should have titled it “What I Learned on a Tropical Island While Living Off the Grid.” 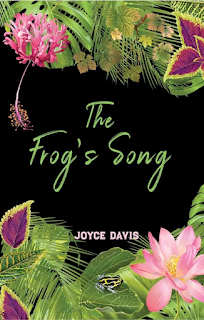 The frog is me. I croaked the words, but then the lovely coqui frogs lulled me to sleep at night singing their little jungle sounds.

Yes, we want to make a living, but I also want to encourage you to do the thing that lights your soul.
In finding your own special something, Martha Beck suggests this exercise:
Sit in a room and allowing your eyes to glide over the objects that can be found there.  (Don't sit in a blank room.) When a particular object attracts you, stop and ask yourself why you chose that.  Next, write down its characteristics. Third, ask how can those characteristics pertain to your business. And what business might that be?

Don't judge yourself. Be as stupid as you can. That frees your mind. Allow yourself the keep doing it, over and over. Maybe in the process, you will hit on that one thing, or more than one. You’re allowed.

Quick. Your tiger can feel a burp coming on.

As I tried the experiment, my eyes landed on one of those little plastic orange pill bottles sitting on the bookshelf.

What attributes did it have? Well, it was a container that held something good, and it had the intention of being beneficial and healing. It was a small container, common, apparently insignificant, but held mighty ingredients.

How could I use that as a business? A webpage is that. Small, apparently insignificant, but holds mighty ingredients.

II
Our True Nature--to be continued