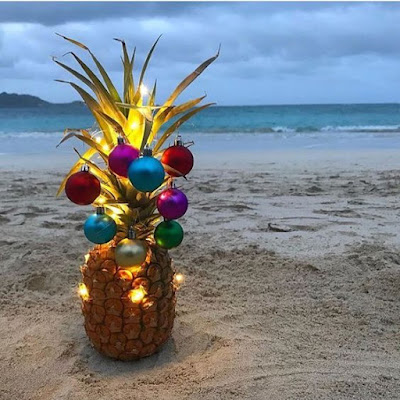 It was just before Christmas--with temper short and to-do list long when a Unitarian Minister received a pounding at the door.
Heavy sigh. What Now?
Outside stood a very small person wearing a cheap Santa Claus mask yelling “TRICK OR TREAT’ at the top of his lungs.
What?
This is Robert Fulghum’s story. Remember him?
In 1986 Fulghum wrote a brief Credo that took on a life of its own. Today we would say it went viral.
Every spring Fulghum had made it a habit to write a personal statement. Sometimes it was as long as a Supreme Court brief, however, that year he gave himself the task to reduce it to one page.
He read his Credo to his congregation, and later at a primary school celebration. As luck would have it, Senator Dan Evans was in the audience. Evans requested a copy of the Credo and took it back to Washington where it was eventually read into the Congressional Record.
From Washington, it went to The Kansas Times. Larry King read it to millions, and a literary agent called Fulghum asking, “Have you written anything else?
As a matter of fact…
Over the years Fulghum had made a habit of writing uncommon thoughts on common things.
Fulghum knew that wisdom was not at the top of a graduate-school mountain, but in the sandpile at Sunday School.
That disgruntled day before Christmas when Fulghum opened the door and stared at the Santa Claus mask, the little person below it was shaking a bag. “Trick or Treat.”
Fulghum reached into his wallet, found a dollar bill and dropped it into the bag.
The mask dropped and an Asian kid with a ten-dollar smile Fulghum recognized as Hong Duc, as a recent immigrant from Vietnam. The kid had been there at Halloween looking like a Wise man with a towel tied around his head.
“Want-a-hear some Caroling?” asked the semi-masked person.
“Sure,” says Fulghum expecting to see a choir jump from the bushes.
“Where’s the choir?” he asked.
“I’m it.” says the boy and begins to sing Jingle Bells, then reverently with head back and eyes closed he sang “Silent Night, and as I read this to my husband I laughed until I cried as the little fellow belted out, “ “Hark the Harry Angels Sing.”
Wet-eyed, Fulghum dropped a five-dollar bill into the bag and received a half-eaten candy cane in return.
Flashing that ten-dollar grin, the kid turned and ran from the porch,   “God Bless You—Trick or Treat” he yelled as he continued to deliver Christmas door to door.
“I’m it.” He had said.
While Fulghum pondered whether he ascribed to any of the Christmas hype, the wise men, the babe in a manger, and the town of Bethlehem is the pit, he said, according to people who have been there.
And yet, right down the chimney came Saint Hong Doc, confused about the details, as most of us are, but knowing that he was IT.
Well, here was Christmas in July, and me at a recycle warehouse with a book falling into my hands.
It’s semi-sweet there in the recycle place, feels like a graveyard with old books sitting on old shelves, a dollar a book, two dollars. People’s life stories.
Good people. We hear now comments like “People are no damn good,” and with a polarized society, we wonder, and yet in Fulghum’s day 70% of the people felt they could trust people.
Trick or Treat—God Bless.
This Credo has been copied over and over so I feel I can put it here:
All I Really Need to Know I Learned in Kindergarten
By Robert Fulghum
Share everything.
Play fair.
Don’t hit people.
Put things back where you found them.
Clean up your own mess.
Don’t take things that aren’t yours.
Say you’re sorry when you hurt somebody.
Wash your hands before you eat.
Flush.
Warm cookies and cold milk are good for you.
Live a balanced life—learn some and think some and draw and paint and sing and dance and play and work every day some.
Take a nap every afternoon.
When you go out into the world watch out for traffic, hold hands and stick together.
Be aware of wonder.
Posted by Jo at 6:06 PM