The Rain of Wisdom 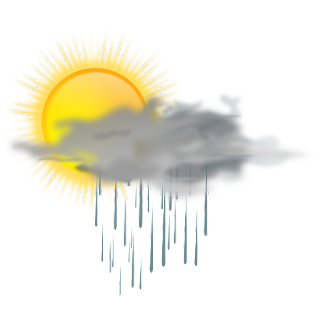 “The whole problem with the world is that fools and fanatics are so certain of themselves and wiser people so full of doubts.” –Bertrand Russell

Well, well, People from Europe came to this country and decided they couldn’t or wouldn’t live with the natives, so they ethic-cleansed them. Those who survived the cleansing were put on reservations—reservations on their own land! And the worst land too.

Their buffalo, a great food supply, were exterminated for sport, leaving great amounts of precious meat to rot. The shooters became celebrities.

Slaves were brought in, stolen from their country to do the dirty work, and when others of our own country objected, a civil war broke out.

After a President proclaimed the slaves free, someone shot him.

When Jewish people slipped past a great statue that proclaimed “Send me you're tired, you're poor, your hungry masses yearning to breath free,” those hungry masses faced ostracism, racial slurs, were kept out of prep schools, clubs, and everyplace those white men held dear.

The Chinese immigrants were used and abused, the Irish, escaping religious prosecution and famine were “bought” as indentured servants who were under a master’s control for 5-7 years, later reduced to 2. German intellectuals, artists and scientists fled to the US and being of higher economic status integrated into, the farm folk, especially the Mennonites and Amish didn’t fare as well. Japanese citizens of the United States were incarcerated for no other reason than their heritage, and FEAR that they would join their countrymen in a war.

NOW, this great country whose battle cry has been FREEDOM is now building a wall separating this great land from another great land South of the border, all for the simple fact that their people come to American seeking its dream. (Cut it out about illegals, drug dealers, and rapists)

We have an accused rapist living in the White House. (Shhh. It’s hushed up.)

Oh, he speaks his mind—we love that. Yes, but do we like his mind?

The term Rednecks has become a slur, although initially, the red bandana around the neck meant Union members were on strike and became known as rednecks. Finally, they had found a way to lobby for better working conditions and higher wages.

Immigrants provided the labor that built America. And they were looked down upon because they were poor, and many were uneducated.

We have always shunned the new, the different, the stranger, the out of place person, those of lower rank.

Is it nature or nurture?

In the wild, many prey animals of the same specie look alike, Zebras, deer, antelope. If a Zebra looks different, the group knows he will soon be long gone, for he will be eaten by the predators. He stood out, same with the misshapen, the lame, the old, the sick.

Whatever it is, nature or nurture, advertisers, the media, salespeople, and politicians use our psychology against us.

I know I’m not telling you anything you don’t know; I just wonder why?

I do know that the Number one way to control people is through FEAR.

Many say they will give up some of their freedom to be safe.

From Mark Manson (Why You Can’t Trust Yourself), I got the following two points:

1. We Are Biased and Selfish Without Realizing It.
Have you ever done this? You see someone running a red light and exclaim, “What an Idiot. Trying to cut 3 seconds off his commute. He’s a menace on the road--putting everyone in danger. Where’s a policeman when you need one.”

And then one day you accidentally slip past a red light. “Well heck,” you say. “I didn’t see that. Well, nobody was hurt.”

We tend to diminish our own mistakes but make a big deal out of others. I don’t know if wanting to excuse ourselves while laying blame on others is caused by nature or nurture, but it is more often than not it is unconscious. Fear of looking bad? Wanting to be better than others? I don’t know. Fear of punishment? Maybe.

You know that in domestic violence, the abuser justifies his behavior because the little woman made him mad. It’s her fault, and she deserved it.

“When people talk about times when they inflicted harm on someone else, as you might suspect, they can come up with all sorts of reasons about how their actions were reasonable and justified. The way they see it, they had no choice to do what they did. They see the harm experienced by the other person as minor and they think that being blamed for causing it is unjust and unreasonable.”—Mark Hansen

2. We Are Easily Manipulated Into Making Bad Decisions
Someone hands us a piece of paper, a pamphlet or at those home shows, or conventions, they offer candy. Once you are given something you feel obligated to give back. A nice reaction right? Except it’s manipulation. And it’s tough to resist.

Think of how our emotions impact us.
Remember in school, a teacher would ask a question and those ten smart-ass students would throw their hand up? Well, you were staring out the window—all this discussion about when the war of 1812 was fought was growing stale. So, you meditated.
So, who did she call on?

You were flustered and embarrassed and couldn’t even remember when the war of 1812 was fought, and you blurt out, “1818.”

Fast forward 20 years. You walk into your high school reunion. By now you are CEO of a large corporation, and you are dressed to the nines. On top of that, you drove there in your new BMW.

What happens when you walk into the room?

You are 10 years old again.

Once upon a time, in Thailand, construction were renovating an ancient temple and found a huge Clay Buddha.

Since it was large and heavy, they left it outside, and to protect it from the elements they covered it with a tarp.

One morning after a rain one of the workers checked to see that the statue was well covered. It was, except that a small portion where the tarp had blown eschew. Shinning his flashlight under the tarp to see what damage had been done, he was met with his light brilliantly shining back.

The rain had washed away part of the clay and reveled what lie beneath.

The clay had been applied to cover and to protect a Golden Buddha. ( 5.5 tons of gold. Worth 250 million dollars.)

We, like the Golden Buddha, awaiting for the rain of wisdom to wash away the clay—all those snipping little arguments, resentments, prejudices, superstitions, big arguments, wars, etc. that keep us from our true selves.

Beneath the Clay is pure Gold. 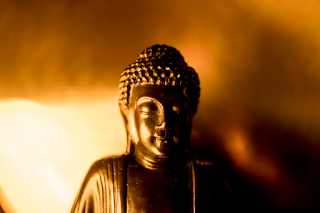 “Believe nothing. No matter where you read it, or who said it, even if I have said it unless it agrees with your own reason and your own common sense.”—THE BUDDHA

“The truth will set you free, but first it will piss you off.”—Werner Erhard