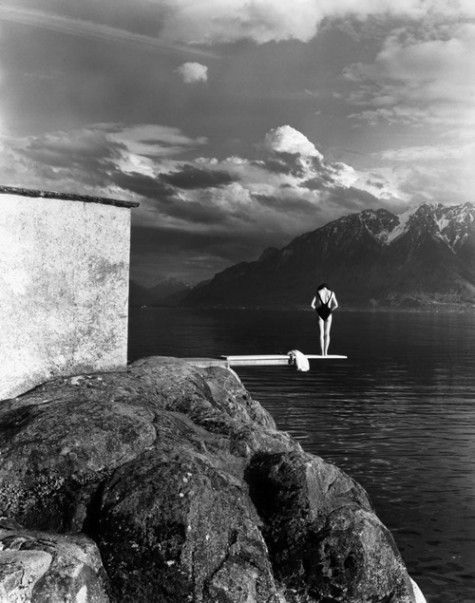 Remember being a kid and standing atop a 10 to 12-foot diving board?

First, it was that trip up the ladder. You looked up, not down. You were determined. But then on top, it seemed as though you were  standing atop Niagara Falls. (Having never been to Niagara Falls at that point in your life.)

Remember looking down to the water, you had the hight of the board, plus your height up to your eyeballs.  What was that 15 to 17 feet?

Did you jump or climb back down? (Hey, self-preservation is nothing to sneeze at.)

You should have held your nose, for it almost got ripped off your face. The water sucked you in like a vacuum, and your feet touched the bottom of the deep end. You gave a push with your toes, and sailed back up to the surface.

Would we let a nine-year-old jump off a 12 –foot high board now?

My mom jumped off a hay-loft into a pile of hay at about that age and broke her tailbone in the process.

Hay isn’t as soft as it looks, neither is water.

Once in the heat of summer,  I saw a little girl climbing a water fountain in Portland Oregon. It was a fountain where water poured over steps at least a foot high so the kids had to scramble using arms and knees, to get over them.  (I’ve tried, but can’t find that fountain again.)

That girl, the smallest of the group, was following the big kids, and she had to scramble more than the others to get over the steps, but she climbed until she almost reached the top. There she stopped, held her arms to her sides and began shaking.

Oh my God, I thought, shall I climb up there to rescue her?

Suddenly this little girl, no more than five-years-old, mustered her courage and climbed on up to the others.

If ever I saw someone face their fears and push through, it was that little girl.

Sometimes as adults we must face our fears too. I’m not talking about extreme sports where people put themselves in harm’s way for the adrenaline rush, I’m talking about taking the next step in your career, or going for what you have wanted to do your whole life, or creating something new not knowing if anyone else in the entire world will appreciate it.

What shall we do in situations such as those?

We compare ourselves to others—there are better writers than me, people with brighter ideas, those more intelligent and better educated. Yet, many times we are comparing ourselves with the finished product rather than a work-in-process.

What about that scientific gizmo, shall you spend the hours, the research to perfect it? Is it worth the struggle?

Have you seen an early Steven Spielberg movie, or  George Lucas of Star War’s fame who inspired a generation to believe in The Force? While their early movies look amateurish their finished products are exquisite.

Does someday come? Sometimes. Sometimes not. I had a friend who desperately wanted to travel, but she waited for the right time, the right traveling companion, the right situation, and life passed, and so did she. Rats!

What am I trying to say?

I don’t know how many readers want to go for their dream, perhaps their careers are spent, and they are retired.

Retirement is the best time to do what you’ve always wanted to do. Think of it. You aren’t working for money anymore. And you do not want to join the great unwashed who sit flipping channels all day.

We only have a limited number of days, years, hours on this planet, we ought to make the most of them.

So want do you want to do, besides read me?

Oh, do that first.

My motto, when presented with a task, is to follow the Disney Imagineers directive. Say yes, beat your head on the desk in your belief that you can’t do it, then do it.


Dive off a white horse 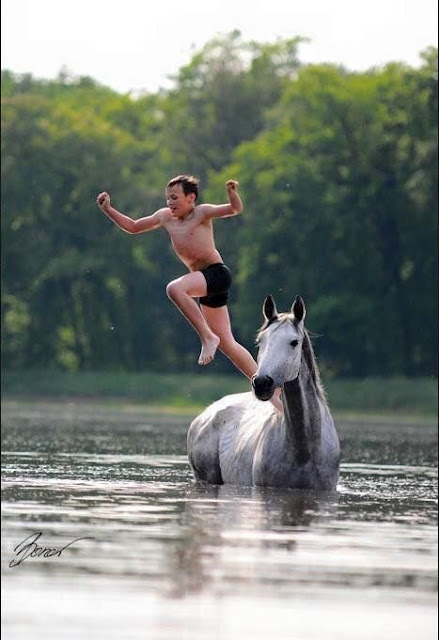