When Mr. Rogers (of the TV show, “Won't You Be My Neighbor?” was a young boy, and frightened, his mother would tell him, “Look for the helpers.”

We need to be that, the helpers, the holders of good.

I times of struggle and despair such as now with the Supreme court nominee, and sexual allegations, it makes me question if people have their heads screwed on straight. Most of us remember the Clarence Thomas/Anita Hill fiasco and fear it happening again. Thomas was nominated for the Supreme Court. Hill adamantly declared that Thomas had sexually harassed her; however, he was seated anyway.

It makes my feminist blood boil.

Women have fought so hard for their rights, for equal pay, freedom from harassment, reproduction rights, for God's sake for the right to vote, and to worship with the men—but let's not go there. Yet there is an element in our society that would be happy to take much of that away.

Don't men who force themselves on women, the one who would happily rape her then call her a slut, the ones that would force her to have an unwanted child while giving her less pay for equal service, have a wife, mother, sister, or girlfriend maybe even a teacher they love, respect or admire?

Long ago I heard a teacher say it was necessary for the power structure to separate men and women, for together they are indomitable.

And then there are men like Mr. Rogers, who care, who support, and who champion the cause for good. There are many Mr. Rogers in our neighborhood, maybe not as low-key as him, but good men who love women, children, their fellow man, and all life.

As you have probably surmised I did see the film, Won't You Be My Neighbor.

When AARP offered free tickets for a showing of the Rogers' documentary at a local theater and called it “Movies for grown-ups.” I became curious all over again.

(See the film and you will understand why it is being pressed to adults.) My husband and I didn't make the free Thursday show, but Friday we invited daughter number one, and twelve-year-old grandson to watch it with us when we rented the film on Netflix.

I believe Mr. Rogers was the real deal. And he wasn't afraid to tackle the issues of the day. After Bobby Kennedy was killed, Daniel, the puppet asks. “What does assassination mean?”

When, in the 60's, it was unlawful for people of color to swim in a public swimming pool, Mr. Rogers sat in his backyard (on his show) with his bare feet soaking in a tub, and he invited Officer Clemmons, the show's black policeman, to join him. “

The water is so relaxing.” Rogers said, “Care to join me?” And so Francois Clemmons ripped off his socks, and we see two sets of feet in the water, a black set, and a white set.

Long ago, when I watched “Won't You Be My Neighbor,” with my kids, I didn't know the poignant strategies Mr. Rogers implemented. I saw it as a low-key, simple children's show.

PBS gave Mr. Rogers the daunting task of addressing the falling of the World Trade Center, and although heart-breaking, he directed the issue splendidly.

And it's also sad that many people were intolerant of Mr. Rogers' tolerance.

I have been experimenting with what it means to follow the Sacred Path. That doesn't mean we never get mad, lose our temper, or lose heart. Neither does it mean we spend a life in pious contemplation.

You know who Fred and George are?

Fred is the little black box, the navigational computer, on a Boeing 747.

George is the computer who takes Fred's directions.

“George, we are five degrees off port, correct.”

And so it goes, constant corrections.

And although the big jet had been off course 90% of the time, it hits the mark spot on.

Luckily Fred and George aren't people for after a while George would be saying, “For crying out loud Fred, stop correcting me all the time. All I hear is, “Yap, yap, yap.” 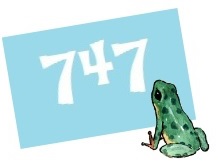