How did we “Yearning to breathe free” Americans become so Polarized?


Yesterday I picked up Brene’ Brown’s book Braving the Wilderness, and used it as an oracle—that is, just opened it to a page and read. My eyes popped on a quote from her father regarding automatic weapons and big guns: “You want to shoot those kinds of guns? Great! Enlist and serve.”

I, like other people, knew Brown had a spiritual bent, and so I was surprised to see her writing about guns.

Brown grew up in a hunting household. (As did I. But I’m not a hunter, never will be unless I’m lost in the tundra and must hunt to survive.  Whoops, I lost my gun, guess I’ll have to use a stick. Oh oh, no sticks in the tundra. I’m in deep trouble.)

Brown’s father came from a family of six, and Brown has twenty-four first cousins. There were a lot of mouths to feed. Hunting and fishing were as practical and necessary as they were fun for most of them.  The kids weren’t allowed to shoot a gun until they could take it apart, clean it, and put it back together.

As a parent, she can see now that what was equally powerful was the combination of our family rules concerning hunting and guns.  You only shoot what’s covered on your hunting license. You absolutely could not shoot anything you didn’t plan to eat. These rules were non-negotiable.

The children weren’t allowed to watch any violence on TV. Brown couldn’t watch a PG movie until she was fifteen years old. The idea of romanticizing violence was out of the question.

By fourteen Brown had decided she had not and would never shoot a deer, and that hunting trips were just long days in freezing blinds and cold nights in sleeping bags. It was over for her.

The return from the hunt, however, was like a birthday or a holiday. There were always family and friends visiting. There was nothing better than when the hunters came back from the hunt, and twenty or thirty people would pack into their house to process deer meat, make tamales, tell stories and laugh.

The point to all this is that she watched the NRA go from being an organization that she associated with safety programs, merit badges, and charity skeet tournaments, to something she didn’t recognize.

“Why were they positioning themselves as the people who represented families like ours while not putting any limits or parameters around responsible gun ownership.”

Brown casually mentioned to a group of people that her father and she were looking forward to teaching her son how to shoot skeet.

One woman  looked horrified and said, “I’m very surprised to hear that you’re a gun lover. You don’t strike me as the NRA type.”

“I’m not sure what you mean by ‘gun lover or the NRA type,” Brown replied.

“If you’re teaching your son to shoot, then I’m assuming you support gun ownership and the NRA.”

“With all the school shootings—I don’t understand why you don’t support gun control,” the lady was adamant.

The woman, and the group around her, may have felt betrayed by Brown’s answer on gun control, or her willingness to get into a tough conversation. But still, and most important, she didn’t betray herself.

Brown’s book, Braving the Wilderness, is her quest for true belonging and the courage to stand alone.

According to Brown,  ”To know you can navigate the wilderness on your own—to know that you can stay true to your beliefs, trust yourself, and survive it—that is true belonging.” 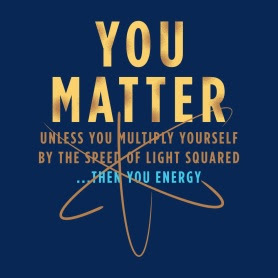