What are You Thinkin'? 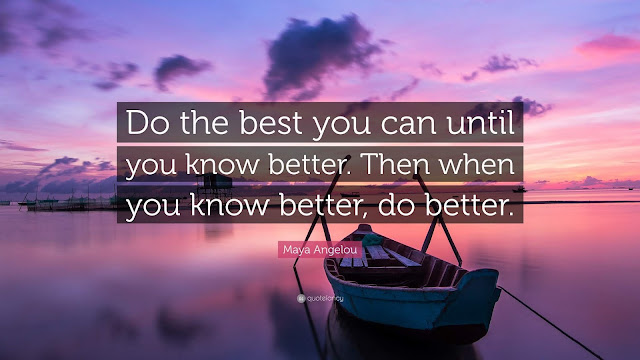 For all my writing about “Brunch for the Soul, Following the Sacred Path, and How to travel the road to enlightenment, I have to stop for a minute and scream: “WHAT ARE YOU THINKIN’?”

For weeks the Broadway Metro, a local art theater in Eugene Oregon packed in patrons anxious to harken back to a nostalgic time when kids sat enraptured in front of the TV to watch Mr. Rodgers ask them “ Won’t you be my neighbor?”

Mr. Rogers philosophy sang loudly through his TV show--that the feelings of children are real. They matter. They deserve to be acknowledged and taken seriously. Adults need to listen to children and respond respectfully.

Big data about little people. Children in kindergarten, are tested for literacy, math and approaches to learning.  And that’s just a warm-up for things to come.

At that age,  I thought kids were more interested in eating dirt.

“Hey teacher, if I already knew all you are expecting of me, I wouldn’t need to be sitting in your classroom.”

If they had tested me at an early age, I probably wouldn’t have a B.A. from the University of California, Riverside.

Many of the corporations who make fortunes in the testing industry—mostly early education, have lost sight of what Mr. Rogers so wisely expounded.

Last week I attended a meeting of a local alternative school applying to be a Charter school.

Supporters sat in front of a tribunal of School Board members who sat stone-faced to hear plaintive cries from parents who want choices for their kids.

After the meeting, I was alone in the hall, and one of the board members passed me as though I didn’t exist.

I wanted to yell after him, ”You’re not that important!”

But I guess he is. He is one of that tribunal that has the power to say “Yes” or “No.” The school will either go, or it won’t.

I had a wonderful experience in that hall earlier, having left early letting the legalese people speak a language I didn’t understand, and leaving my husband to soak it up.

There in the hall a kid approached me, “Why are you here?" he asked.

“In the hall or at the meeting?

“I came to support your school. I figured the more people the better.”

He extended his hand and said, “Thank you.”

This kid was a student at the alternative school applying for the Charter. I had never interacted with him although I had stopped by the school many times to pick up my grandchild.  At that time my hallway friend had spent most of his time in the closet. And I thought he didn’t speak.

His story was that he was born so early he was considered a fetus.

He was small for his age, fourteen, he told me, and he also informed me that he was learning to read.

For the following half hour, he entertained me by describing a Video game where androids burst out to be sentient. (Yes, he used that word.) He acted out the androids, emoting, pressing a fist in the air, breaking through some invisible barrier, running down the hall and back. And he was not walking on tip-toes as he had in previous years.

He, like the androids he was telling me about, was breaking through the bounds that had previously constrained him. 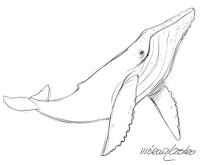 P.S. More on whales:  Han Hauser, a Marine Biologist,outfitted in SCUBA gear was used to swimming with large marine animals, so she wasn't surprised to see a humongous Humpback whale swimming toward her. Except he didn't swim past, but directly to her--not normal behavior. He began to bump her with his nose, not good when the animal is 20 tons. At one point he held her under his pectoral fin. This was serious.

Hauser was accompanied by a film crew so they caught it on film. Soon they saw a Tiger Shark swimming close. With the whale's help Hauser got to the boat. The whale then surfaced as though checking to see if she was alright. She yelled, "I love you too!"

(Later they found that whales will often protect seals from Killer Whales by holding them under their pectoral fins.)


"When we know better, we'll do better." Maya Angelou