I hit publish again for my mother’s letters.

I know I’ve been through this before, don’t know why I’m so anxious this time. Excited maybe.

I went back to Bookbaby, for they will distribute the eBook on many sites including Page Pusher which means it can be easily read on the computer. No tablets, Kindles, Nooks, etc. required.

This morning I read through the manuscript again, changed a few things, cleaned the letters up a bit, found some typos—again.

I know writers need an editor for a writer has a hard time seeing their own mistakes. Mistakes bad, but if the grammar or syntax isn’t correct, I’m not going to worry. I wanted the voices to be mother’s and mine.

Strange isn’t it to read words of someone long gone, words of someone you thought you knew intimately. Mom was secretive with me, embarrassed. She never spoke of the Lord in our conversation as she does in these letters, but then she was speaking to a Christian Adoption Agency. I know she opened up more to her next children than she had with me. She had no reason to be embarrassed or uncomfortable with them, and I wish she had not with me…

I never knew I was her pride and joy as she stated in the letters, nor do I remember that she ever said to me, “I love you.”  I accepted it somehow, and it didn’t stop me from telling my children I love them.  I know Mom never resented me, even thought she was sixteen when I was born.  We lived with my grandmother, and I remember she and I at night lying in her bed finding shapes in the tree outside our window.

Mom felt she “had” to get married. I know my father and Grandma got along famously, not so much my mother and him.

Dad was an artist with a hobby of taxidermy. He built a “can house” behind the house that they said would take dynamite to bring it down.  It was a shop built of cans, large cans like drums, for he worked at a shoe factory and glue and such was delivered in those cans. He filled them with cement, thus the need for dynamite.

Dad befriended a mentally challenged boy next door who liked to draw water from the well, and on hot Illinois days would egg my dad on for a water fight with my mother so he could draw the water. One day, the kid entertained himself without the water fight, and we can home to an empty well.

It sounded as though my parents had fun, but their marriage ended in divorce. It spun my mother and me into the next portion of her journey, however, and that led to her heart’s desire, more children. She told me that she always wanted a baby in the house, yet for 19 years all she got was me.

The tragedy was that she died 12 years after adopting her second family, and 10 years after having a natural-born son. Then there was the secret she never knew about. I hope by my telling that secret it will forge a legacy for both mother and my sister Jan.

I think of little Jan and how she wandered around the house calling “Jo” when I was gone. My getting married and moving away was like the older sister going away to college and leaving the little ones behind—we had forged a bond, however, that will remain forever.

Once again I am presenting this book, new title, new cover, now titled Mother’s Letters…and mine. 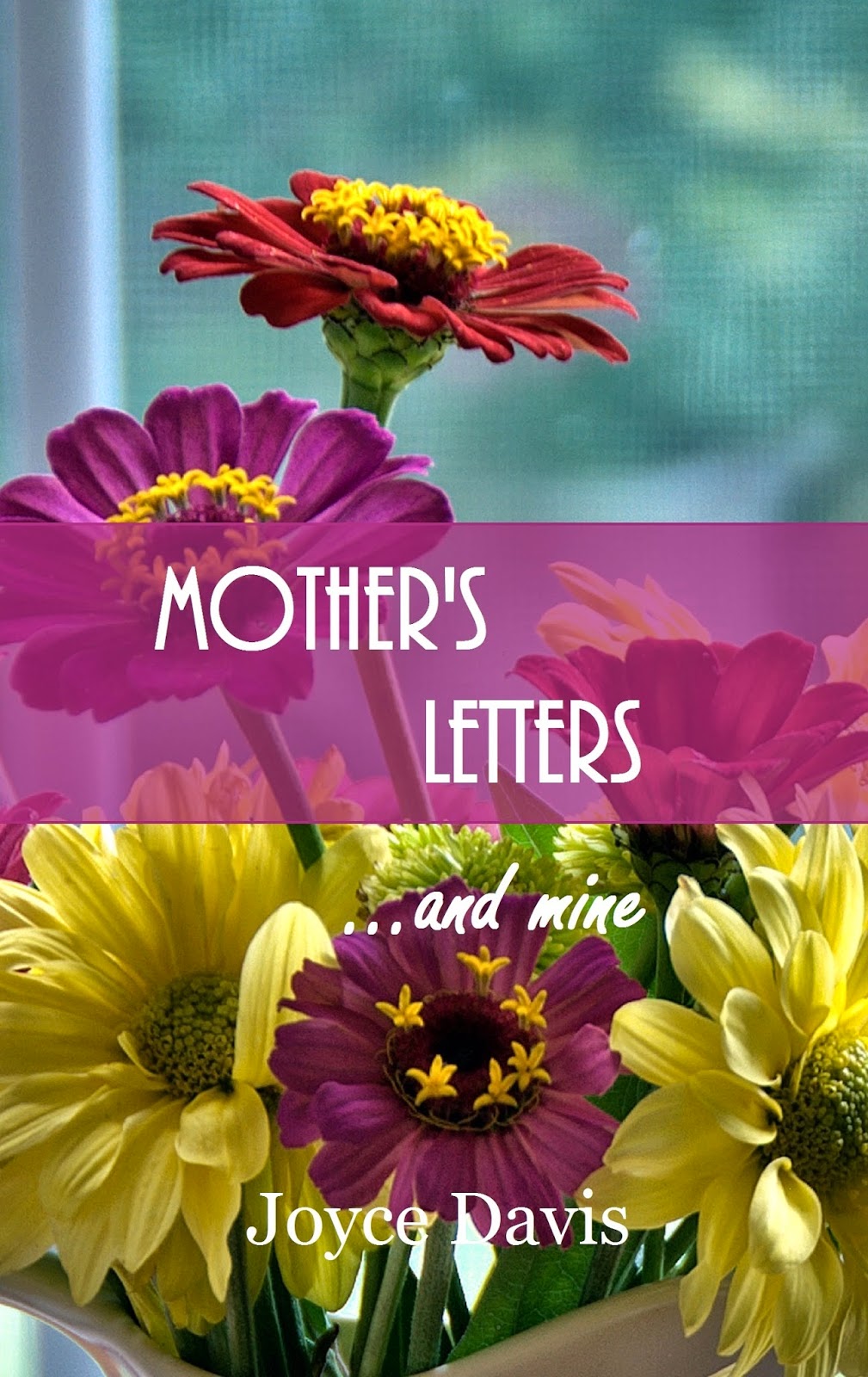 P.S. On an upward swing, want to join me for a 30 day challenge? Check out www.the90daymillionairechallenge.blogspot.com