“Hi Jack,” I would call as Jack strode past our kitchen window on his way to our front door.

“Don’t say that to a flyer,” he would call back.

Jack was never hijacked that I know of, but he was the lone survivor of two airplane crashes.

Jack was a navigator in the Second World War. The spot where the navigator sat, so he told me, behind the pilot and before the cargo hold, was the safest place on an aircraft.

Jack’s second crash happened in Germany behind enemy lines. And, as with the first crash, Jack walked away, except this time he was captured.

A German soldier stuck a gun to his back and was pushing him through the forest, while all around ammunition exploded from the fallen aircraft. As he was stumbling through the brambles, Jack tripped, and as he fell he reached into his boot for his pistol. Righting himself, he slid the pistol up the front of his body, laid it on his shoulder, aimed it to his back, and beside his ear he heard a deafening explosion when he pulled the trigger.

He ran like hell, fully expecting any minute to feel a bullet in his back.

No bullet.  Nobody came after him. Apparently, his shot blended in with all the others. No one heard, and he never knew what happened to the German behind him.

He hid during the day and was privy to real dogfights that was planes overhead shooting it out with each other. By night he traveled to what he hoped would be safety. By then he had pneumonia, but he happened upon a French farmhouse, where the lady took him in, hid him and cared for him.

She was so poor, he said, that she wore a dress woven out of cellophane, and the garden that sustained them was so overused it produced tasteless food.

One day, to his surprise, GI’s appeared at their front porch. Instead of his escaping past enemy lines, the allied forces came to him. He explained to the GI’s who he was, and how this destitute lady had cared for him. They explained that now they were on friendly ground.

But that’s not the end of the story.

The following day a jeep came laden with provisions for the lady.

This is a true story that ought to be told with more depth that I have explained here, but I told  what I know.  Jack lived to become our friend, and a UFO investigator with my husband. He died years after his harrowing ordeal, at home in his apartment on friendly ground.

Fascinating isn’t it, how little we know another human being? “How are you doing?” we ask. “How’s life?” “What’s happening?” We are met with, “Not much,” “Could be worse.” “Mildewing.” “This and that.”

We read novels and there we see the inner workings of a human being. We read their mind droppings, hear their voice. We know their foibles, you know those things we try to hide from our acquaintances, and even our family.

I am not able to tell you how Jack responded to his trauma, if it lingered with him, if it haunted him, or how he rose to the challenge. We can imagine he had a love affair with the woman, but that is only speculation, but he never married, or wasn't when we knew him. One can only imagine, but that’s good too, we can empathize. We can be in awe. We can think, “Whew, thank God it wasn’t me.” “Good for you Jack.” He was a person.

I have endeavored to make my mother a person as well. She was secretive with me, embarrassed, not revealing much and thus I saw more into the woman in her letters than I did in real life. She wrote her letters in private to Grandma Holt.  In the dark of night, alone, sitting at her kitchen table, the children asleep, her husband at work, she could say on paper what she could say in the light of day. She would have been appalled to think her words would ever be made public. Yet I believe they ought to be read.

Her letters will be published again, this time under the title of Mother’s Letters…and mine.

Here is my new cover.  Zinnias for Mom—they remind me if her. 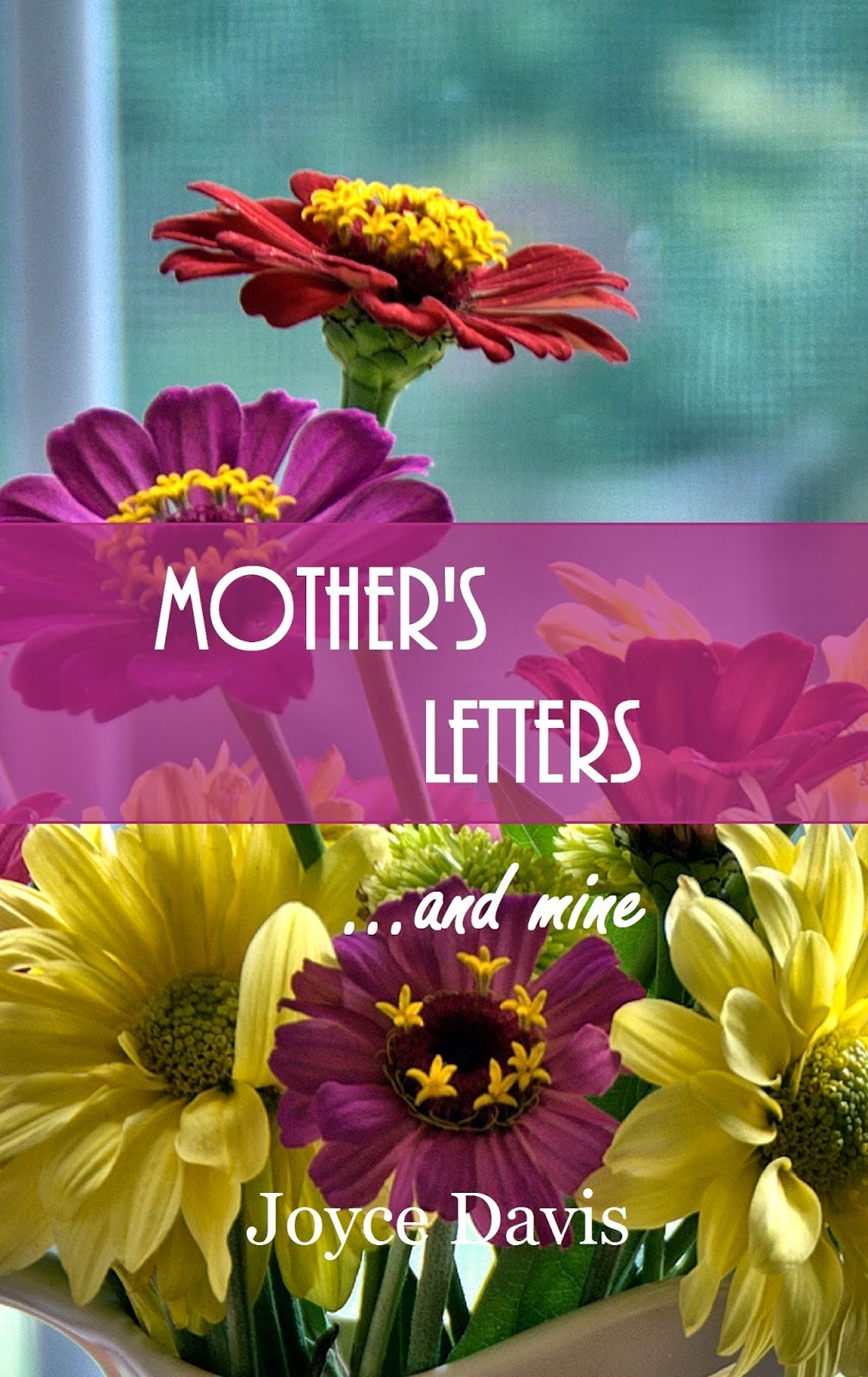 A link will come later. First I have to learn to format for a new publication. You could say I’m a flake and can’t make up my mind, or you could say I persevere until I am satisfied. Choose which.
Posted by Jo at 11:25 AM