Happiness is the First Egg

February 24, 2014  was an auspicious day. That morning I opened my chicken house door and found a surprise. Our first egg of the season. The first egg from my hen. 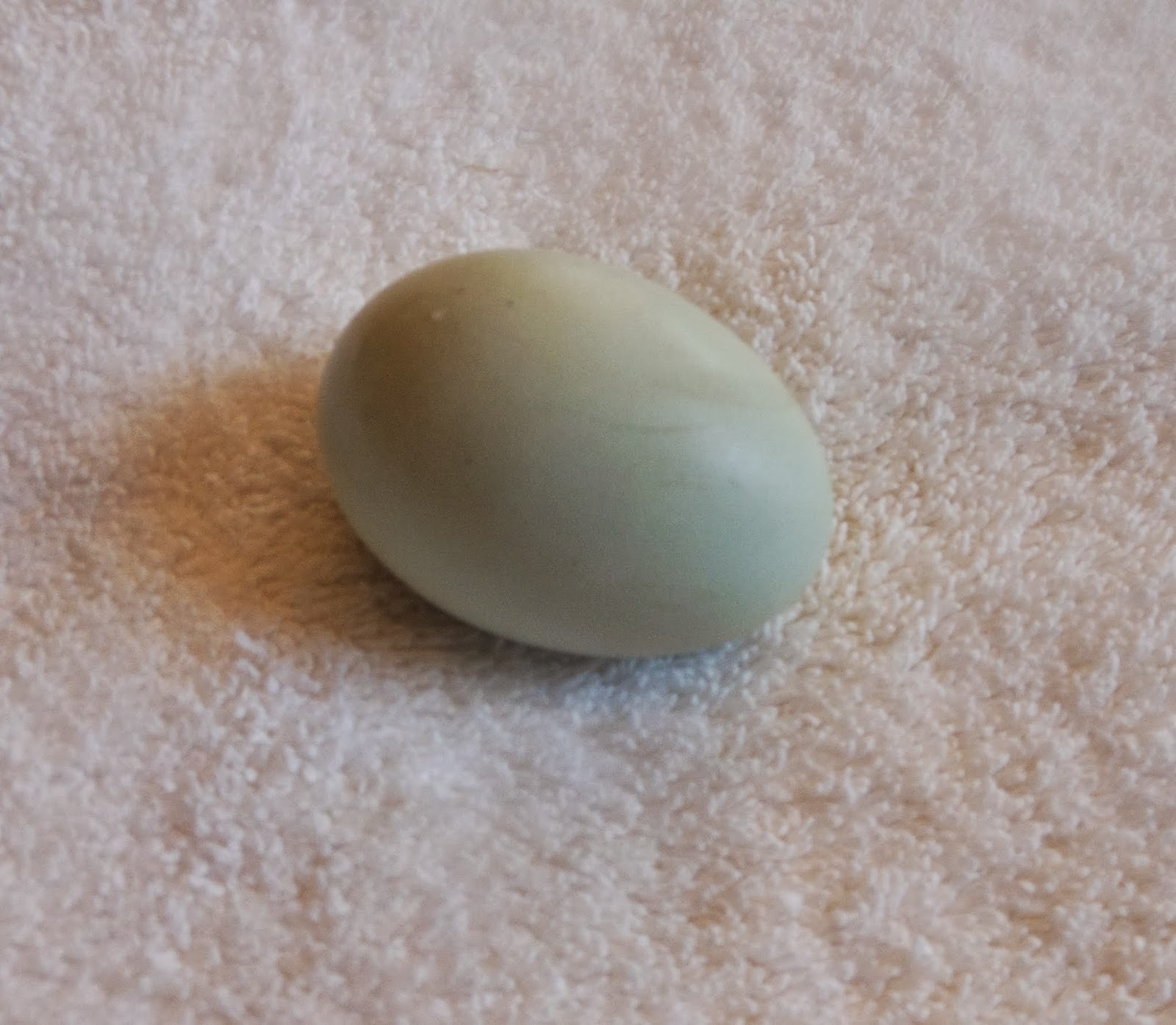 This shows the color-- a lovely seafoam green.


This afternoon I decided to give Gertrude and Victoria, the two hens, nice clean hay, deserving chickens that they are.  Hay has a nice sweet aroma, and probably some seeds, while straw is stems only, so, it's hay. Low and behold I found two more eggs. Probably the first one I found was from the day before, since I hadn't checked.  They look white here, but aren't. 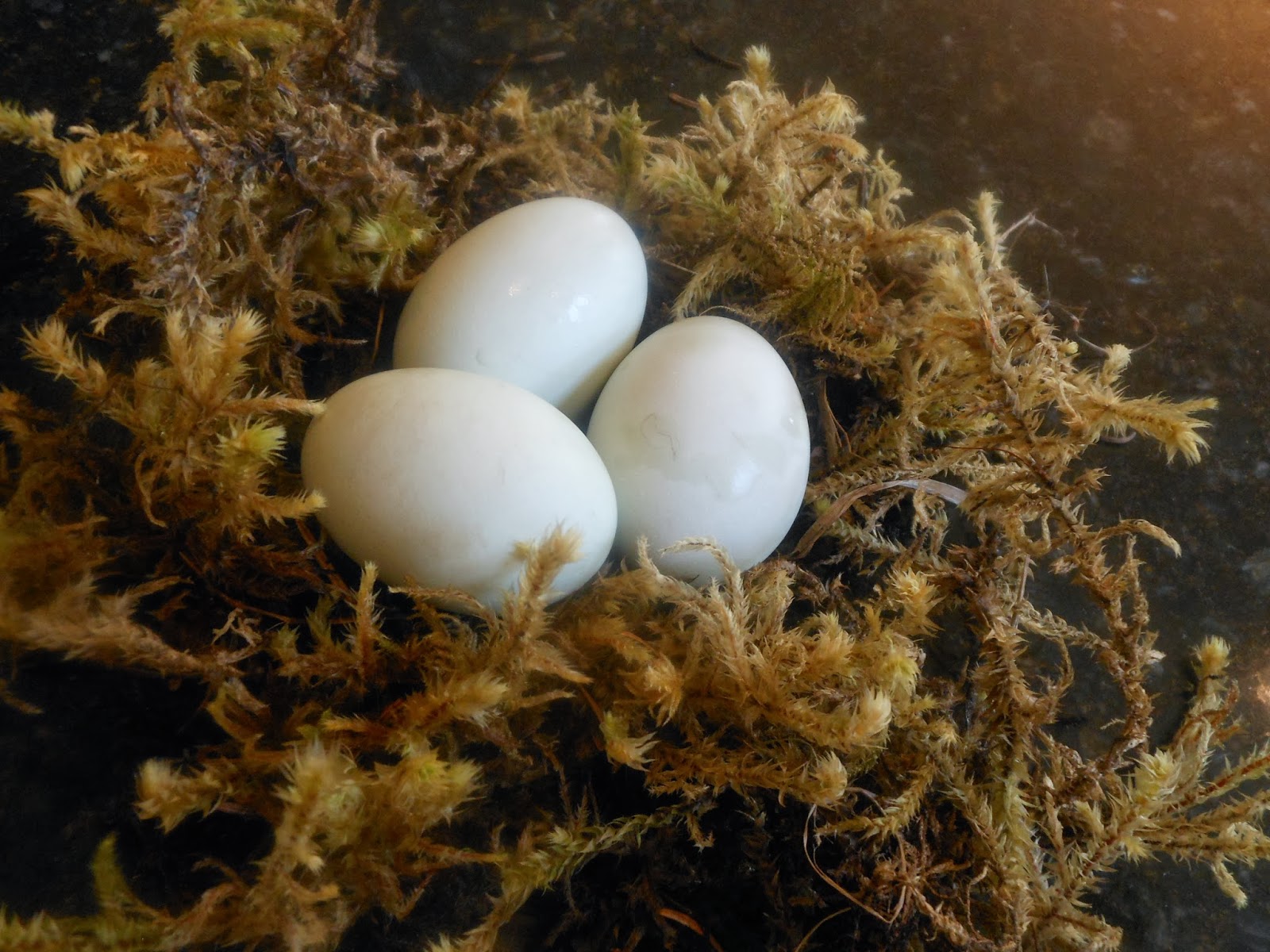 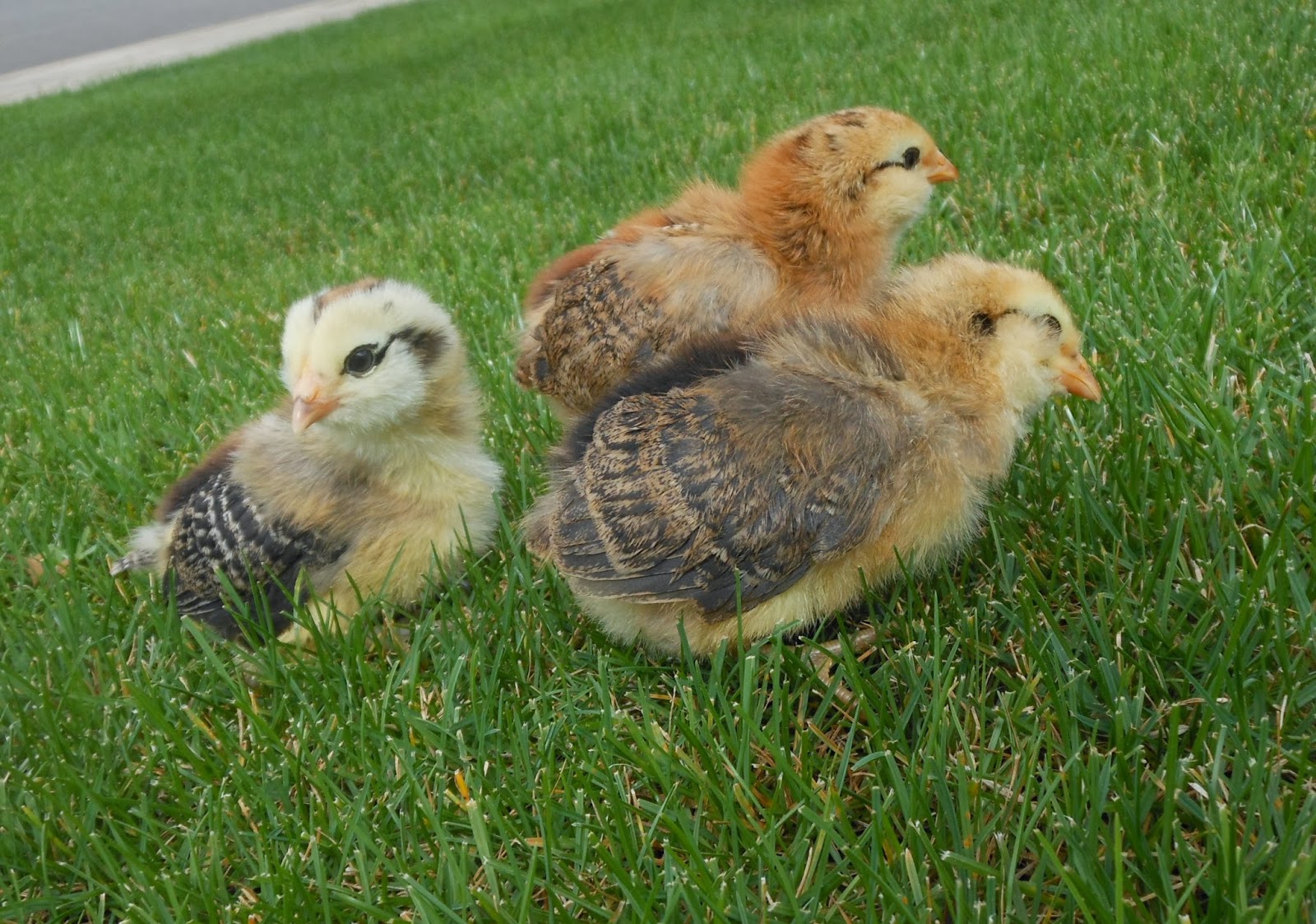 I bought the chickens, on September 5, 2013, they were probably two or three days old when I bought them, and now 7 months later they are grown up laying hens.

The light-colored chick turned out to be a rooster--verboten in town--so he was adopted by a wonderful woman who lives outside the city limits.

She calls him the "Wonder rooster," for his is holding his own with her resident rooster. 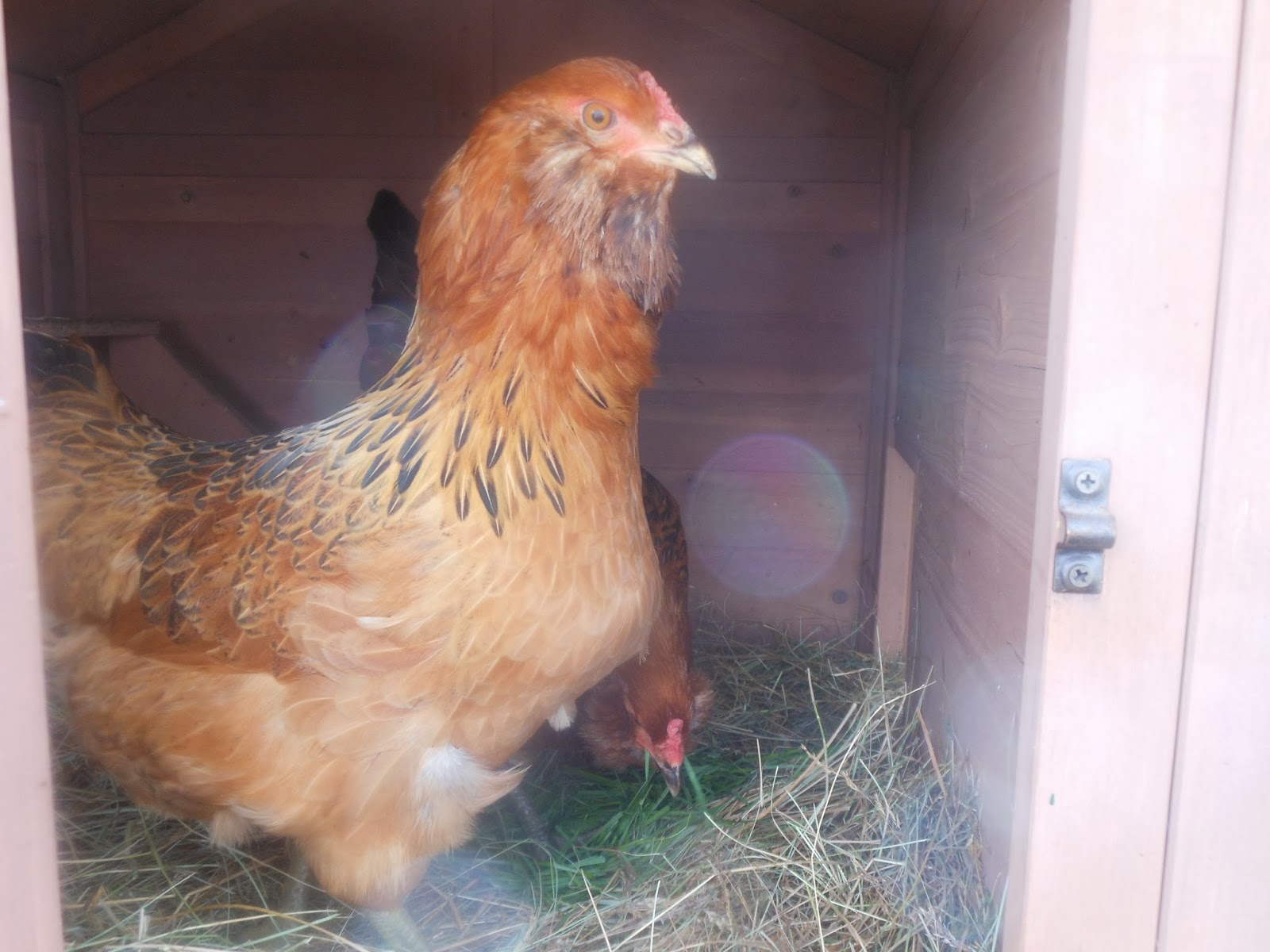 This is Gertrude or Victoria, I can't tell which.

Since I had the camera in hand the morning of the found egg, I snapped this daffodil growing by our foundation. Quite a juxtaposition from 2 months ago. 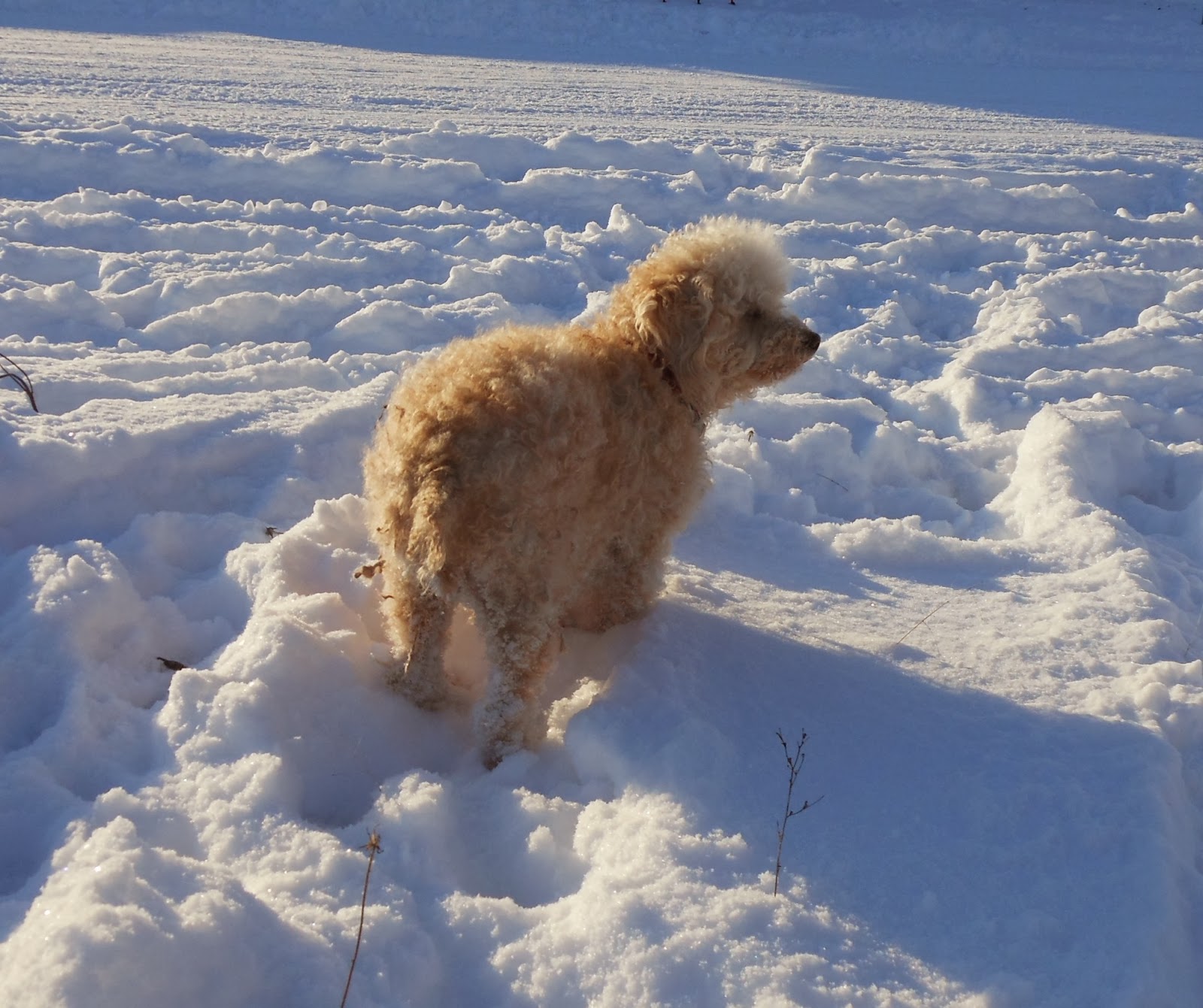 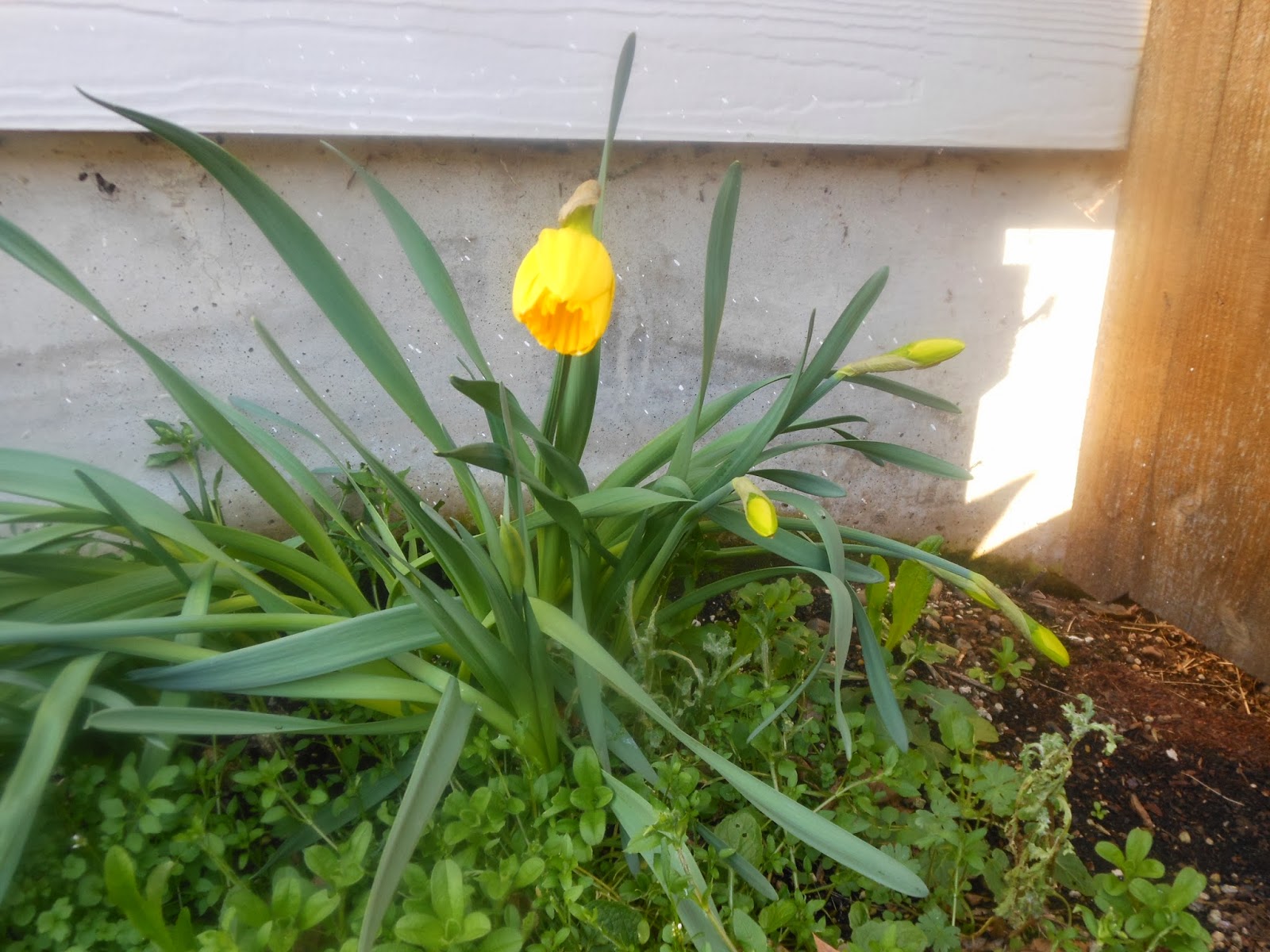 February 24, 2014
That's the news from home this week. For more information, or to click on my other sites kindly scroll to the bottom of the page.
Thank you for reading.
Love from our house to yours,
Joyce
jewellshappytrails@gmail.com
For a more pithy Joyce check out Granny Shoots from the Hip
http://www.grannyshootsfromthehip.weebly.com
Posted by Jo at 8:08 AM