Maybe What We Need Now is A Course in Miracles. All through Greece and Italy, my 13-year-old daughter kept saying, “I could be in A Course of Miracles.” (Never take a teenager traveling.)

I’m not going to say how many years ago that was. However, I will say that now my daughter is the finest traveling companion I could ever wish for. However, she was young then and had a boyfriend at A Course in Miracles meeting. (A little motivation there.)

A book titled A Course in Miracles was the rage then, and we were going to a weekly meeting by the same name. Mainly it was a sharing of what miracle we had that week. We would draw from the cards that accompany the book and read it to the group. We used those cards as an oracle. It was fun and a gathering of like-minded souls. We laughed a lot and got a lot of hugs, and it was a fun time.

Strange that I didn’t know who wrote A Course in Miracles.  the word around was that Marianne Williamson wrote it, but she didn’t, although she was strongly associated with it. I guess she was promoting it. And people said the writings in A Course in Miracles was “channeled.”

The funny thing is it was written by two arguing Professors whose boss told them to get their act together.

They were Helen Schucman and William Thetford, Professors of Medical Psychology at Columbia University’s College of Physicians and Surgeons in New York.

Our copy of Miracles must have ended up at Good Will along with a stack of other books. You know how some things are pertinent in our lives, and then for whatever reason, they melt away. Maybe we’re fickle or looking for the next great thing to give us either an adrenaline jolt or a new perspective.

Helen Schucman, one of the authors, wrote this about herself:

“Psychologist, educator, conservative in theory and atheistic in belief, I was working in a prestigious and highly academic setting. And then something happened that triggered a chain of events I could never have predicted. The head of my department unexpectedly announced that he was tired of the angry and aggressive feelings our attitudes reflected, and concluded that “there must be another way.” As if on cue, I agreed to help him find it. Apparently, this Course is the other way.”

This morning I received an email from Steven Pressfield (The War of Art) who said he had the book, A Course in Miracles in his library. It isn’t an easy book to read, Pressfield said, but it’s one we should have on our shelves to pick up on occasion.

Hey, it was written by Psychology professors—that should tell us something. But, wow, the hit that woman got. It shows what can happen when a person is determined. Reading it, one would think it came from a Christian perspective, but it was intended to be non sectarian and is considered to be a universal spiritual teaching.

Maybe I need it on my shelf again. No, actually, I need it in my heart and soul. Perhaps it’s what the world needs right now, A Course in Miracles.

The first entry in the book:

I remember one Course in Miracles card: “Live forever, you holy son of God.”

It sounded like you were swearing at the person when actually you were blessing them. I used to tell my dog Jewel that.

If you’re interested in learning more or reading any part of the book, it is available for free at https://acim.org

I just bought a used copy. 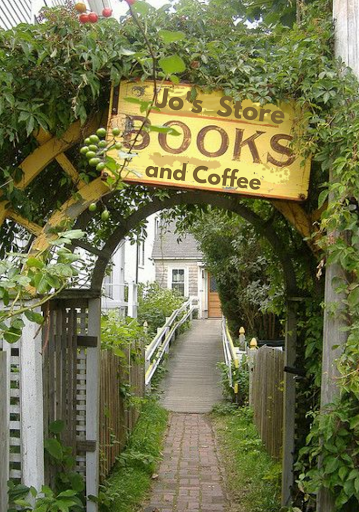 What shall we do for Christmas? I'm thinking...