Few drugs can seriously lay claim to the title of ‘Wonder drug.

Penicillin and aspirin being two that have perhaps had the greatest beneficial impact on the health and well being of Mankind.

But Ivermectin can also be considered alongside those worthy contenders, based on its versatility, safety, and the beneficial impact that it has had, and continues to have, worldwide—especially on hundreds of millions of the world’s poorest people.

Yet, Ivermectin has become a no-no word on specific media sites.

Have you heard of it?

Have you heard of it as a treatment for Covid19?

When the pandemic first began, my doctor gave me a prescription for Ivermectin.
At the time, I didn’t know what it was. She said she didn’t want me to die a horrible death, kind soul that she was.

I fulfilled one prescription and had two refills left. Recently the doctor told me to have the RX filled before they cut it off.

Well, sure enough, they did.

Yesterday I tried to fill my Ivermectin prescription and was rejected.

Don’t you hate it when that happens?

Who ordered the stop-sale of food-grade, compounded for people, Ivermectin?

Those little white pills have been censored, as well as some sites suggesting them as a treatment for Covid19.

Will I be shut off?

I’m just a little blogger crying in the wilderness. I may not be detected, but then those bots can find about anything.

Ivermectin is a cheap drug. It has been around for 40 years and is used extensively.

It is approved by the FDA as an antiparasitic treatment, but unfortunately, it has not yet been approved to treat viruses.

It is, however, considered antiviral.  I know of one couple who caught the Delta variant, were treated with Ivermectin, and are now fully recovered.

“Last week, Joe Rogan revealed he had tested positive for the virus and claimed to have gotten better after taking a Z-Pak antibiotic, prednisolone, and ivermectin.”

Rogan fell ill with Covid-19 just over a week ago, recovered, and tested negative within three days. He attributed his speedy recovery to “[throwing] the kitchen sink at it” and taking a cocktail of medications, including Ivermectin, monoclonal antibodies, azithromycin, and intravenous NAD. (Also, intravenous Vit C.)

He is now fully recovered.

Rogan says if people say he was taking Horse paste, they are making that shit up. He was taking Ivermectin under a doctor’s supervision.

Somehow a news report came out that people have been hospitalized for taking Ivermectin Horse Paste. (A cheap way to get it.)

Any stupid idiot ought to know that you take medicine dosage according to body weight. You are not a 1500-pound horse.

Apparently, those stories about people over-dozing themselves have not been verified.

It did, however, give power for the restriction of Ivermectin.

So what if we poison ourselves? It is our business, our lives, our risk. The media keeps screaming at us about how dangerous it is out there. Can you blame people for wanting to protect themselves? Ivermectin has been used on so many people worldwide that it is considered safe, safe safe.

So what if it clears out parasites. Big deal.

What if it clears out viruses as well. Bigger deal.

Some studies involving Ivermectin showed promising early results in preventing the SARS-CoV-2 virus from replicating in cell cultures, prompting widespread use of the human formulation of the drug throughout Latin America.

I checked online a month or so ago and could purchase 4 tablets of Ivermectin for the price I had paid to buy 20. I checked today, and you can still purchase Ivermectin online, although it is expensive.

Something is fishy here.

Ivermectin was discovered in 1975 and used medically in 1981.

In 2015: The Nobel Assembly at Karolinska Institute has today decided to award the 2015 Nobel Prize in Physiology or Medicine with one half jointly to

for her discoveries concerning a novel therapy against Malaria.

Although people have searched for another source of the microorganism that creates the Ivermectin, so far, it is found only in Japanese soil.

It has been used for veterinary purposes for years. I wonder what the farmers will do if they raise the price. I used the Ivermectin horse paste on my horses for years. It is recommended for use regularly for horses because as they graze, they pick up eggs from the soil, and thru can become infected with parasites. 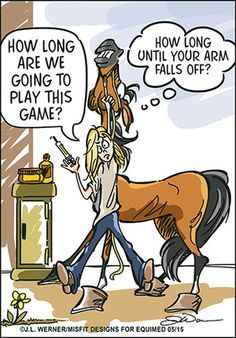 For humans, I have heard that if Ivermectin is taken on an empty stomach, it will kill any parasites you have dwelling in your intestines. Taken with oil, it is an antiviral.

This information caused people to rush out and purchase Ivermectin. However, because it is not FDA approved for the treatment of viruses, its sale has been halted—at least at my pharmacy.

(I checked online, and you can still purchase it there. However, it is expensive.)

They need clinicals, they say.

Well, let the people take it, and you will have your clinical. (Yeah, I hear screaming. Clinical must be done in a controlled environment.)

Discovered in the late-1970s, the pioneering drug ivermectin, a dihydro derivative of avermectin—originating solely from a single microorganism isolated at the Kitasato Institute, Tokyo, Japan, from Japanese soil—has had an immeasurably beneficial impact in improving the lives and welfare of billions of people throughout the world. Originally introduced as a veterinary drug, it kills a wide range of internal and external parasites in commercial livestock and companion animals. It was quickly discovered to be ideal in combating two of the world’s most devastating and disfiguring diseases, which have plagued the world’s poor throughout the tropics for centuries. It is now being used free-of-charge as the sole tool in campaigns to eliminate both diseases globally. It has also been used to successfully overcome several other human diseases, and new uses are continually being found. This paper looks in depth at the events surrounding Ivermectin’s passage from being a huge success in Animal Health into its widespread use in humans. This development has led many to describe it as a “wonder” drug.

“The ‘Blockbuster’ drug in the Animal Health sector, meaning that it achieved annual sales over US$1 billion, maintained that status for over 20 years. It is so useful and adaptable that it is also being used off-label, sometimes illegally, for example, to treat fish lice in the aquaculture industry, where it can harm non-target organisms. It also has extensive uses in agriculture.2)”

Ivermectin is a Food and Drug Administration (FDA)-approved antiparasitic drug. It is used to treat several neglected tropical diseases, including onchocerciasis, helminthiases, and scabies.1 It is also being evaluated for its potential to reduce malaria transmission by killing mosquitoes that feed on treated humans and livestock.2 For these indications, Ivermectin has been widely used and is generally well tolerated.1,3 Ivermectin is not approved by the FDA for the treatment of any viral infection.

Ivermectin is FDA-approved as an antiparasitic agent.

I just put Vaseline on my lips. I wonder who in the world would ever suggest putting a petroleum  bi-product on our skin?