If We Stop Talking to Each Other, We’re in Deep Dodo.

“Loneliness seems to have become the great American disease.”--John Corry. (Sent to me from a reader.)

What do you think of parental controls—not for the kids, for us?

Google has announced that they will take down anything addressing the Covid19 virus that doesn’t follow the Mainstream Dialogue.

Facebook has censored dissonant voices regarding this lockdown. (Their choice since they are an independent organization, but strange to my way of thinking.)

What are they afraid of?

Silly me, I thought an educated populous could listen to various sides, form a conclusion, and make up their own minds. Isn’t that the way juries work? Isn’t that what debate is about?

I heard a comment by Dr. Christiane Northrup OBGYN (Famous for her book, Woman’s Minds Women’s Bodies) regarding a Medical Intuitive. His advice, she said, was the same she had put on twitter about a month ago. It was there for a mini-second, then zip-gone. He offered advice on how to lessen the pathogen load for people who have contracted Covid19. (Apparently, you can get a little dose or a big one depending on the length of exposure.)

Take a hairdryer, hold your hand over the exhaust, and blow the hot air into your face. Breathe the hot air for a minute or two, three times a day. Afterward, use a saline spray, something that moisturizes the nasal passages.

Notice that this offered advice, no claim. It doesn’t seem all that dangerous to me.

Daughter dear offered another explanation for the reason the hot air worked. Remember the humidifier from the last blog? Humid air and the virus are incompatible. Perhaps the hot air evaporates the moisture within the nasal passages and thus creates a nasal sauna.

I’m just guessing. I have no data to support this idea. I just see no harm in it.

Today, however, I’m in a Quandary.

I have declared that I want to help people Survive and Thrive, so what is the best way to do that?

On the one hand, I can talk about various alternative theories as to why we have this virus in the first place. I can sympathize with people. I can comment on where this pandemic is going. I can rail on how easily people are manipulated when Fear is the motivating force. I can be depressed at how easily people give up their freedoms.

I know that the way to convince people of your way of thinking is to present them with a problem, let them stew in it for a while, then offer the solution. (Yea! Applause! You fixed it!)

Instead, I’m calling in the Light Beings. 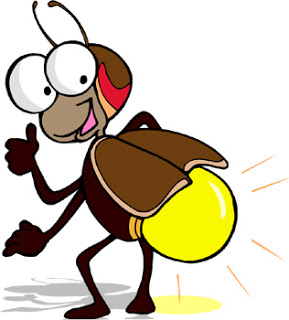 Gather around all you little fireflies. By light beings, I’m not being airy-fairy—well maybe a little. To use the word LIGHT means to carry understanding, encouragement, support, and a belief that the light (knowledge) will win over the darkness.

A light being is one who had taken back their power.

I have heard it said that women are carriers of the light. Not to insult any wonderful males, it doesn’t mean we have the answers, it means we carry the lantern to light up the trail.

Most of us have been feeling powerless. We can’t control this virus. We believe in free elections, but find that they aren’t. We want to follow laws, but find that instead we are following mandates given by people who aren’t professional, or scientists, and are basically shooting in the dark.

So, to enforce these mandates, they use fear, guilt, coercion, and social pressure.

If you wonder what I am talking about, it’s not the virus, it’s the ramifications from it. Such as:

Who benefits from this lock down?

We are advised to give up aluminum in frying pans and deodorants, where we absorb a small amount of aluminum. When aluminum is injected under the skin, we absorb 100%. Aluminum has been linked to Alzheimer’s as well as other adverse conditions. Do we want to risk it, especially when told this will end the pandemic?

We got the Pharmaceutical Companies to remove the mercury, but now they use aluminum in immunizations.Isn’t there a safe alternative? Can we place controls on Big Pharma as they were prior to 1986? Is there a way to talk about this without fighting? It is so political we go into a polarization—like you’re either with me or against me.

Did you know that Vaccine manufacturers are exempt from liability?

WASHINGTON – In 1986, Congress passed the National Childhood Vaccine Injury Act (NCVIA), creating a no-fault compensation program to stabilize a vaccine market adversely affected by an increase in vaccine-related lawsuits and to facilitate compensation to claimants who found pursuing legitimate vaccine-inflicted injuries too difficult and cost-prohibitive.

I experienced “Cognitive Dissonance” regarding the above commentary.

A few days ago, I didn’t know what Cognitive Dissonance meant. Dr. Christiane Northrup explained it to me.

Imagine that you are a devout Catholic. You have gone to mass, given your confession, sent your son to be an altar boy. To your horror, you find that dear old Father Not So feel Good has been sexually molesting his alter boys.

Sweet old Father Not so Feel Good? No. How could he? I’ve told him my innermost secrets. I trusted him.

Coming face to face with a truth opposite your belief system is excruciatingly painful. That is Cognitive Dissonance.

It’s going to take a strong arm to hold up the lantern.

Are we up to the task?

Some believe this current state of the world is an Awakening. And many have been waiting for it. It’s hard though, just when you think the hero is about to win, the nemesis comes up with a new tactic. We have to remember that giving birth to humans isn’t easy, nor is giving birth to a new reality. As our primitive lizard brain holds on to its old views in new data, so do the denizens of darkness bring on a fresh onslaught of slings and arrows.

We need a civil rights leader to rise up from the crowd and teach people about non-violent protests. (Protesters in Portland Oregon are getting tear-gassed.)  Remember Martin Luther King Jr.? I don’t know how he did it.

One principle many carriers of the light know is that when we push against a thing, it pushes back.

Another principle is that whatever we focus on tends to grow larger.

Focus on love and it grows.

Focus on worry and it looms up in graphic detail.

Focus on health and happiness and more is available for you.

I received this from a reader:

"I have a new philosophy. I'm only going to dread one day at a time." by Charles M. Schulz. (You know him, the artist who created Peanuts)._

And I found this about the actor Bill Murray:

“Bill’s whole life is in the moment,” says Ted Melfi, who directed Murray in the movie St. Vincent. “He doesn’t care about what just happened. He doesn’t think about what’s going to happen. He doesn’t even book round-trip tickets. Bill buys one-ways and then decides when he wants to go home.”

Once he asked a cabbie in NY what he liked to do. The Cabbie said he liked to play the saxophone, but didn’t have much time to practice. Bill asked him stop the car, go to the truck, get out his sax, and while the fellow played his sax in the backseat, Bill drove the cab.

This inspires me, how about you?

It’s an attitude, a way to approach life.

Normally when faced with a manual to fix something I call my husband or grandson.

Last week I had to face a manual alone. It was a 16-page manual to format my book for its paperback edition. I did the interior. Then came the cover. I couldn’t for the life of me get mine to fit into their system, so I went with one of their templates which only changed the font of the title.

I just got an email that my paperback book is alive on Amazon! No kidding right now! And I just completed it yesterday. It’s amazing that it worked, and so fast.

Well, daughter dear, you can have a real-life-hold-in-your-hands-book—and anyone else who so desires. Kindle or paperback, you choose.

·  Look Inside the Book. This feature will be available in 7 business days.