“Comet Lovejoy releases as much alcohol and sugar as 500 bottles of wine every second.”

You can tell I’m file clearing. I ran into some old notes and found out about comets. It’s not pertinent to this blog, but fun. I didn’t remember that comets contain sugar and alcohol. I did remember that the planet Jupiter protects the earth from flying asteroids. Because of its size and gravitational pull, it sucks up space debris. Thank you, Jupiter.

Maybe I do have a point, remember Hale-Bopp, the comet pulled into Jupiter in 1997? It was discovered by two amateur astronomers, Hale and Bopp.

You don’t have to be a whoopee-do PhD, a BS, MS, MBA or M.S, to accomplish great things.

I know you have it in you to create something tremendous.

Who would have thought a black man could be elected as President of the United States.

In 2009, the moment Barack Obama won the U.S. Presidential election, my daughter and I whooped and jumped up and down. Well, we jumped as much as an eight and one-half month pregnant woman can jump—her, not me.

It was the dawning of a new age, we thought, a monumental day. Daughter Dear had even named her new kitten Hope, Obama’s slogan. (Remember Hope, our Oregon cat transported to Hawaii?)

In Hawaii, Hope had free run of 20 acres and would run up the tree beside the lanai, jump onto the roof, and kitty-patter across it. At the close of her exercise session, she would come in the window we left open. Oh, we left all the windows open but didn’t repair the hole in one screen. That was left for Hope. (More in The Frog’s Song.)

Maybe there is a hole somewhere where Hope for us can come in.

Hope that we will survive this present scare stronger than before.

Hope that black and white and yellow, red and green, will see each other as equals. And we will see men and women equal in value.

My desire here is to blog and help people Survive and Thrive, and part of thriving is to have hope, to appreciate, to be grateful, to laugh, and to have fun.

I’m grateful we bought this house four years ago. One reason is that every spring, it gives me continual bouquets for about three months. 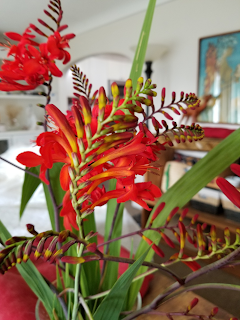 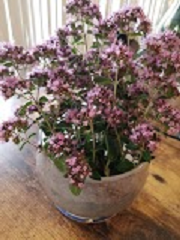 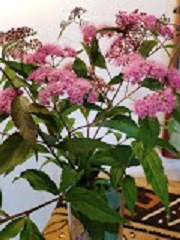 Appreciate the flowers, it's better than watching the news which can get under your skin like a cockle burr. I know once in a while I get into world conditions. The promised land is still out there, pulling us toward it, waiting for us to claim it.

This is a time of awakening to our true nature, which isn’t being small, but thriving, magnificent human beings capable of cleaning up the world, our resources, politics, and our psychological hang-ups. (I dream big.)

Do you believe things happen for a reason, or are events thrown at us randomly?

Yesterday as I was reading AARP magazine. Yep, we get it, I thought that perhaps this lock down will make us more resourceful. For example, they told what to do if you are alone and choke on a morsel of food. Double up your fist place it right in the V of your rib cage, and with the other hand, PUSH HARD AND FAST.

If that doesn’t dislodge the bite, throw your stomach area over the back of a couch. You may already know this, but embed it in your memory, so you’ll remember in moments of crisis.

During this moment of upheaval, we have an opportunity to clean up our own acts. But I know how that goes, you declare something for yourself, like you will be more patient, or kind or loving, and what happens?

The opposite comes up. You fly off the handle. You yell. (Oh, is that just me?) It’s like, “Don’t think of a white elephant in the room."

It’ll happen. You'll think of the white elephant. I have a horrible picture I accidentally saw that dropped me to my knees. Late at night as I am about to fall asleep my brain likes to show me that picture. It’s that old lizard brain afraid it’s losing control and throws a tantrum. But you can win out over a little old lizard, you're a Mammoth.

A funny thing happened on the way to my store.

I sold three items for $30.00, and it cost me $30.71. I dumped those suppliers, maybe it wasn't their fault for I wasn’t charging enough, and I went with free shipping—that can eat up the profit.

After hearing a comment from Celine Dion, who said she sang her song 29 times and told the producer, “Don’t you think I got it in 29 times?” He said, try once more. The 30th was the hit.

I don’t know how anyone could sing the same song 30 times with the energy she puts into her voice, but that’s a professional.

I used to think all my drafts meant I was stupid, (Like in my eBook Where The Birds of Eden Sing). Now I see I am incrementally working my way up. I do need to submit the manuscript for the physical book by the end of the month and I'm scared.

Regarding Jo’s Store, Books, and Coffee,

I always wanted a bookstore. Perhaps not always, but the idea of drinking coffee and reading while curled up on a cozy couch on a beautiful patio gets my nerve-endings quivering. 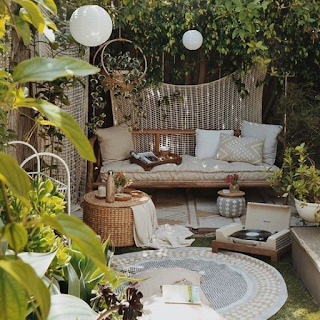 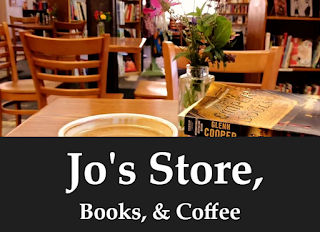 “The author and the reader know each other: they meet on the bridge of words.”—Madeleine L’Engle