When do THEY decide you are a throw-away person?

Before the recent (yesterday’s) medication, the patient could stand up, walk around, take herself to the bathroom, have dinner, look out the window, and on occasion, visit with somebody.

Daughter dear is caring for an Alzheimer patient, who pops in and out of lucidity. Now the patient had been placed on hospice care, has been given mood-altering medication, and is whacked-out on morphine.

From managing (with help) one day to unconscious the next.

I’ve had high regard for hospice people for I had heard such good comments from family members. And I knew they could prescribe morphine that could be a god-send for people in pain.

But this person was not complaining of pain. And, I’m shocked that morphine is prescribed as a matter of course.

Is that a good idea?
Did the patient ask for it?

Well, at least our culture sedates an old person before setting them on an ice flow. (Oh, oh, I’m slipping into sarcasm.)

I once read a story about a young man who lived in the cold North who decided it was time for his father to die. However, in a moment of compassion the son gave the father a blanket, but the father cut the blanket in two and only took half.

“Father, why are you taking only half a blanket when I gave you a whole one?” asked the son.

“Because I’m saving the other half for you.”

The old man lived out his days in the warmth of the igloo.

I don’t know the Alzheimer patient’s history. I know she is elderly, lives still with her husband who is uncommonly kind to her given he has a temper. When he shows his temper, she ships out. (That tells you something, doesn’t it? When did she learn that shipping-out behavior?)

We must not wait until Hospice comes sweeping in the door to lose control of our bodies, our minds, our environment, and our peace of mind. You know what they say, “If you don’t choose for yourself, somebody will choose for you.”

Before I had my babies, I read a book called “Awake and Aware,” that followed Dr. Fernand Lamaze’s principals of natural childbirth.

Lamaze was encouraging women to be awake and present during the birth of their child. He was giving them tools to manage what can be a frightful and painful event. There in the hallowed halls of a hospital, you could follow protocol, use your techniques, and experience pain, joy, whatever. (But, don’t embarrass the personnel.)

How about the outside world? Are we sedated?

A sedated person is easy to manage. Many a shut-in who watches television all day is sedated without chemicals, and probably angry to boot. No wonder the old man husband wanders around complaining about the state of the world, about blacks, about women. He’s angry. And he needs someone to blame.

Not good for our society.

I once read that in an extremely crowded Oriental country where the streets are crowded, the shops are crowded, and families live together in a small space, that finding one moment of privacy is almost impossible.
However, there is still one place you can go where you are free.

That is your mind.

Perhaps that is the reason the use of meditation is so prevalent in the East. Go to a quiet place where your mind can become still. Go where you can experience the silence. “Prayer,” so I’ve heard, “is talking to God. Meditation is God talking to you.” 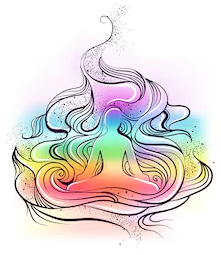 I think one’s awareness should be the last thing to go.

But then, that’s only my idea.

P.S. Thursday I’ll talk about something more pleasant—that is, if it presents itself.
Posted by Jo at 10:57 AM

Email ThisBlogThis!Share to TwitterShare to FacebookShare to Pinterest
Labels: Alzheimers, awake and aware, awareness, Choose for yourself, meditation, Sedation