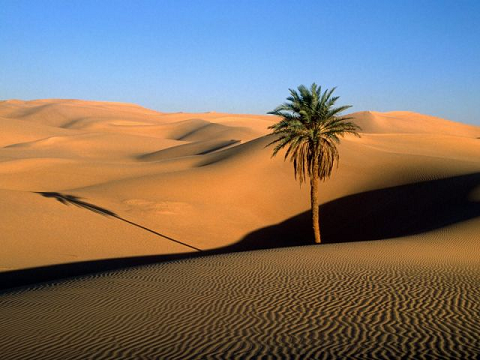 The Sahara desert is bigger than China and the US combined.

That massave desert covers about one third of Africa. Seven million years ago, it was an ancient sea,

The Sahara is predicted to green up eventually, as it oscillates between being a dry inhospitable desert to a lush green oasis-- every 20,000 years.

I guess we’ll have to come back to earth to catch that act.
(A slight tilt in the earth’s axis drives these oscillations and it also drives the monsoons.)

Why am I talking about the Sahara?

Well, writing made me to it. I commented—with my tendency to exaggerate--that getting mail across Africa takes about as long as walking across the Sahara.

I didn’t know how big the Sahara was.

But I found it would be a long walk.

That led me to those ships that travel across the sands—camels. You know how investigating one thing leads to another, and so on.  At one time, so say the records, caravans of 12,000 camels traveled across the Sahara.

Now that would be a sight to see.

An impressive desert, that was once an impressive ocean, to impressive camels that can drink 40 gallons of water at a time and then go so long (3 months) without water that their pee turns to syrup. 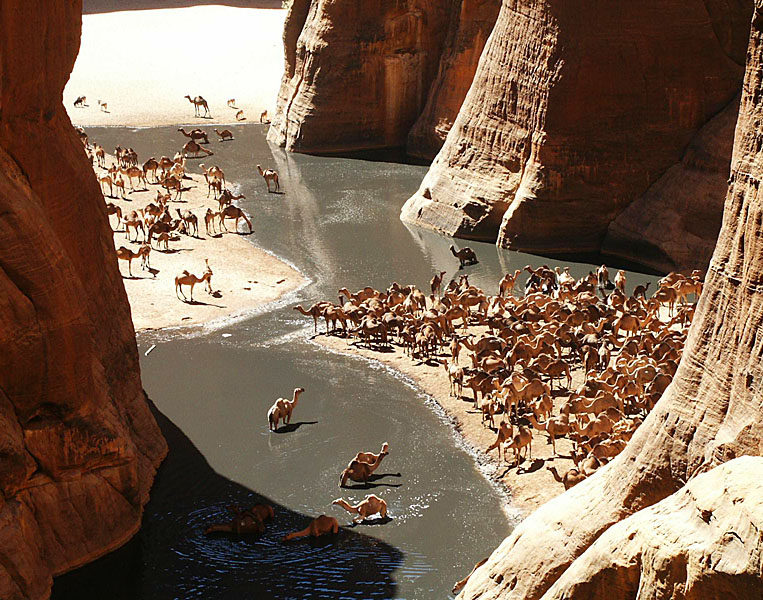 And if you want to know where camels came from, go to this fabulously informative and funny YouTube: “You have No Idea Where Camels Came From,” by Latif Nasser.

I wanted this post to be a little closer to home and about seasons, you know Spring, Summer, Autumn, and Winter, but I got carried away with LONG oscillations in the earth’s cycles.

Beautiful watercolor from magnolia magazine. Kudos to the artist, not named.

Maxi cycles or Mini cycles. I’ve been grieving the end of summer, being a warm-blooded mammal who likes basking in the sun and looking at silky green leaves.

I’m trying to embrace the falling leaves and naked branches. Many people say they like Fall, but for me, it means winter is fast upon us.

It’s not that I don’t like luxuriating by a warm fire, and cuddling up with a hot drink, or snuggling with my honey, but it’s dreary outside.

My Naturopath commented that our bodies have seasons, too, and you might notice how we like warm heavier foods in the winter and cool lighter fruits and veggies in the summer.

I hadn’t thought of the biology of it, other than cases of flu come in winter, and we hope to slip by unscathed. I thought of it psychologically that dreary moods come with dreary weather, and that (Yeah!) spring comes at the end of it.

I get so excited to see the flowers come on, and the deciduous trees push those buds from what would appear to be dead sticks. With fall, I realize how much energy and nutrition those plants have put into their summer clothes. And so I remind the trees that they will get new leaves come spring, and to have a nice winter sleep.

The first year we moved from California to Oregon—many years ago—I had such fun with the leaves, raking them, stacking them, jumping on them—but I don’t think we had as many at that house as we do now. The following year, I said, “Are you guys back again?”

Now I find, through the magic of the internet, that our brain activity changes with the seasons.

“The National Academy of Sciences reports that the brain utilizes its resources differently to perform the same cognitive tasks depending on what season it is.”
Scientists have found that the brain is more active in the summer on tasks that require attention.
On memory tasks, brain activity peaks in autumn and hits a low in the spring.
In winter, the brain is less efficient, and it will be more difficult to do tasks.
Tis the season for chickens to molt that is losing a good many feathers, not all, but enough to make them look like a panther has attacked them. Their egg laying will stop to reserving their protein for making new feathers.
The neighborhood peacock has lost his tail. I’m looking forward to seeing him with a new one come spring, and I’m so grateful that he dropped a half dozen tail feathers at our place. They are gifts of Spirituality, Awakening, Guidance, Protection, & Watchfulness. In Greco-Roman mythology, the Peacock tail has the "eyes" of the stars. ... For this reason, the Peacock feather represents immortality and can absorb negative energies, protecting those who wear them.
Never steal a feather from the bird; he must give them freely.
Here’s one for you. 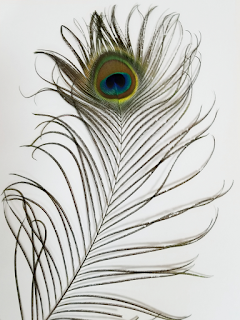 It will protect you from winter blahs, and so gather your nuts, store them in a dry place, and spend your winter at base camp.
I’m rooting for ya,
Jo
Posted by Jo at 1:37 PM