Murder in the Back Forty

I left the truck after spending the last couple of hours there since I couldn’t sleep. Now in the light of day, I saw white feathers at the rear of the property and went to investigate.

While I was in the truck, or maybe it happened earlier, for I heard nothing, Chick-a-dee, my Margaretta-drinking-chicken, was murdered. 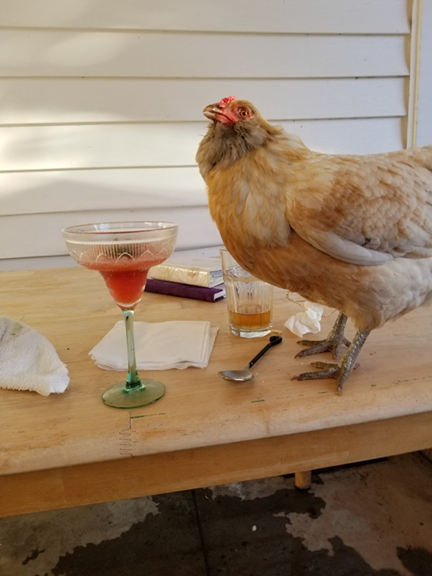 I was in shock, and sad. She was our pet. More of a pet than I knew chickens could be. After losing her sister, she adopted us. One day she sat on the table beside Daughter Dear and stole French fries, and I had mentioned many times how she was a free-range hen and preferred to roost on the back porch. She would have been safe there, but since I wanted a clean porch, I put her in the pen.

She was in the old pen where she liked to roost on the roof of the little chicken house there. She and her sister had been safe there for a year. We have a run between the two pens, and the other chickens were in the other house.

I saw where she was dragged under the fence.

Maybe I subconsciously knew mayhem was happening and thus couldn’t sleep. However, I wasn’t clear enough to go check on the chickens.

While I lost one bird today, I saved another. A little bird was caught in the plastic bird netting I have over the pen. She was so tangled that I had to make numerous snips with the scissors to free her while she took numerous snips at me with her beak.
She is free to fly another day.

Chick-a-dee was menopausal and was not laying eggs this summer. I wondered if the murderous critter took her instead of the others, to preserve his food supply. Now I suspect it was he who stole a couple of eggs.

I had gotten up at 3:30 this morning and since I couldn’t get back to sleep, I tip-toed out of the house to the truck where I jacked up the heater and settled down to read my book on my phone via Kindle.

Yep, I bought a Kindle version.

The Frog’s Song is a bargain at any price, the $12.95 paperback or the Kindle version. (I have both.) Don’t let those throw-away books give you the wrong impression that books ought to be cheap. They are losing money on them--poor souls.

The Kindle version only cost me a little more than the latte I bought this morning when Dutch Bros finally opened. Kind of a shame to spend that much on coffee, but what the heck, I couldn’t sleep. The book will last infinitely longer than did the coffee. 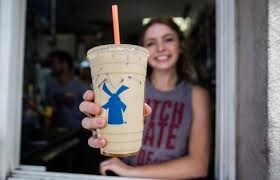 “With great amusement…” I had to laugh, that doesn’t sound like me, but it was in my book.

Once in a while, I will find phrases that sound like my editor, not me, but she spent hours editing it, her publishing company typeset it, created the cover, printed the whole kit and caboodle, and sent me three copies. Talk about a bargain. For that, I can tolerate the whisperings of another voice stuck within my pages occasionally. Jaynie of Regal Publishing “The House That Jaynie Built” is awesome.

But I haven’t shut up now that the book has ended. I’m continuing with a blog on https://thefrogssong.com(more pictures there) which I consider a Chat Room in the Wilds such as Hot Dog Guy had on the Island.

He set up the cleanest best hot dog stand I’ve ever seen at the Y in the road, and people stopped to chat whether they bought a hot dog or not. On rainy days, which often happened on our side of the Island, he put up a canopy so people wouldn’t have to wring out their hot dogs or themselves. But here you’ll stay dry. Unless, of course, you’re outside, or your roof leaks.

Want to know why his hot dogs were the best? 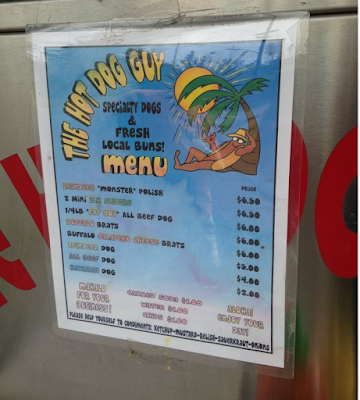 It’s in the book.

Want to know what it’s like to live off the grid?

It’s in the book.

I’ve reached a moral dilemma regarding blogging and book writing. With a book, I’m asking people to plunk down their hard-earned money to buy it and hopefully to read it. And I know from blogging that a large page of text is intimidating to people.  (I have a very literary publisher. who has, herself written a novel.)

I’ve asked people to help me sell at least 200 books, so the publisher won’t drop me.
And it’s embarrassing if you know me—you might not like it. That’s the reason I hesitated to read it. I was afraid I wouldn’t like it either. It had, after all, been out of my hands for two years minus two months.

Things change. People change. I’m not the same person I was two years ago. How about you? Do you feel that way?

Regarding a blog, I figure it ought to supply information or be something someone is looking for. It ought to be of service somehow, if it’s not of service, then what’s the use of it? (Entertaining is of service.)

My book is my personal experience. It’s an adventure. Is it entertaining? Does it provide value? I don’t know.

Okay, here I’ll offer some advice. You know I’m not afraid to offer free content. People have asked me about blogging, and what site I use for travelswithjo.com. There I use WordPress, and it requires a learning curve.

Some site carriers will advertise: “Create a blog in 5 minutes.”

How about a week?

Some carriers are easier than WordPress, but WordPress is great once you get the hang of it.

I spent the past week putting together The Frog’s Song, not that it looks complicated, but I totally screwed it up, changing the themes, losing pages, scrambling content, not having the blog work. I was embarrassed if anyone saw it. Finally, I found a plugin that would place the site on “Maintenance.” However, since my computer knew me, every time I checked to see it. as unpublished, it showed me that it was, but only to me. It was playing with me. (Rather like Pele on the island.)

Usually, I want people to read my blogs, but not during that week. But when I was finally satisfied and decided to publish it. Nada.

I finally got it by removing all the plugins.

More than you wanted to know right?

Now, excuse me, I’m going out to buy a live trap.

How was your day? 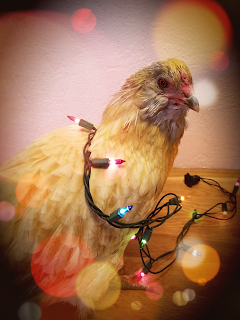