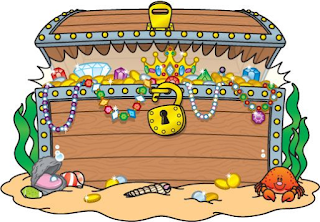 If you are an Indiana Jones fan as we are, you may remember the third Jones’ movie, Indiana Jones and the Last Crusade, that included Sean Connery as Indiana’s father.
When Indiana was searching for the Holy Grail involving a booby-trapped passageway, he avoided the slings and arrows by interpreting “Only a penitent man shall pass.”

He stooped (as would a penitent man) and thus avoided the arrows.

I extrapolated this to a show we are currently watching, The Curse of Oak Island. You know the story of “The Money Pit,” where treasure hunters have searched for 200 years only to find booby-trapped passageways that cause water to flow into whatever hole the searchers were digging. 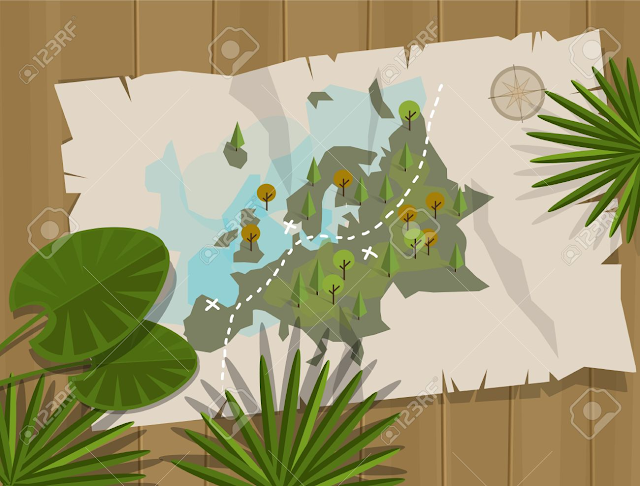 The show is developing into a search for lost history that could be more precious the gold people had spent untold amounts of money, time, effort, and at least six lives to find.

There is evidence that supports the belief that the Knight’s Templer, buried something there. (Among other people such as pirates.)

The Knights Templer were for a time one of the wealthiest and most influential sects in the world.

What were they burying? Gold? Jewels?

The Knights were created to guard pilgrims traveling to the Holy Land. Since they needed money for the journey, and thus had it on their person, they were targets for thieves. The Knights protected them and began the first bank where money was safe from road bandits.

Seventy of the Knights Templer were arrested on trumped up charges, were imprisoned for seven years, tortured and executed on Friday, Oct 13, 1307—the origin of Friday the 13th as a bad luck day.

It is believed that some of the Templars avoided persecution and hid their treasures. The Grand Master endured untold agonies that ended with his death, and never revealed his secrets.

Evidence points to Oak Island as being a depository—for what? Gold? Treasure, manuscripts, sacred artifacts?

People get gold fever. The lure of a treasure chest or a sunken galleon will send them into a feeding frenzy. Oak Island has been torn up, drilled into, and bulldozed until it looked like a strip mine. (It recovered, and looked quite wild and overgrown when the current film makers showed up. (The two men leading the current expedition, Rick and Marty Lagina, are respectful in keeping the integrity of the island.)

I believe some people have found treasures on the island, especially three boys who discovered three chests, and initially the money pit. Consider Samuel Bell, a former slave who moved to the Island to be a cabbage farmer, and ended up one of the richest men in Nova Scotia. That’s telling, isn’t it?

The Knights Templer certainly believed they had something of value to go to the effort they apparently did to preserve it. And these imprisoned tried to leave clues carved into their prison walls with no sharp instruments. Some of the clues are identical with those found on Oak Island.

One such symbol was THE TREE OF LIFE.

Some think the huge “Cross” depicted on the ground at Oak Island is in actuality the Kabbalistic symbol, The Tree of Life.

I looked up the Kabbalistic Tree of Life and almost fell off my chair. 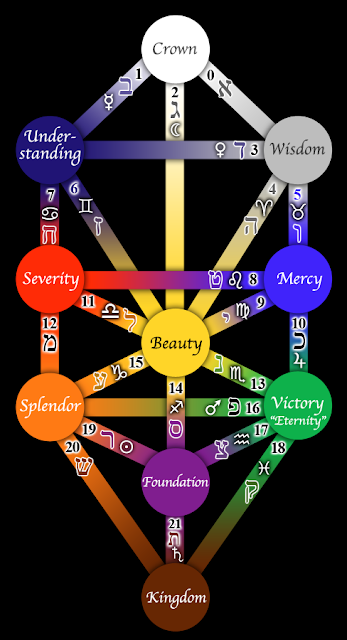 The tree of Life is a sign of a fresh start in life and immortality. It is a sign of growth and strength. As a tree grows it bears seeds that contain its essence, in this way, the tree becomes immortal.

The Tree of Life is a map of 22 paths to God. It is a connection between God and the human psyche. It is made of nodes, or points, called sephiroths.  Those “sephiroths” are named, the Crown, Wisdom, Mercy, Victory, Understanding, Power, Majesty and the Kingdom. At the center are Beauty and Foundation.

(Well, there is a reaon for percuting people—lovers of truth and beauty.)

The Crown represents the beginning of the universe. It is the point beyond which our comprehension of the origins of life cannot go. This “point” is usually understood among Kabbalists, who don’t envision time and space as pre-existing, as something approaching, “ENERGY.”

These Nineth-Century peoples knew about energy?

And then 12 centuries later along comes a man named Einstein saying that E=MC2. (Mass times Light squared equals Energy.) I don’t understand about light speed being squared or how he got it, but I understand that he said matter is neither made nor destroyed, and that mass and ENERGY are interchangeable.

What if these ancients thought their understandings were important enough to preserve?

What if their knowledge is so hidden that it will take a “pertinent” soul to find it?

That’s fine, the lures of treasure is exciting, but what would we do if we thought we would be bombed back to the Stone Age?

Would we bury information? Where? For whom?

We have gained great knowledge regarding how stars are born and die. We understand how solar systems came into being. Quantum Physics is a hot topic now.
Now we know about cells, and molecules, and atoms, and sub-atomic particles.
We have an understanding of medicine and the body and the psyche that far exceeds (I think) what the ancients knew.

How far would we go to preserve this knowledge?

As I was writing the Frog’s Song I came upon this legend, and included it in my book. I guess since I’m quoting myself I can put it here.

There was a time when ordinary people had access to the knowledge of the gods, but ignored divine wisdom. The gods, tired of bestowing the gift of knowledge only to have it ignored, decided to hide it. They believed that if people had to work for it, they would place a higher value upon the acquisition of wisdom? But where to hide it?

“Buy it in the ocean,” one of the gods suggested.

“No. On day humans will dive to the depth of the ocean,” a second demurred.

“Then bury it in the earth,” suggested another. that,  too, was dismissed, as was the top of the tallest mountain, since one day humans were sure to venture there.

Finally, one of the gods suggested they hide it where the people would never think of looking—inside themselves.”