While You Were Gone 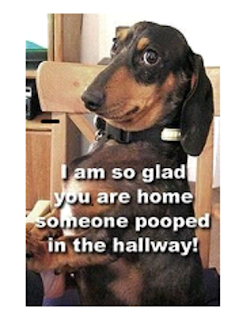 “What happened while we were gone Peaches? Sorry I had to leave you, but it was 107 degrees in Las Vegas.”

I know Mom, I forgive you. You might think I lay around and slept, but you see, this happened:  I was skulking through the garden when I came upon a rodent bigger than a house. It had teeth the size of a T-Rex’s and slobber dripped—it was disgusting. Well, do you think I was scared?  Yep, I was, so I called Bear. Now Bear is big. Bear’s a Newfoundland, and they are big, but that rodent was bigger. Maybe it was a T-Rex.

It was red and yellow, and its eyes shone even in the daytime.

Bear and I hid behind the rose bush and planned what we could do about this invader monster rodent. We couldn’t let it wander around the property, it would scare you when you got home.

Did I tell you steam spouted from its nostrils? And it was bigger than Big Rock Candy Mountain across the road?

Bear and I hatched a plan, we would sneak up behind it at night while it was sleeping. We would tie a rope around its feet, and hook it to the truck. When Dad drove away—bye bye monster rodent.

Our paws really can’t tie a rope, but we can bark. So we barked as loud as we could. We even barked into a garbage can which made our voices sound like 100 dogs. And you know what? That rodent ran right over the fence into the next yard.

And we have none.

Yep, that’s what we did while you were gone. 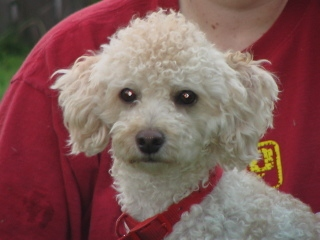