Have We Lost Our Joy? 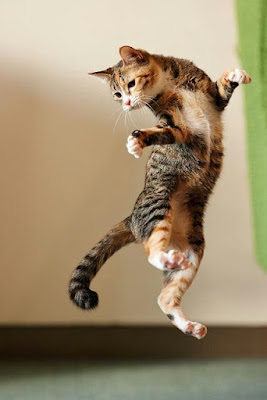 Did we ever have it?
This question came up for me when I saw the documentary #Kedi, about the cats of Istanbul.
For thousands of years, cats have roamed the streets of that ancient city. Cats sit on the sidewalks to be petted by pedestrians, some come and go into the home of their chosen person, some weave their way around the ankles of people sitting at outdoor cafes, some wander in and out of fish markets, or paw a restaurant window asking for food. One cat found a wallet for a man who lost his boat in a storm. “If you don’t believe this story,” he said, “you’re a heathen.”
A woman on the show commented that cats bring the joy people are dangerously in danger of losing.

The movie Kedi documents seven cats from the thousands that roam the streets of Istanbul. The people say they do not pen them up so they can pet them, but allow the cats to come and go. They feed them, care for them and tend their wounds. One man said, most of us have a running tab with the vet.
Where they had giant rats, the cats took care of them. A former psychotic man said the cats saved him. He could not laugh but now finds joy with the cats. He tends them and brings his bunch of cats about 20 pounds of chicken daily.
“It is said that cats are aware of God’s existence, while dogs think people are god.”

You guys have heard me go on and on about the #Tony Robbins Event I attended in November, and now I see that the Los Angeles 3-day event such as I attended in San Jose, is sold out, even the high-fa lutin' expensive tickets.
That tells me that people are attracted to joyful events. That tells me that people want to know themselves better.  It tells me that they are seeking something, whether it be motivation to go faster and farther in their businesses, or to go faster and farther in their life experience.
Some go to the event to heal old psychological wounds. Some go because they are desperate, some are depressed, some are suicidal. (Of the more than 100 suicidal people Tony has counseled, he has not lost a single one.)
People are attracted to high energy people who want an exciting, meaningful life.
That is what I wanted on this site, and why I began  www.traveling-thru-life.com to connect with other seekers.
Remember what I said about out psychological holes not matching the other person holes? Because of that phenomena, we can help each other.
Yep, come on in, state your gripes, complaints, Kvetch a bit. We will slap you with a pillow and tell you to get over it.
I don’t mean to belittle your life issues, but to add a little lightness to them, and to state that maybe instead of problems, we could call them challenges. Challenges spur us forward; problems weight us down.
I have heard it said that “If we focus on crap, we will become a crap magnet."
Don’t have any problems? Great, share that too. I want to hang out with high-flying people.
If you aren’t flying high now, you soon will be.