Rotate your hips. It gets the blood racing, and as you know your lymph system does not have a pump, it relies on your body movement. Rotating your hips is one of the best ways.

Should you go to an event such as I am writing about, (Tony Robbin’s “Unleash the Giant Within") you might ask: “Why am I here?"

Or here, you might ask: “Why am I reading this?’

Regarding the event: You chose it. You prepared for it. You agonized over it, you feared it, or you were excited about the possibilities. Did you get dragged to it? I hope not. You figured there would be riches to find, people to meet, truths to uncover.

That registers as uncertainty.

It might shove us over the edge or be a complete disaster.  It might test our belief system, or push our buttons.

On the other hand, it might be an absolute wonder.

We desire uncertainty in our lives—that’s where passion and adventure reside, however, we also value certainty.

Certainty such as where the next meal is coming from, security of home hearth, and friends. Our task is to find our tolerance for each.

I can’t think of too many things that guarantee certainty, death and taxes, right, okay, we’ve heard that for a long time, but I plan on the sun coming up tomorrow and for me to be here to enjoy it.

Regarding why are you reading this, I hope you find value here and will stick around, for I would like company on this trip.

If I jump up to get something, water, coffee, iced tea, answer the phone, answer my grandson, Obi takes advantage of a hot keyboard to warm his butt.

I do…most of the time…

Perhaps you didn’t come here for a course on how to be successful or have the secret to being a billionaire, but I bet there is something in your life you would like to change, do, or have.

If you don’t you’re dead, and you wouldn’t be reading this. 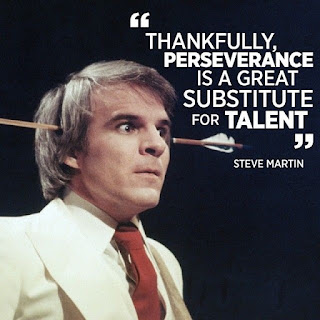 What prevents you from doing that?

How do you feel when someone says “You’re Wrong. Mistaken, Lying?” Those words cause a biochemical change in your body. (So does being in love.)

When I was a kid I would often hear this phrase when one kid teased another: “Sticks and stones can break my bones, but words can never hurt me.”

That’s wrong. They do hurt.

They cause a biochemical change in the body.

On the last blog I spoke about depressed people and how in our culture, we medicate them.

Guess we didn’t teach them that disappointment is a part of life, and to expect to be happy all the time is ludicrous.

If you want to achieve, however, focus on the future.

You know how it is when you are looking for a new car, or shoes, or outfit, or a couch—you begin to notice them, and they pop up in the most obscure places.

I got myself on that one.

That noticing of desired events comes from our #reticular activating system (RAS), the part of the brain that regulates sleep and wakefulness. The RAS also mediate transitions from relaxed wakefulness to periods of high attention.

(I suppose one reason Tony uses #Neuro-linguistic programming is that traumas, phobias, and limiting beliefs can be broken by a sudden change of state.  Of 100 suicidal persons he has helped he has not lost a single one.)

And remember, complexity is the enemy of completion.

So, what lesson is there in that?

We never knew when Joseph is going to yell that.

Be Rocky, pump those arms in the air. Do the Hula.

I found that I sit entirely too much. I can go for four hours straight sitting in my chair--not good.

1). The Science of Mastery

This involves, besides having a hunger for what you want, a focus to achieve it, massive action on your part, but also a change in your physiology—that’s what makes change stick. Tony is a master on neuro-linguistic programming, that is breaking a pattern.

Have you ever been saying something and another person butts in and you forget what you were saying? You aren’t becoming senile, your pattern was broken. I can decide to go after something, turn around, and forget what it was I wanted.  It feels as though it falls out of my brain, and that drives me cuckoo.

2.) The Art of Fulfillment:

I bet that sometime in your life you got something you wanted, and still felt empty. “Is that all there is?” you ask.

You have heard of movie stars who had fame, fortune, the esteem of their peers and love the world around, yet they killed themselves.

They missed the second phase.

If you have a goal and achieve it, but it gives you no pleasure, it was a hollow victory.

Let it in, dance, celebrate.

Oh my, I remember when I was twelve years old. One day my dad led my heart’s desire down the drive. It was a gift for me, a horse, the one thing I wanted most in my life.

I celebrated him for the next 9 years. He was perfect.

See why I like wishing on horses—and they don’t have to be white. Boots was a sorrel, a rather golden brown, and his mane and tail were flaxen, that is blond. And he had two white “boots” on his hind legs. He spoiled me, as I didn’t know that some horses can be cuckoo birds. (They suffer from the same trauma people do, and it takes a skilled person to gentle them for human interaction.)

There is much more I can tell about the Robbins' event, and there will be a little more, but not much. I am not going to repeat the course. That’s Tony’s. I’m not giving you a workbook version either. I will give something about the afternoon Tony spoke about nutrition--my seat companion asked if I would.

Before I leave today I have to tell you Joseph’s story about his mother.

One night he came home around midnight after a seminar and was fiddling with his keys trying to get into the house when he heard his answering machine come on. (You remember the days when we had answering machines in the house, and when someone left a message we could listen to it in real time.)

It was his sister. Her hysterical voice came over the answering machine, “Momma’s in the hospital.”

He ran to the phone called her back, but she had already left, so he got in the car and drove the 180 miles to the hospital in L.A.

When he got there his sister was holding her baby and crying.

Mother was in surgery.

When the doctor came in, he was solemn. His mother had cancer. They took out part of a tumor, but left the other part in for to remove it would kill her. The doctor told Joseph she had, “Two months to live.”

Joseph remembered what #Deepak Chopra had said. “If a doctor tells a patient they have two months to live they will be dead within those two months."

Back and forth they went with the sister and baby crying.

Joseph grabbed the doctor’s shirt and said, “Don’t tell her!”

Joseph knew about L.A. police pat down, and here he was a black man. He released his hold.

As he was leaving Joseph said, “If you tell her I’m breaking your back.”

Well, security did come, but they only said, “I know this is a difficult time, but do not threaten the doctor.”

So Joseph wondered what to do—get to momma before the doctor. And remembering what Norman Cousins did to heal himself he ran out, bought a VCR, and a pile of funny movies.

He ran to the room where momma was still unconscious and discovered she had a roommate. He asked his sister to leave, turned to the other woman and said, “Things are going to be happening around here, you can either stay or move to another room.”

Joseph stayed in the hospital with his mother for two weeks. When the doctor came in he took up his stance--glaring with arms folded.

The doctor never told her.

Joseph and his mother laughed over the movies with her holding her incision and saying “Oh stop, stop,”... and laughing.

She lived for another 11 years. 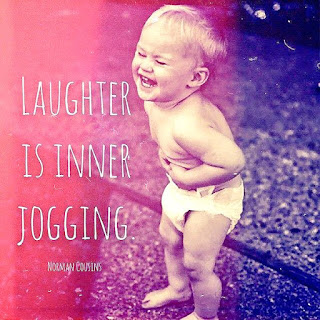 “Your mind won’t let you enjoy---your heart will.”

“What better gift can you give your creator than to appreciate your gifts.”

“Life happens for you, not to you.” 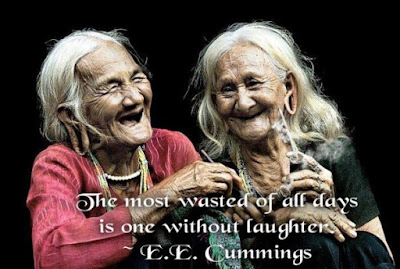 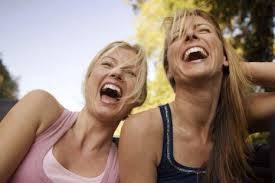 Now go back and scan over this again, and Stand up when I yelled stand up, and you will find you feel a heck of a lot better.