From Firewalker to Streetwalker all in One Day 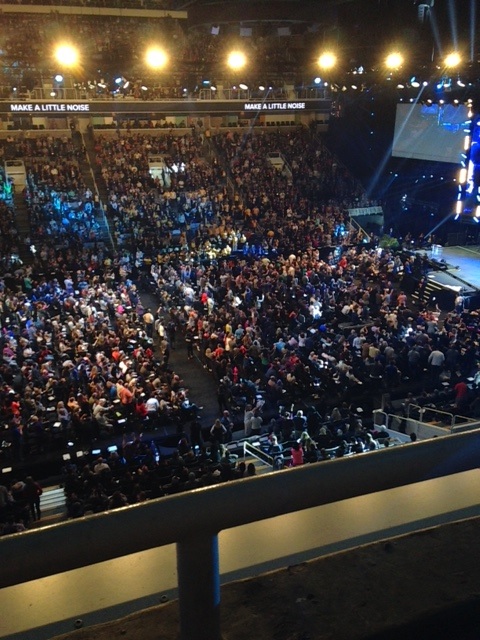 View from my seat

As I looked out over the arena I thought, here are 10,500 people all collected together, wanting more out of life, wanting to heal their hurts, wanting to be happy.

And because of all us attendees at the Tony Robbins “Unleash the Power Within” event, paying our entrance fee, collecting together on a grand scale, the people of the San Jose area received one million free meals.

This contribution probably comes from Tony’s background of growing up without things like FOOD. One year someone gave the family a Thanksgiving, or some holiday, meal. While his father saw it as evidence that he was not adequately supporting his family, Tony saw it as food. That father was one of three to come--most confusing to a young child.

As I sat down at the railing overlooking the main floor, my seat companion said he was from Grant’s Pass Oregon—another Oregonian, what are the chances? He works for the corporation of #Dutch Brothers—the coffee people. 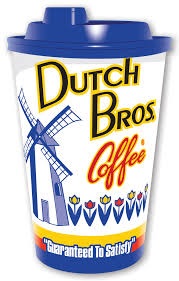 Paul was a live-wire, a young man, not one who looked corporate. When they asked him if he wanted to be corporate said, “Do you know who I am?

It must have been his enthusiasm.

The Dutch Brothers company uses many of Robbins’s principals in their business, he said, and he was there because the company sent him and 29 others to this event. They sent them on the company plane and put them up at the Hilton.  My kind of company!

I said that the servers at Dutch Brothers are always so nice and asked if they train them.

No, he said, “You can teach a monkey to make coffee, but you can’t teach him to be nice.”

“Don’t sit together, the manager had told their people. “Spread out. Have your own experience.”

I’m going out of the house in a little while, think I’ll have a Dutch Brother’s coffee. We  have a Keogh within a mile of where we live. I am supporting them royally from now on.  Great coffee too.

I looked online and found this picture "#Dutch love that goes viral." 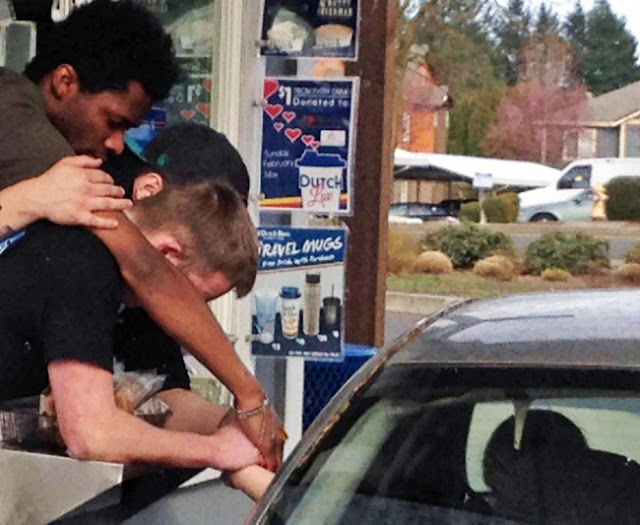 Earlier that first morning I took the train from my motel into where I thought I was going, The San Jose Convention Center. There were three fellows on the train also going to the Robbins event, and one, who had registered the night before, knew what he was doing. “Follow me,” he said. “It isn’t the convention Center. It is the SAP, the Hockey Arena.”

The train didn’t go to the Hockey center. Our stop was at the convention Center.

Out came the cell phones as the three fellows searched for directions. “It is about a 20-minute walk to SAP,’ my first angel said. “Are you up for walking? “

“Sure, “ I said, backpack on my back, an easy carry. We were warned to bring jackets as the arena would be cold, and bring snacks and water as well, necessary to keep our energy up. Some days there would be no lunch break.

And then at the end of the day—hey, I bet you thought I was going to give you the low-down on the event. Uh, uh, uh, first you must throw rocks at the hero.

You know we are the heroes of our own story…

Walking on hot coals is nothing compared with trying to find ground transportation in San Jose California at 2:30 A.M.

We got out of the event at around 2 in the morning, as the firewalk occurred around midnight. I wondered how I would be getting home, for I was not walking downtown to the train stop, besides the train had stopped running.

I figured taxis might be standing in line outside the arena, as they do at the airport.

I had a UBER app. “No cars available.” it said.

Okay, I called a taxi.

At this time all 10,497 people of the 10,500 event participants had mysteriously blown away like Mary Poppins ‘competitors for the job as a nanny.

Three girls were sitting on the curb.

A cab came. We three shared it.

“Take us to the closest stop first," we said. I do believe it was me, but the other girl said it was her, so I said ok. This was after the endless debate by the two girls on where they were going. One had two options, the other fussed with the driver telling him where to go, where to turn, although he had a GPS right before his eyes. The other girl hinted about staying with me, but I only had a queen bed, and I wanted to flop on it---alone.

“Is it closer to Milpitas, or Campbell?” the girl asked. “Give me an address, “said the driver.

After the first girl was dropped off, the driver said, “Now we are closer to Campbell.”

“I am not going to ride to Campbell and back,  said the dragon that reared up inside me. “Take me to my hotel.”

He did…but that’s not the end of the story.

It turned out that there were two motels by the same name, and I was dropped off at the wrong one.

When I walked to what I thought was my room, the taxi was still sitting in the driveway while the girl debated. Nope, I thought. You are not staying with me.

Something didn’t feel right, so I went into the lobby. There was the same man who had checked me in the night before.

However, I was not registered there.

“You checked me in last night,” I said.

“It was at the other motel. I work at both.”

“Where’s the other one?’

“Right down the road.”

I knew I was on the right road, just a wrong street number.

“Right down the road.”

That guy wasn’t much help.

So I walked the five blocks down 1st street at 2:30 in the morning.

From Firewalker to Streetwalker all in one day.

But I made it home to a hot bath.