How's Your State of Mind? 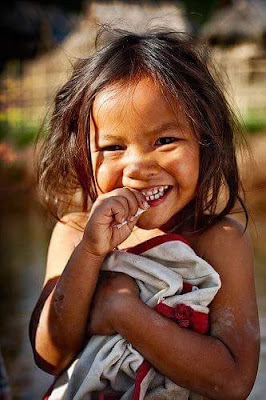 We all smile in the same language

”If people are going nuts around you there is still a still place inside you.

”However, don’t get to blissed out or someone will come and take your furniture.” –Tony Robbins

I have heard that 80% of our population is depressed.”

And what do we do for a depressed person?

Are they still depressed?

What is your flavor of suffering?

There are two basic fears that all humans share:

The idea of a workshop, seminar, whatever you want to call it, is to Play full out. If the presenter is the one doing all the work, he gets all the muscle.

I don’t know how you take notes without listening, maybe borrow them like in college. Maybe just write and not listen. Oh well.  Here, with no sound or visuals you are stuck with reading.

You remember sitting at a lackluster lecture, fighting sleep, the chair gets hard, your legs go to sleep, your butt turns numb.

And you were paying for it!

Tony Robbins is like the Energizer Bunny on speed. He can go fifteen hours straight, dancing, jumping up and down, yelling at the top of his lungs, and pushing his voice over its limit. (He has damaged it, and takes a day on, a day off.)

When I heard Tony wasn’t going to speak the second day, I thought, Hey, I thought we got Tony for 3 and 1/2 days.

However, Joseph McClendon III won me over. I love him. 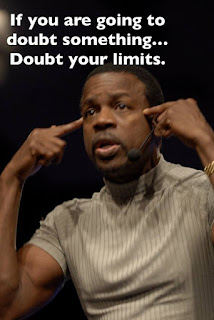 His story is that he was homeless for a time sleeping in a box in Lancaster California. You can drive for miles around Lancaster and only see sand and telephone poles—that story comes later.

The reason he was sleeping in a box was that someone tried to kill him because of the color of his skin. He thought, “If someone would do that to me. There must be something wrong with me.”

One day a man gave him a book.

It was Think and Grow Rich by Napoleon Hill.

He read it and went back to the man who had given it to him with the understanding that when someone gives you a gift you ought to give them something in return.

The man said to pass it on, not the book specifically, but the principles and now McClendon is a neuro-psychologist in L.A. and a presenter at the Tony Robbins event. He says it isn’t the motivation, it’s the “Do.”

While McClendon was urging us to believe we rocked, he suggested that when we approach an automatic door where two doors part like a theater curtain, that we swing wide our arms as though we caused it, stand in the open doorway, blow kisses and bow.

He had been doing that. One day he walked with up to the automatic doors at a grocery store with his little 2- year-old son holding on to his finger. You know how toddlers hold your finger? As they approached the automatic doors he felt his son pull away.

The little boy stood before the doors, waved wide his arms like a magician, and stood there arms spread with a big smile on his face.

There was a Starbucks Coffee shop right inside the doors, and seeing the little boy standing like a composer who had just conducted the Philharmonic orchestra, they applauded.

Strange, isn’t it, how something that means so much to you can be received negatively by someone else?  I just tuned into a long tirade online from an attendee at a San Jose event who took a month to recover! That was in 2012. Holy cow, I was ready to go the next day, and I am twice her age.

I suppose having Tony say if you are a pessimist you are gutless, might shake some up a bit.

Tony says we use softeners in our language, and after reading the book Taboo Language, he uses Adult Language to jolt, to emphasize, to jar people out of their present state. That might bother some people too, although he states up front, that Adult language will be used.

One reason I went to the event was to learn how to change my state. Of late I had been grouchy, irritated and angry a lot of the time.

Although there are a million beautiful states, to think you can be happy all the time is ludicrous.

We have a two-million-year-old-brain (evolutionarily speaking) that is wired to look for saber-toothed tigers. Finding no tigers, that beautiful brain of ours looks for something else to scare us.

It “thinks’ it is looking out for us. Misguided thing that it is.

And so the mastery in life is to control our brain instead of letting it control us. The idea is to notice the fearful thought as it passes through and let it go on past.

And think of this. We are stupid to fuss over what is predictable,
when we know someone will mess up.

I am used to events. I’ve attended channelers, consciousness raising groups that was something akin to EST, if you remember that. Taboo language doesn’t bother me. I love it when someone goes full out. To me it like Barbra Streisand singing “Don’t Rain on My Parade.”

Hit number two: Why affirmations and presentations such as The Secret that everybody went cuckoo over don’t bring the desired results.

It takes more that positive thinking or wishing—although having a positive attitude is definitely better than the opposite.

The trick is that is whatever you put out, affirm for, focus on, or pray for must be done in a peak state. (Perhaps desperation works too, for that is highly emotional.) I’ve heard that focus and affirmations must be done with emotion, many guru’s tell us that, but few pump you up like Tony Robbins.

So do whatever it takes to put yourself the in a peak state before you ask for your heart’s desire. Music, walks in nature, whatever floats your boat.

And remember to give thanks, to live in an aura of Gratitude.

One question was: “What amount of uncertainty can you take?

We need a certain amount of certainty in our lives to function well—food, money, love, those sorts of things.

Yet we need uncertainty. The call to adventure. The urge that pulls us toward a goal, those sorts of things. We just need to know where in the spectrum we fit. Remember all passion is in the realm of uncertainty, and remember this: You are more powerful than your dopey moments.

Watch this orangutan watch a magic trick, it’ll make you fall out of your chair.

https://www.youtube.com/watch?v=OLrYzY3jVPY
Posted by Jo at 9:39 PM