Contemplations of the Week 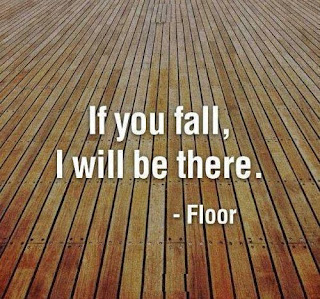 Well, it’s been an active week in Davis land.

Between searching for houses, researching manufactured homes, finding a Loft I like, (single-wide module) having the loan officer say he would not loan on a single-wide, placing an offer on a piece of property with an old loan pre-approval letter, thinking, of course, that if I got one loan preapproval it would show them I was capable of getting another.

It sent the listing broker into a tailspin. Hey, they don’t want someone to buy property--whoops get a loan on it--until those people know what they are going to do with it. However, for us, it was a catch 22. We wanted to know we had the property—and they are flying out of here faster than the ducks migrating—so we can decide what to do with it.

Guess I listen to a different drummer.

I have noticed that if we decide we want something, that decision spreads through the air like pollen tinkling someone else's nose, and they decide they want it too. So, I figure we ought to jump on a decision as soon as we make it. My scenario is I place an offer, secure the property, use a 60-day escrow period to obtain a loan, if something goes awry, and I drop out they have just made $1,000 from our earnest money.

Seemed simple to me.

Guess they were afraid to risk taking something off the market for a flake like me. (It’s been on the market for months already, and the owner didn’t get a chance to decide.)

The Listing Broker wouldn’t present it.

We withdrew our offer.

The Universe has something better for us.

This experience sent me thinking…about how important it is for bureaucracy to cross the t's and dot the i's.

I read a quote recently that went something like this: “If we stop telling stories the culture will die.”

I began thinking about this comment, that metaphor is important, “He was the black sheep of the family.” He was not a sheep. He was not black, but he was different and stood apart from the group, as does a black sheep. It works. It is colorful.

Similies work. Hey “Cool as a cucumber,” tells us a lot.

Images stretch our mind. Jesus often taught in parable. He said he was using a parable. Bible scholars called one story, “The parable of the prodigal son.” It was a story to teach. Did people take it as fact?  Don't know. Probably some. Yes, it is reasonable given the story. But to forgive, wasn't that the bottom line?

Something God didn't get with the Adam and Eve story. And so we have had an excuse to put down women for millennia. Good old inquisitive Eve had guts. She had the courage to want to be as wise as God.

The African's say they don't know what God is, but His highest attribute is Imagination.

I have noticed that people have trouble with analogies and allegories. Remember Plato and his, "The Allegory of the Cave?” In Plato's story, the shadows of statues are reflected on a wall from the fire behind them. The shadows, according to Plato, represent what we see of life. We see only shadows, not the real thing.

Lose stories and we lose something as old as time and as important as breathing.

Jump into the cold water. Read some fiction. Let someone like Ray Bradbury fill you head with fancy. It’s like running away to the circus.

I guess my experience with the Real Estate Agent—not my daughter, but another, sent me into this mode.  She was a teacher sent to say, “Don’t lose vision no matter the results or what people say.”
Posted by Joyce at 12:27 PM