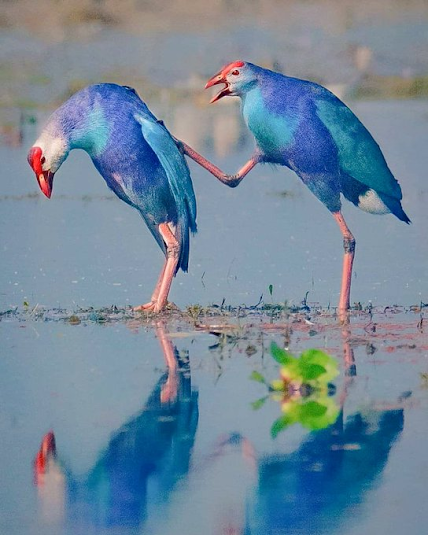 In searching for quotes for my notebooks/journals, I found this one—one of my favorites, although I did not include it in any of the books:

"Changing the toilet paper spindle does not cause brain damage."

I told my husband this morning that I didn't have a blog this week. I had nothing to say. He said, “Well, I guess that's it."

I said, "That's not an excuse—you begin and see what happens."

That's the writer in me, and that's what I tell creatives. Just do your work, and see what happens. Sometimes we hit, sometimes we miss. Sometimes the wastepaper basket gets all the info, but we keep on keeping on.

Perhaps I've gotten caught up in the at-homeness, the covid19-ness, the debate, the confusion. I want to say something positive yet feel helpless to do that.

I hear that people are suffering. One couple said that locked up at home, they yell at each other all the time, and that's not good for the kids. Another friend said that this Covid19 has sucked all the joy out of her life. Now she doesn't want to host any gatherings at her house while she used to have many during a year.

What should we do with this information?

It appears that the power structure is trying—they have come up with a vaccine and now are encouraging, virtually forcing people to take it. Some believe it's a savior; others think it's the devil incarnate.

It could be that sinister forces are at work, for when profit is forthcoming, people become suspicious. We encourage profit. We admire people who get rich—but not too rich. Without profit, companies would not exist, but outrageously high profit really is greed.

It could be that the power structure—let's start with the doctors, they were at a loss on how to treat this disease. Some wanted to try methods outside the Hospital’s protocol and were stymied.

The medicine (I-word) has been shown to heal Covid19 better than any other treatments, yet it wasn’t allowed to be administered in hospitals, even at doctor’s orders. If it is mentioned on YouTube that channel soon goes Bye bye.  The I-word has also been shown to be a preventative, is cheap to produce, and has been FDA approved for 40 years

Research scientists are scrambling to find answers. Politicians were trying, some with an agenda, some with an honest desire to help. The populace was depending on those in the know to have answers.

This scenario was like Hawaii trying to solve their rat problem. Scientists brought in mongoose to eradicate the rats. The problem was, the rats were nocturnal. The mongoose is diurnal, so one sleeps during the day, the other at night, and they both exist happily together.

We have science to help us, but mother nature is complex, and we are babies in our efforts.

In 1859 Thomas Austin, a wealthy settler who lived in Victoria, Australia, had 13 European wild rabbits sent to him from across the world (So he could hunt them, wow.) He let the bunnies roam free on his estate.

From this one backyard sanctuary, it took only around 50 years for these imported rabbits to spread across the entire continent.

Australia was fertile ground for bunnies; literally, its ground is excellent for burrowing. The climate is warm, grasses were available for food, and rabbits had no natural predators. If times get tough food-wise, rabbits will eat about anything—and everything. Soon they invaded crops and land, leading to soil erosion and the loss of native plants and animals. Farmers were leaving their decimated land.

Fencing, killing, poisoning. gassing their warrens (where a group of rabbits live, and raise their young.) didn't do the job. Birth control would only affect one rabbit at a time. Once, the government offered 3 million dollars to someone who could come up with an effective bio-control. None worked efficiently enough. Rabbits soon developed immunity.

Scientists created a rabbit-specific virus, and that works somewhat.

However, in January 2020, it was estimated that approximately 200 million feral rabbits inhabit Australia.

This is what we are dealing with now with the virus. Evolutionists Heather and Brett Weinstein have a podcast where they have been talking about Covid19. (Yes, Evolutionists, that dreaded word that simply means biologists who study how organisms change) offered a description of how variants appear.

Mother Nature knows how to balance, but we, the people, do not want to be casualties, so we try to intervene.

So where does that leave us?

I want to add something positive, so here are some ideas:

We know stress interferes with biochemistry. We know that chemicals in our houses ought to be replaced with natural substances. We figure that genetically altered foods is suspect. What about the excessive use of plastic?

Grandma's food tasted great, and nothing was genetically modified. The organic farmers have a point. They can produce beautiful, healthy fruits and vegetables without chemicals. (The marijuana growers have perfected this craft.)

What about chemicals to make the cows produce more milk? Come on, stop it with the cows. Stop throwing chemicals on the ground and into animals. Now people injured with the herbicide, Round-up-- that has been used extensively in Oregon, are getting compensation. What does that say about its use?

Nature takes her time. We don't have the time. I guess that's the battle.

We love our Momma (earth). So, let's not make it hard for her.

Here I am talking about world conditions, while on the other had I’m walking in the forest and talking about creating our own reality. Perhaps they will mesh eventually.

"Why should we use our creative power…? Because there is nothing that makes people so generous, joyful, lively, bold, and compassionate, so indifferent to fighting, and the accumulation of objects and money."

(This did make its way into "Breathe.")

And I thought I didn't have anything to say.

My notebooks, or journals, by jewell d are for your exquisite thoughts, or stuff you can't remember but need to. They have lined pages, and quotes scattered throughout for fun and inspiration.

Chirp is live, Believe is alive, Breathe is in review.

On the back cover of Believe: