From Jo, with Love

I’m assuming that you, like me, have grappled with this dilemma…

Have you ever gone to an art fair and browsed through exquisite paintings, crafts, photographs, and some you would like to buy, but the price tag prohibits it? The artist deserves what they are charging, for I know chances are they spent hours on that painting or sculpture. Even if they did whip it out, they deserve energy in the form on money in exchange for the energy they put into their craft.
My grapple is charging for my services.

I feel odd charging for something I have created, knowing how much art feeds the soul.

On the other hand I know if you don’t charge you’ll soon go out of business. What a shame.

I’ve paid people, and I have taken a lot of free advice from people willing to give it.

Perhaps these comments ought to end up being my morning pages that Julia Cameron writes about in The Artists Way.

For those who do not know about Morning Pages, they are a way to write out the crap that’s cluttering one’s head, and it’s not for public consumption. With morning pages, you can gripe on the page and then throw it away. It’s a way to put a period at the end of a sentence. You know how thoughts can cycle through then turn around and bite you on the butt.

Morning pages are a way to write without fear of mistakes. It’s letting thoughts pour out through the fingers. Why write it? That way you can put a period at the end of a sentence and be done with it. Who wants to repeat themselves with a pen—you get writer’s cramps.

It’s the best therapy I can think of right now.

I need help turning my thinking around.

What if my art stinks? And who wants to buy it anyway? People are short of funds right now I don’t want to ask them to part with money better spent on survival. And regarding books, who reads these days, and why would they read mine?

Long ago I took a correspondence course from The Art Instruction Institute thinking I wanted to be an artist. Charles Schultz, Peanuts creator, you’ve heard of him, took that course before me, and that convinced me to sign up. Somewhere in the middle of the course when we were doing pen and ink drawings, I came upon the phrase “The Painter with a Pen,” and while the course is long-gone, and I’m not an illustrator, or a cartoonist, I like the idea of being a painter with a pen. For do not words draw upon a page, and with ink?

Zig Zigler to the rescue!

“It’s the attitude, not the aptitude that determines your altitude,”

I know that half the world–more than half–spend their day doing soulless work. Thus, we ask ourselves, “Why am I different? What makes me think I can pop out of the morass and do what I want?”

Suffer with the world seems to be the mantra.

Well, are you not a child of God destined to do great things? We didn’t come here to be small. We came to live a grand life, and to live abundantly.

Are we someone who settles?

Indeed not! Let’s go for what we want and ask others to come along.

You know there are a few, bless their hearts, that do what they love, and love doing it. And they get paid for their services.

It doesn’t matter whether you like them or not, what matters is that they believe they deserve to be paid, and they do.

Motivational speakers are hot on that trail, and people flock to them for inspiration and advice. Their clients plunk down money, often running up their credit cards to do it.

The BELIEF is that these people can help them accomplish what their soul is desirous of. It’s a belief that they can live their dreams if only someone points the way. And if they do find their way, their money is well spent. But you know that all the motivation talk in the world doesn’t do diddly squat, if we don’t let it in, and take action.

From old Zig’s wonderful drawl: “Some say motivation doesn’t last. Neither does bathing. That’s why we do it daily.”

And so, I searched the web for his Attitude vs Aptitude quote and found one of Zig’s talks:

Zig’s podcast segued into a commencement speech at the University of Pennsylvania given by Denzel Washington:

“You will fail at some part of your life.”

“You will suck sometimes. “

“I never understood the concept of ‘have something to fall back on.’” said Washington. “Fall forward.”

Do you have the guts to fail? What are you going to do with our one glorious life?

After Washington failed two auditions in a theater in NY, he went onto many more failures. Thirty years after that first audition, he was back in that same theater performing Fences, for which he won an Emmy.

We find ourselves in an odd world condition. But we will get out of it. We will find our passion again.

We need encouragement, passion, more now that ever.

Okay. After that input, I’m off and running. I wrote the first edition of my newsletter “Where Tigers Belch.”

I'm doing the thing I've failed at before, write a newsletter--more of a journal, but this time It's my journey to find that spot where the tiger belches. He belches right on the spot where magic happens.

May your rivers flow without end, meandering through pastoral valleys tinkling with bells, past temples and castles and poet’s towers into dark primeval forest where tigers belch, and monkeys howl…beyond that next turning of the canyon walls.”–Edward Abbey 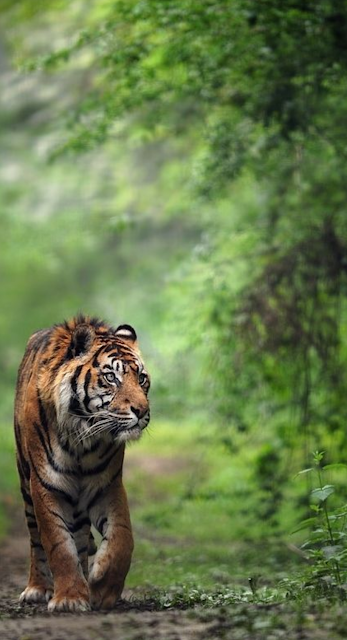 Have you ever had one of those days where you felt off?


You were out of sorts, irritable, thinking that nothing was going right? You were mad at the world and mad that things weren’t going according to plan. You were angry that you aren’t further along on your enlightenment trail, and wondering what in the heck enlightenment is anyway.


You could search for years and never find that spot where the tiger belches, where you are calm, and believe that all’s right with the world. It is the place where you feel invincible.


I understand the gap. Best to back off. Go into your hut, take a nap, pet that baby cheetah that was sleeping on your bed, and listen to it purr. (I’ve heard that they have a purr like a lawnmower, and if they lick you, your skin will feel like it has been sanded.) Decide at that moment that you will be fresh tomorrow, and you are not going to push it today.


Tomorrow, you think, I will take my backpack. I will add a few bottles of water, a couple of sandwiches, and set off to find my destiny.


This is the purpose of Where the Tigers Belch—more a journal than a newsletter. It is an investigation into finding our purpose, and learning that we are magnificent beings on the road to greatness.

We’re not on safari here, although I wish we were. We’re here to find the spot, that spot that lights our fire. That’s where the tiger belches.

I could say sleeps or lies down, or roars, but I like Abby’s lyrical poem, so I’m saying, “Where he belches.”While in Africa, Martha Beck found herself in an awkward and dangerous place. She was between a Momma rhinoceros and her baby. Standing there looking at an animal the size of a Volkswagen bus, she experienced a strange phenomenon. She was frightened, yes, but she was also elated. She was at a place she had dreamed of since childhood, and at that moment that rhinoceros represented her one true nature. She felt that somehow, she had come face to face with her destiny. (Between a rhino and a hard place?)

Perhaps that rhino was a talisman for her, a representation of what she could become: big, strong, able to overcome obstacles, that thing that both scares us and elates us. We just hope we live to tell of it.

Being at a spot where a tiger belches has a gentler ring than coming face to face with a rhino. The purpose is the same.

The teacher Abraham talks about the vortex. That’s her description of that place where
you are experiencing your highest self, and that’s the place where miracles happen.

Tony Robbins pumps up his energy, and the energy of the audience by standing, moving, dancing, yelling, for we know that not much happens when we are in a slump, or bored, or lackadaisical.

I’m using the word miracles loosely here, for I think a miracle is divinely sent by grace, maybe asked for, maybe not.

I’m excited about this journey and can’t wait to begin. If you’re not into jungle walks or then grab a Starbucks latte or Dutch Bros. and come along sipping as you walk.

In the morning we’ll begin.