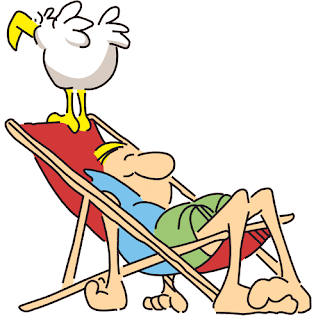 I began this blog on a serious note—then threw it away.

After I listened to Anthony McCarter present a Ted talk on laughter, where he said that “Seriousness is dangerous,” I decided drop the deep thought, and go for lightness instead.

Watch Multiplicity where Michael Keaton clones himself three times, and with each stamp the ink gets fainter. Oh yeah and Arthur with Dudley Moore--his laughter is courageous.

From a thousand-year-old joke McCarter got this: At a funeral all the men in the audience were crying over the dead guy, except for one man. After the funeral the priest walked up to the man and asked. “Did you know the deceased?”

“Then why weren’t you crying?”

“Because I don’t belong to this Parrish.”

Not funny to us, but demonstrates a point. For something to be funny to us, we all need to belong to the same Parrish.

Remember Clarence Darrow that guy from the movie Inherit the Wind? He was the defense attorney in the famous Scopes trial. Scopes was a teacher on trial for teaching evolution in school. They called it the “Monkey Trial” and I do believe they lost the battle, but won the war. Evolution can be taught in schools. I first saw Inherit the Wind as a stage play in college, and it hit me like an anvil.

Wow. Have we lost the power to laugh? Naugh—that’s too serious.

Seriousness is dangerous, not only to ourselves, but to society. Without it we have narrow thinking. and tunnel vision. With it we have an open-mind, for according to McCarter, laughter always forgives.

Laughter connects us, gives us hope, embraces strangers, can be our physician, and is a peacemaker.

Okay, I’m going to copy another of McCarter’s jokes: Two old men were walking down the street behind their wives. One of the men asked the other what fun thing he had done lately.

"Well," the guy said, “We went to a restaurant last night. the food was fabulous, everything was prepared great. The prices were good.”

“What was the name of the restaurant? asked the other man.

“Um, ah, you know that flower that has a long stem with thorns up and down the stem?”

“Rose,” the man yelled to his wife ahead, “what was the name of the restaurant we went to last night?”

Golle-e. Look at all we have piped into our houses every day, TV, movies, Ted talks, wise people pontificating, how to fix the refrigerator. My cup holder on the truck broke. I said, “I’ll buy one when the shops are open."