Things To Do This Holiday Season 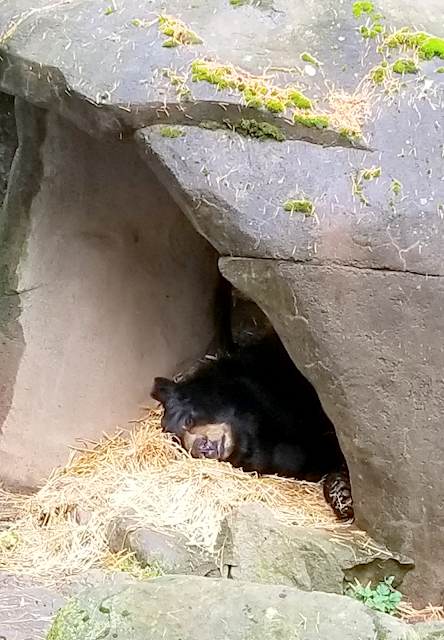 Bear at the Portland Zoo 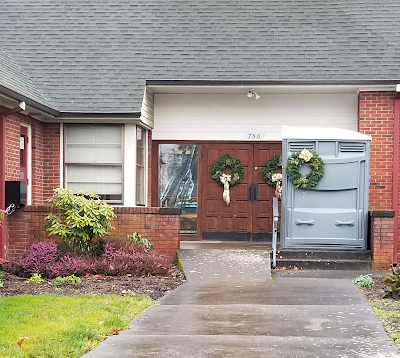 Decorate
No kidding, a porta-potty at the entrance to a church right here in Junction City.
At least they put a wreath on it.
"Good sermon Reverend, oh, excuse me." 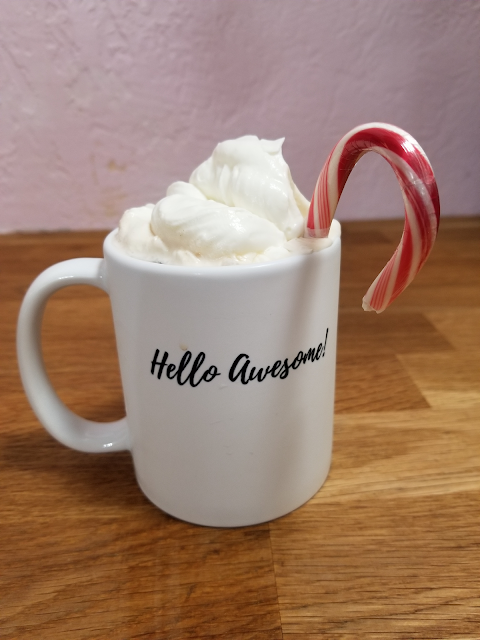 When a woman asked Martha Beck* what they were doing and she answered, "I don't know," the woman replied, "Okay, well, whatever, we move at dawn."*

I've spent the week trying to, hoping for, learning to go into Wordlessness. (Martha Beck's term.)

It is what Richard, the African native, was doing when he found the leopard cubs in the bush, three miles off the beaten path.

He was the native sitting quietly in the Land Rover while the tourists were chatting endlessly.

Richard was the Safari scout using what Beck calls “Wordlessness.”

Wordlessness is not an easy concept to describe to a Western mind, one that is used to book learnin', and tests where we give the teacher what she wants, and focusing on the grade instead of grasping the material.

Many Moons ago I read a book titled Of Water and Spirit by Malidoma Patrice Some', a native African stolen out of his home as a child and raised in a Jesuit institution. As an adult, he told the elders he wanted to be initiated back into the tribe. They responded, "I don't know if you can, you're learned to read."

At the time that struck me as not only odd but disappointing. Not only do I love to read, but our society is based on it. How do we disseminate information?  Old papyrus scrolls help us to understand where we're been as evolving people, and their "secrets" were important enough for those ancient people to risk annihilation, and to hide their scrolls.

The point the elder was making, however, was that reading had changed Some's brain and that Wordlessness was not a part of him anymore.
He did his initiation anyway.

Many of us think we ought to meditate, yet we resist doing it. Meditation usually requires sitting still and going into a non-thinking mode. (It's hard, that's the reason we don't do it.) But what if we didn't have to sit still, what if Wordlessness is a mode we can carry with us?

Wordlessness exists in the "Zone" of creativity or athletic endeavors where one pushes themselves to higher standards.  Either success comes or the knowledge that "I went the distance." (People aren’t usually thinking when they are hanging by their fingernails on a cliff, except for the next step. They aren’t into mind games like “Poor me, they did me wrong, or I’m not good enough."

Wordlessness is when we are at-one-with that single leaf that is spinning amongst all the others. It is communing with nature, with your spirit, and with the Great Spirit.
I don't mean that we shouldn't speak, and here I am using words to try to convey a concept by telling you it uses no words.

It's a paradox.
Boggles your brain doesn't it?

Many cultures use paradoxes to nudge their students out of their thinking mode. One is "What is the sound of one hand clapping?"

Jewish koans which seem like nonsensical sayings are an attempt to stop the monkey mind that likes to loop and recycle.
Wordlessness is an oasis for a mind caught in its own web of negative thoughts. What if in the Wordlessness place we find that we can mend both our spirit and our bodies? What if in Wordlessness we find that as we heal ourselves, we heal the world.

Happy people do not harm or destroy.

Are you a dreamer?
Hugs,
Joyce

*Finding Your Way in a Wild New World, Reclaim Your True Nature to Create the Life You Want, by Martha Beck

P.S. I have a foam cushion on my desk chair. My Chiropractor told me I need it for my tail bone. The trouble is every time I stand, the cat curls up on my cushion. Guess he needs it for his tail bone too.
Posted by Jo at 1:32 PM