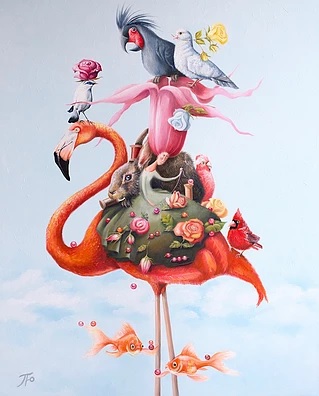 Last night I listened to an interview that set off fireworks in my brain (or bird songs or goldfish swimming through my grey matter.).

I know you search the internet or read books that are to your liking or that are informative, so why do you need me?

But I can save you time.

And I might add some marvelous tidbit you missed, especially if you had to plow through a pile of superfluous information to find it. (A peeve of mine.)

So, what caused goldfish to swim through my brain?

Yeah, I know, this doesn't sound as absurd as I am making out, but that's the way mind tweets are.

Dr. Mate’ is a Canadian physician who specializes in the treatment of #addiction and #mind-body interactions.

During 1944, the first year of his life, he and his mother survived the Nazi occupation of Budapest.

Fast forward to the present time.

And that includes addictions, obesity, and mental illness.

A medical student does not hear the word TRAUMA associated with illness.

Trauma to the medical student is someone being hit by a bus. Doctors are not dealing with mind-body connections. They are dealing with symptoms and how to suppress them.

Don’t get me wrong I am happy with medical advances.

A couple of months ago I had a carcinoma removed from my hand—it’s gone. Thank God and the doctor. I am grateful for their medical skills.

I have arthritis of my knee that was so painful I practically stopped walking.

I got three shots in the knee, and I’m walking, happy and pain-free. Thank you medical science.

I mention this because we go to a specialist who treats our specific problem. Most doctors do not view the problem holistically.

I have a Naturopath who listens to me, asks about my past, and on the first visit, we spent an hour and a half together. Imagine. She has a holistic approach. I bless that woman.

In a doctor’s office, you need to talk fast for you have 11 minutes to explain what brought you there.

With Dr. Mate’s approach, childhood trauma is the number ONE factor in determining how the brain develops, how our hormones display themselves, and how we generally respond to life.

It is not genetics.

It is not your DNA, at least not initially.

It is how we have learned to deal with trauma.

Trauma to the child doesn’t have to be abuse, molestation, or cruelty. It can be subtle. For example, when the Nazi’s moved into Mate’s town, his mother called the pediatrician and asked if he would come to see little Gabor because he was crying all the time. The pediatrician said that he would be happy to come, but he told Gabor’s mother that all the babies in town were crying.

These babies didn’t know about being Jewish, genocide or the Holocaust, they were picking up the stress of the mother.

It wasn’t the mother’s fault. His mother was caring for her child the best she could. She loved him, but she worried for his life and hers’.

Later, to keep him from starving, she placed him in the hands of a stranger for one month. To the child that was abandonment.

Again, she was doing the best she could.

He grew up never admitting his own frustrations, anger or pain, so as not to inflict it on his mother. He became addicted to work and/or music to still the chattering mind.

A child’s brain develops in response to external stimuli—good and bad.

Daughter dear pointed out that we ought to be able to take life’s lumps and not be damaged by them.

We evolved over millennia, and most of us (yep us, we were in there someplace), had short lives. Our purpose was to survive and reproduce. Who cared if we had some neurosis? And what was neurosis anyway? Every village needed an idiot.

Our brain developed well over those years. It must have been advantageous to be sensitive. Sensitivity allowed our intuition to flourish. We could go into the dream-time, the recesses of our own brain, and there find answers. It gave us empathy, generosity and cooperation. We had the village to support us, a Medicine Woman to attend to our ills, and a Shaman to support us on our spiritual journey.

Somewhere along the line, a warring nature came into being. Were we always that way? Did we always fight among ourselves, or was it somehow caused?.

Did controllers come in and tell us we were wrong to go to the Shaman for help?  Did they show us that their “Medicine” was better?

Did they convince us that their power was greater than ours?

Did they tell us that we deserved to live in poverty while they were rich?

Someone did tell us that the man is superior to the woman, and therefore it was a waste of time to educate her. Not only a waste but keep her ignorant and uneducated. She’s easier to control that way.

Or did they just kill us?

I am stronger than you, in weapons and armies, and therefore what I want I will take, be it, slaves, wives, land or goods.

Dump all that on us now, and where do we stand?

Why do you think the Native peoples are among the most addicted to mind-altering substances?

They lost their land, their culture, their society, and their self-esteem. Not to mention their lives.

There is something to be said for "cellular memory."

We are conditioned to listen to authority. Our schools tell us to sit in rows, shut up and listen. Prepare yourselves for a life of toil. We are told to buy, and it ought to be the latest, best, and the thing that everybody else has.

We want sensitivity. Perhaps that’s what made the masters. They were in tune with their bodies. They listened to their gut, their heart, and their intuition. Yet the more sensitive a person is, the more they feel and internalize. (Why do artists medicate themselves into oblivion?  Why do they overdose?)

Dr. Mate’ pointed out that if he touched the interviewer’s shoulder, (That was Tim Ferriss) he would hardly notice, and feel no pain. But if Ferriss had his shirt off, and a burn on his shoulder, the touch would be excruciating.

This is how the sensitive child responds to trauma.

Perhaps we became warring as a knee-jerk reaction to being exploited as well as the natural need to control our resources, therefore I will fight for my life, family and tribe, and outsiders are a threat.

It’s a common mistake to think that everything is caused by one’s genes.

Genes show potential. One person said they were fat because it ran in the family, it was in their genes.

Whoops, the dog was fat too. Guess it’s not in the genes.

Biology is affected by what happens in a person’s life, in the family, or in society.

Heavens, our present society experiences the equivalent of a 9/11 on a weekly basis.

Most people hate their jobs, are stressed out, worry about finances and the state of the world. All this while they love their kids, but are at wit’s end in the face of technology and peer pressures.

For the most part, genes don’t predetermine or cause anything to happen. They set up potentials.

Mate’ investigated world domineers, especially Napoleon, Alexander, Genghis Kahn, and Hitler. He found, first that they were small men. Being small does not predispose one to power addiction, but they had other issues. All were also outsiders to the country they served. Even Hitler was an Austrian, not a German. They needed power to feel good about themselves, and they were willing to hurt people to get it.

These men were addicted to power.

Dr. Mate’s definition of an addiction is something that brings immediate pleasure, but long-term harm. However, the harm does not deter the person from doing it. An addict will lose their health, their beauty and eventually their lives, but that does not stop them.

Behind it all is pain.

But remember we also learned to be adaptable. We found ways of coping and helping our fellow man.

We found Meditation that stills the chattering mind.

We became adept at problem-solving.

We found spirituality that gives us a connection to a higher power.

And we developed people who search for answers and who care, like Dr. Mate’.

People say that people are competitive, aggressive and selfish, yet the opposite is true. People are community-minded, generous and co-operative.

Remember that the devil tempted Jesus and the Buddha. He offered them power and riches, and they said no.

They wanted the gentle word, the tender touch, and to help people.

Jesus taught, “The Kingdom of God is within.”

When the Buddha was dying, and the people were crying, he said, “Don’t cry for me, find the Lamp inside yourself.”

That is following the Sacred Path.

My other site is  https://www.plottwist747.com 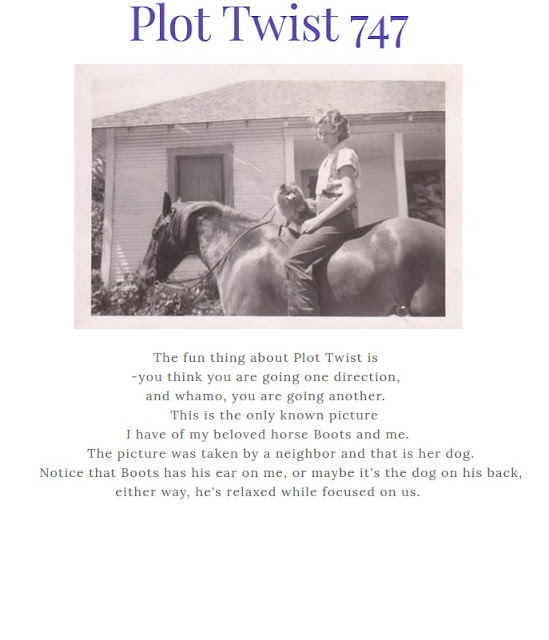