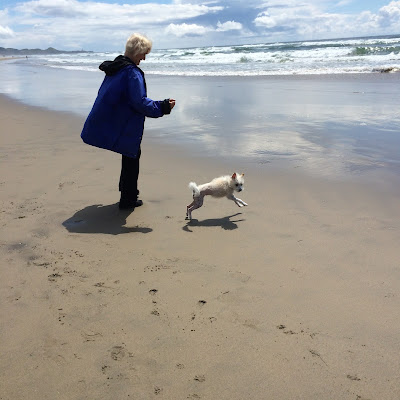 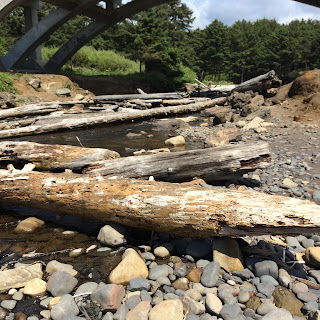 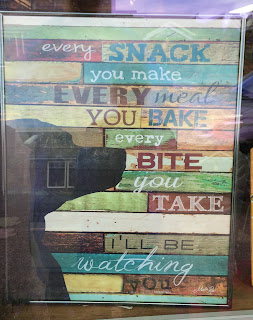 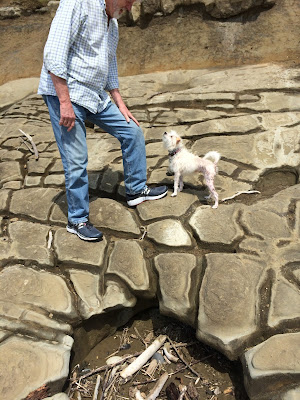 How in the world did this happen? This geological wonder was situated where the beach sand abuts a cliff. Beverly Beach OR

Want to hear about my weekend?

Well, how about what led up to it?

“I can’t write, I can’t spell, my grammar sucks, and my style isn’t all not that hot,” I lamented after three days of editing where I felt tied to the computer, rummy, and foggy-headed. Husband dear said, “What can you do?”

So that’s what I am doing here, letting my fingers do the thinking.

After feeling fried, after beating myself into the ground at the computer, I decided to take care of myself.

We hear of our stressed lives, how we feel fractured and displaced. There is little talk of what to do about it.

Go to the Beach. Now that’s a good idea. There is something about the salt air that clears the brain.

I have wanted to go to Cannon Beach, Oregon for some time, about a three-hour drive from where we live. I could have waited until the weather got better. I could have waited until next weekend when the yearly sand carving contest happens, or go for Father’s Day or our Anniversary that is coming up this month. Even the weather wasn’t all that great. No, I was ready. I wanted to go THAT DAY.

And so with a willing partner, that is husband dear, we set out on Friday night for a drive to Cannon Beach.

You can stop reading now, but the best is yet to come.

You know how it is if you are distraught, things work maybe, but more often than not drama comes, matching your fractured energy.

I got the last room at a Motel—pet-friendly—for I wanted to take Sweetpea. A few minutes later, however, the Motel called, another traveler had slipped in before me. No room. Good thing we hadn’t left the house yet. I grabbed another motel, where there were two rooms left, I reserved one. Then discovered they had a “No pets,” rule. And in small print, "not cancelable without a 24 –hour notice."

Oh, well, take the room. Take the dog. I was determined.

The hotel owners didn’t know I had a dog, she did no damage, and she didn’t let out a squeak. I worried about being discovered, but it worked. I got up at 7 am to take her out and discovered a few folks ambling around a neighborhood, some letting their dogs run down the beach. The area was as quaint as the downtown shops, and the area, the plantings, flowers, shrubs, were all manicured, even the blackberry bushes looked as though they belonged there. A small shingled grayed-by-the-salt-air house, built like a townhouse with two stories, a 1920's issue, was listed for sale for $750,000.

After a latte and a scone, we took Sweetpea to the beach. She stood transfixed at the wonder before her. We unclipped the leash and she flew over the sand, chased the birds, skidded to a halt where the rolling sand from her toenails gave her something else to chase. All this she did while grinning like a Cheshire cat.

After our beach run, the downtown area became our new stomping ground, with people leading dogs, the shops quaint, and everything beautiful with abundant plants and flowers perked by the rain. Pathways snaked in and out of cottage businesses, and the shop signs were works of art. No industrial signs, no franchises that I could see.

We had fish and chips and left for a drive down the coast towards home. I wrapped in a blanket in hibernation mode and felt like one of the Hornbill turtles we saw in Hawaii lazily sunning herself on a beach.

The weather was overcast until we got to Beverly Beach where the sun came out, and a long strip of coastline sparkled in all her glory. I roused, and we walked down the beach, and Sweetpea again exploded into joy with a frolic on the sand. A Hawk appeared as though catapulted from the cliff above us, dove down at breakneck speed, put on the brakes about a foot from the ground, then swooped up again to the top of the bluff. “Oh,” said husband dear, ”he is playing on the air currents.”

Don’t take a pill to calm your nerves, take in a beach.

I was like the dog, eating, napping, running on the beach, having an outing of window shopping, repeat. In Newport Beach we watched a glass blower create a vase out of molten glass, a substance like taffy candy that he alternately placed in and out of a 2,500-degree furnace.

We came home and watched a film called Minimalism, a Documentary, where two guys talked about getting rid of stuff.

I have tried to pare down with each move we have taken. Yes, it’s good to reduce stuff, not to accumulate redundantly, not to use buying as a drug, and acquiring as a means out-shine the other guy. On top of that don’t go crazy with Black Friday buying running rough-shod over people. That is plain cuckoo.

The fellows in the documentary felt that being minimalists made them happy. I would say, however, there was more to it than that.


They had a book to promote. They had a cause to champion. They had adventure driving place to place to give talks. They were meeting people.

They had meaning and purpose.

Long ago Dr. Viktor Frankl, an Auschwitz concentration camp survivor, wrote Man’s Search for Meaning. He wrote that identifying a purpose in life to feel positively about, and then immersively imaging that outcome determined a person’s outcome.  Abraham Maslow wrote about becoming “Self-actualized.” Spiritual gurus show that a spiritual connection feeds the soul.

I think that is what we want, to feel we have meaning, that we offer value, that we are creative, and that we connect with a divine energy whatever that is for you. Without all that, we feel empty, and many try to fill that emptiness with more toys and more stuff.

James Clerk Maxwell often spoke on the subject of “authenticity.”  He wrote that in a society that is becoming increasingly insane, only a concern for ethics could restore sanity. He further commented that to arrest robotization, each person needs to develop high ethical standards to rejuvenate that society.

There we have it, my trip to the beach that you said you didn’t want to read, but did anyway, where I insinuated I wouldn’t write about it but did anyway.

All that so I could stumble my way to a soapbox.