“Ma, Your Boy has a Colander in his Pants Again.”

Don Hahn, in his book Brain Storm, tells about being a boy and smuggling various objects from the kitchen up to his bedroom in his pajama pants. When he was bored with his little green plastic soldiers having already won the battle two or three times, he would experiment with a flashlight and his objects.  When he discovered shining a flashlight through a colander he had an entire  milky way on his ceiling.

Perhaps that is what’s missing in our day to day life. I am distressed to see so many unhappy people. Perhaps they’re okay, and it is my perception that is faulty, but I don’t think so. If you can’t trust your own perceptions what can you trust?  I see many people walk around slack-jawed, and head down. That in itself shows depression. Tony Robbins says to sit up straight and put a big stupid grin on your face. Now try to be depressed.

I had a change of heart the other day. I have been feeling prickly of late and prone to expletives. When my daughter suggested a particular Yoga class, I took her up on it. It’s an easy one, not strenuous, and last week we had a guided meditation. I left that class in a zone, wondering if I was safe to drive home. I wasn’t, but there was no harm done.

I didn’t see the cement strip in front of my car and instead of backing out of my parking place as I have told myself a hundred times to do, I pulled forward, right into that cement strip demarking the parking space. That "Whack," woke me up. At home, a family member was stressing out, and I didn’t take in on as I often do. And that night I slept—I’m not going to say like a baby, they wake up every two hours—mine was the sleep of a contented person.

I do believe more meditation is in order…

This morning I was on my way to my latest blog post, "What Do You Want? (beautiful picture), ready to delete it, for I figured that prickly edge I had was showing, and didn’t know if I wanted to let that post stand. Before I deleted it, I found I had a 4, 595 audience spike. Either people like pitty, or it was my two hashtags that brought them in. Either way, I thank all who gave it a look-see.

Don Hahn is a Disney Imagineer. He says that "Creativity beckons us to jump into the void--to shine a light on darkness and to take a risk on following a new idea."

And I have found that taking a day off feels really really good.  Most people who write on creativity say it is important to recharge your batteries from time to time. Julie Cameron (The Artist’s Way) says it’s a must to go to a place where you are inspired--museums, art galleries, nature walks--I long for a good horseback ride through the forest. Hahn says you must leave your office and go into a new environment. And don’t ask anyone’s permission. Go alone. Make it a guilt-free, censor-free zone.

And here is a Hahn’s quote I love:

“Why do I care if I make a fool out of myself?  It’s called living, and while we are yet alive shouldn’t we do things that living people do? So embrace your inner idiot.”

And hey, listen to this one: the classroom had emptied all except one little girl who was intent on her drawing. The teacher asked what she was doing.

“Drawing a picture of God,” she answered.”

“But honey, no one knows what God looks like,” responded the teacher.

Said the little girl, “They will in a minute.” 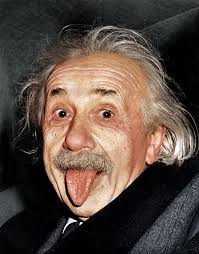