A Good Head of Steam 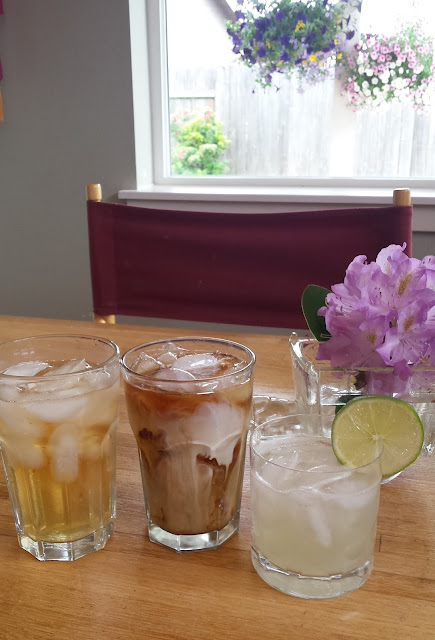 Not me. I have an iced tea, an iced coffee and a small glass of fresh squeezed limeade I stole from my grandson, sitting before me.

My friend was in the hospital after a fall. She was dehydrated. That meant her electrolytes were low. She was in pain from the fall. On top of that, she was in a state of nervous hypertension.

So what did they do?

First, she was admitted to the senior section—that discombobulated her. Next, and you won’t believe this, they gave her an Alzheimer’s test.

She said, “I couldn’t understand even the nurse’s questions. This is a phenomenon that happens when a person is under stress and fear, and she flunked the Alzheimer’s test.

They were there to “Help her,” they said.

So they diagnosed her with early onset Alzheimers and sent her home. A fine help that was.

That was like a Witch Doctor killing a chicken in front of her eyes, waving it over his head and splattering blood around the room.

The diagnosis is now lodged in her brain.

Yeah, I think they ask who the Vice president is as well. Don’t ask me. I think it’s Biden, but I might say Chaney, or Quayle or Bush or Gore. Hey, I remember Johnson and Nixon.

And I do not believe my friend has Alzheimer’s.

In earlier days we had joked that if someone gave us a list of words and asked us to repeat them we would fail. There she was facing her fears.
.
You do not give a test to someone under strain and trauma. If she wanted the test, wait until she was out of pain, hydrated and calm.

But that diagnosis is now stuck in her brain and it sent me off on a tirade.

"Adam was the only man who, when he said a good thing, knew that nobody had said it before him."—Mark Twain 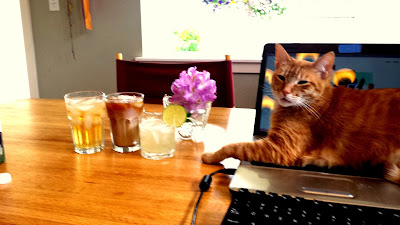 I can't leave my computer for a minute. While I was replenishing my drinks, Obi climbed aboard his favorite sitting place.

P.S. When planning travel, think of me. www.seaglasstravel.com