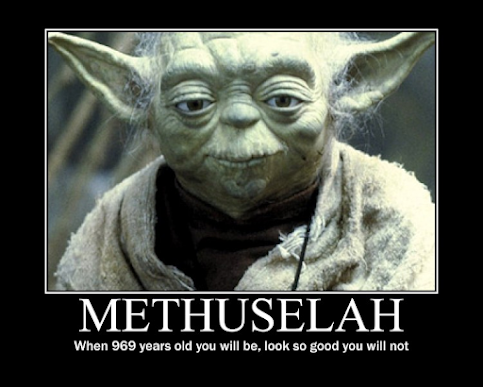 If Methuselah lived 969 years, how could that be?

I don't know if they counted years the same as now. Perhaps they used a different calendar. But if people lived as long as indicated, how did they do it?

In 1939 Dr. Suda Benet found an apparent error in the translation of the Bible. Not about Methuselah, but about anointed oils. Hold on, this applies.

The Bible talks much about applying oils. And how specific individuals were "The anointed ones." The anointed ones were the aristocracy, the priests, and the whoopie-do people in high places. The commoners were denied their use, forbidden to use them actually.  #Methuselah must have slipped through, for his claim to fame was simple. He lived for 969 years, then he died. At age 187, he fathered Lamech, Noah's father—well, that's impressive. So, why did people live so long? Today I became hooked on a presentation that came under the guise of "Interesting facts, 7 of Histories Strangest Coincidences."

The coincidence was that 300 years ago, people's age dropped when Symmachus, a pope in Rome, decided to make Roma Christian. He translated the Hebrew Old Testament into Greek. For a clergyman who could read Hebrew and Greek, that was significant. 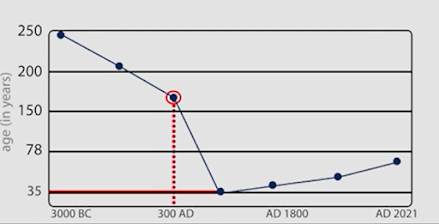 The error in translation Dr. Benet found was an error for one ingredient in the anointing oil recipe. It was for--drum roll—can you believe—cannabis.

I listened to a long, long, long spiel about anointed oils, complete with a pastor's own discovery of the recipe and how his wife had much pain and mobility problems, and he tested his recipes on her.

One day, after taking the anointed oil recipe for some time at a park picnic, a little boy accidentally threw a ball at his wife, and she agilely caught it. His congregation was shocked, for they knew her problems. They wanted to know what had happened to her. Long story short, the entire congregation soon took the Pastor's oils. His recipe took 33 tries, so I don't know if I have the proportions correct, but I'm not charging anything to tell this story, so you can take it as you will.

All the ingredients are anti-inflammatory, so I thought it made sense that it would help ailments. And now that CBD oil is in favor, we're good to go.

The presentation I listened to was about selling a book for $69.00 on how to make the recipe. No ingredients were included.

Today I bought the raw ingredients, no infused oils, except for CBD oil, aka cannabis. Finally, I found a use for my mortar and pestle for raw ingredients need to be ground.

Here it is The Lost Recipe of The Gods:

Many recipes exist with varying ingredients, but I know that when people deviate from the original, many things, including recipes, lose their power. Thus, people lose faith in it, and it dies.

"…The olive oil, used as a base, equaled about a gallon. Blend these ingredients to make a holy anointing oil."

Scholars think the spices were boiled to extract their essences, the fragrant water was added to the oil, and then the mixture was boiled again to evaporate the water.

Well, it looks like I need to boil the raw ingredients. We'll see how that works, and I'm not going to make gallons, so I'm considering a 1-1/2-2-32-8 ratio. I don't know how much cannabis to use since I will use oil.

Here is another recipe if you want to use prepared oils:

Some have added Frankincense oil to the recipe.

(In Exodus 30:23:33. God tells Moses how to make 4.33 gallons of anointing oil. Maybe some of the oil was for use on the animals. Now many people are not only using the oil on themselves (or orally) but on their pets as well.

Two turtles were walking down two different roads.  They were going their normal turtle speed but approaching an intersection at right angles. Plod, plod, plod.  It just so happened that they both came into the intersection at exactly the same time and ran (that's a stretch for a verb) into each other and both flipped over and were rushed off to a vet in an ambulance.  Inspector squirrel ran out to the scene and noticed there was a snail right at the corner and asked, "Mr. Snail, did you see what happened?  Please describe the scene!"  Mr. Snail said, "Yes I was there, but it happened so fast!"

There are a few suggestions for Christmas gifts on

Bounce, smell good, write in your notebook, bike while listening to music, and drink your coffee in a barn mug.

Thanks for the visit.