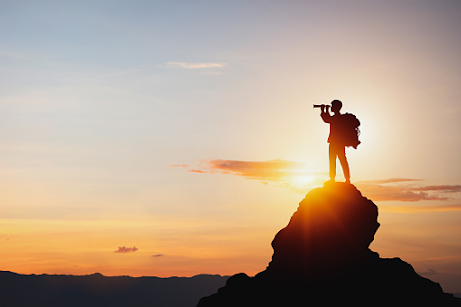 Although I must admit that the thought of cleaning the garage has been lurking in the back of my mind, not to mention that the storage in the Wayback (our auxillary building) needs organizing. When I was studying for my Real Estate exam, clutter bothered the heck out of me. Now that the exam is over—who sees clutter?

It's fascinating how perceptions change, and I understand why the world has appeared so crazy for the last few years.

Many people have been on edge, out of work, sick, irritated, or tired of being home all the time. That isn't a good recipe for world peace and happiness. And we see clutter--you know what I mean, not in the house or yard, but out there, in the marketplace, the airwaves, and the media. It seems that many people thought a reset was in order. But we aren't computers that can go back to a previous date—when we thought the world was grand… but wasn't.

We are ever-advancing creators on the leading edge.

And where are the bright-eyed, busy-tailed young people of the sixties? Oh, one cut my hair yesterday. When I asked her why she was in Eugene, Oregon, having lived in Florida, she said she followed the Grateful Dead.

The youth of the 60s were out to change the world, and they did. They worked on Civil rights. Martin Luther King Jr. was hard at work trying to end segregation, and people from the North and the South marched with him in peaceful protest. The NAACP was busy negotiating. Reproduction rights were coming into effect. Dress codes were addressed, and a man could grow facial hair and not be penalized. That women should have equal pay for equal work was considered fair and reasonable. Many followed Martin Luther King, Jr. in his efforts to promote change non-violently, following the premise of Mahatma Gandhi, who used non-violence resistance to end colonial rule in India. Yet both men were shot down-- Luther doing his work, Gandhi on the way to a prayer meeting.

We still have Saber Tooth Tigers lurking outside our caves.

Oh, but I was talking about New Year's Resolutions, saying I hate them. I don't hate them. I just don't do them, and why people jam them in our faces is beyond me.

They just make us feel guilty for not doing the cleanup things that ought to be done.  Even proponents of New Year’s resolutions say they don’t last. We’re focusing on minutia when we could be aiming for the skies.

What if we decided to end  our resistance of doing the thing that ignites our souls and go for it. That's the work.

Most everyone has a dream, something they wish they were doing but aren't, or their vision has yet to materialize, and they are frustrated. Don't despair. That's part of the process.

Our soul is advancing.

Our spirit is uplifted by the dream. We plan and fantasize, being creative gets our juices flowing. Keep telling yourself that it is possible. Dreams uplift the spirit.  And imagine, what if we got happy along the way to it? Are we afraid if we get happy, we will give it up? Yet being happy escalates the process.

We have the great privilege of living on this gorgeous planet. Yes, dream of space and advance into space, but to look at it to leave behind something we have messed up seems to be wasted energy to me. Doom’s Day people have made some of us believe our planet is a lost cause.

Even though the shortest day of the year appeared on December 21, my chickens began laying again. You know chickens have clocks attached to the sunlight, so I was surprised to find three eggs, as I have three hens, plus Blackie, who could be old, I don’t know her age, she adopted us. I will know if she begins laying again, for her eggs are a light brown, while the others are sea-foam green. In the fall, chickens molt, meaning shed old feathers, and need to grow new ones. That takes protein, and they usually stop laying. I turned them out today to scrounge in the yard, and to pick up some additional protein. They talked to me, so I guess they forgave me for leaving them in their pen for the last few days.

Our pioneering spirit will carry us through. We want our babies to grow up and have babies. That's the natural order of things. And respect your mother, sisters, and girlfriends. Don’t cover them up and keep them ignorant. Talk about a waste.

I praise the people who do clean up. They remove plastic from the beaches. They wash shore birds encased in oil. They recycle. They search for an alternative to plastic wrap and create non-plastic packing materials. Now some companies are using mycelium, a fungus mat that grows beneath the soil. This information came to me this week from my grandson.) If dried, mycelium is absorbent, lightweight, and works better than Styrofoam. Plus, it composts.

And we can grow food for everyone on the planet without poisoning the soil—for if we kill the land, we're in deep doo doo. Speaking of doo doo, I have heard that the cows have saved India (where the people do not eat them). The cows keep the soil fertilized, pull carts, and give milk.

The wildlife here are exquisite, and if you have ever befriended animals, you know how superb they can be. Recently a native tribe writer wrote about the Orcas of the Northern US and how they have a matriarchal society, where the elder female leads the pod to the best food and show how to teach the young. The Orcas mirror us under the water/ They love their pod, mates, and babies the same as we do.

We love the animals. We go to Zoos to see them. We go to Sea World, aquariums, and museums to see them, or replicas of them, and to learn about them. We adopt them. We save them if we can when we find one orphaned or injured. We go to Africa to view them in the wild. We cruise Alaska’s shores hoping to see a bear, a moose, or a whale.

We owe it to our life forms to keep the planet livable. And we owe it to our children. Do the people who put up billboards proclaiming that a baby's heartbeat begins at 22 days gestation also work to see that the world is a friendly place where all that precious life can grow wild and free?

Don't tell me about parasites and fleas.

Carry on, my dears. You are the hope of the future.

Email ThisBlogThis!Share to TwitterShare to FacebookShare to Pinterest
Labels: Creative juices, Resolutions, the 60's, the Dream, The New Year, the Stewards, the workers