That's What Human Beings are Capable Of 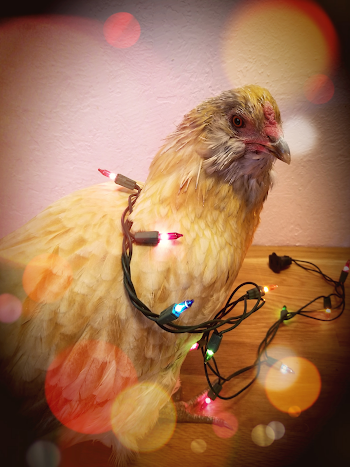 If a bumblebee was as far from us as the moon, scientists could, with a telescope, pick up its heat—that’s what human beings are capable of.

Amanda Uhle, a publisher, writes this:

“A dangerous crackpot texts me several times a day.”

“He’s manipulative. He’s paranoid. He’ll flatter me and then say horrible things about people I admire. He wants me to give him money. I get at least three wheedling texts a day from this ne’er-do-well.”

Once, Uhle said, she had an ex-boyfriend who was similar. He seemed great at first, then she caught him in a lie, and then a really big lie. And she didn’t like the way he treated women, so she told him it was over and stopped taking his calls.

He just wouldn’t take no for an answer. After Uhle stopped answering his calls, he drove 200 miles to bring her candy and to suggest she come to her senses and take him back.

This ex-boyfriend would call so many times at night (this was years ago when she had a landline) she was losing her sleep and getting jumpy. Finally, her roommate said, “Why don’t you just unplug and go to sleep.”

Uhle told her that if he was going to call anyway, she felt safer knowing when and how he was, rather than wondering what he might be plotting behind her back.

She didn’t support our ex-president, the one sending her texts every day, but covered his election as a reporter. And at first thought, his texts were illumining, for she wanted to know what he was up to.

Now they are scary.

For some Americans, the ex-president still holds appeal. Uhle says she isn’t one of them, but she bets plenty of people clicked the link under the recent text that asked, “Why haven’t you claimed your Christmas Stocking yet? Do you NOT want to MAKE CHRISTMAS GREAT AGAIN?”

I understand that the country was ripe for a rebel, and this rebel had a cause. Too bad it was himself.

In a recent interview with Hadley Freeman, George Clooney said, “I’d be so ashamed, if for instance in the past (mine) regime if I been on record for being against some of the horrific things he’d done. My kids would be like, ‘So they were putting kids in cages, and you didn’t say anything?’ The blow-back is nowhere near as bad as the shame I’d feel.”

(The blow-back was that TV hosts mocked him, an actor, for being political.)

Clooney’s dad made one rule that Clooney has followed. “I don’t care what you do in life, but challenge people with greater power than you and defend those with less power.”

Clooney has a new movie titled The Tender Bar, a coming-of-age film, a tender movie with no prickly political overtones. Instead, it is a straight‑down-the‑line coming-of-age story about a young boy whose single mother and irascible uncle help him to get ahead in life.

“The whole country, for the last five years, has been engaged in hate and anger, and I’ve been part of it at times,” said Clooney. “I’ve been angry, and this movie (The Tender Bar) is such a kind story. It’s such a gentle film, and I wanted to be part of that, and I thought maybe an audience would want to be part of a gentle experience.”