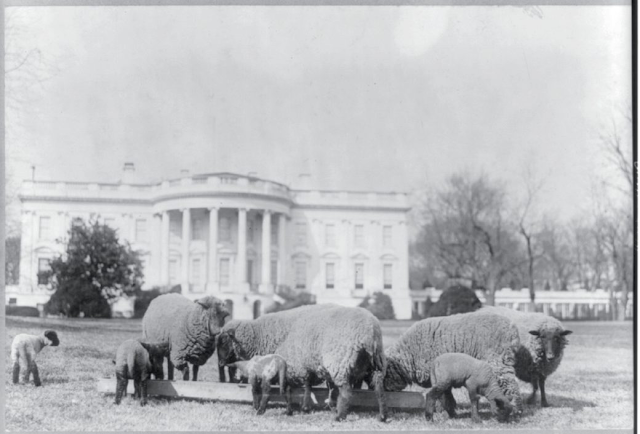 What happened to Thursday?

I try to write publish or at least write my blog on Thursday. Suddenly it was Friday, and Thursday was gone.

Oh, I saw the day; I just didn't give it a name. Neither did I see it come or go. I completed my book on Vision Training (Hello Beautiful, The Art, and Science of Vision Training Using the Bates Method), created a cover, went to town, took a walk with daughter number one, her dog, and mine, and carried home Kentucky Fried Chicken for dinner. Oh, that's more than you want to know.)

I do want to thank all of you who asked for more on Vision Training. I didn't think I had more to say, but I did.

And writing that little booklet has made me more aware of taking care of my eyes. I now frequently look up from my computer. I look near to far to rest my eyes, and for relaxation, I palm them. That's easy and restful. No sweat.

When I was looking up jokes from my 11-year-old-grandson, I found this one that rather pertains to what I am writing about: "Why was six afraid of seven?"

I'm concerned with all of you out there who are in this morass of craziness with masks. Indeed, wear them; I'm just worried about all this "Social distancing," lay-offs, and businesses closing.

Don't you feel a bit odd that some people practically run when they see you coming, or they can't cast an eye in your direction? Will this fear of each other carry over after Covid19 is over? My Chiropractor said, "I have never seen so many people frightened over a flu."

I had a flu from hell a couple of years ago, so my druther is not to get one. However, we're social beings, and making us fear each other is a big problem. And what's it doing to kids? I feel that they should stay home and virtual school than go into a classroom and wear masks and "Social distance."

Well, people have lived through covering their windows at night, so bombers don't see the lights of houses (Britain during WWII), so I guess this flu epidemic is minuscule compared to that.

Here is something my youngest daughter brought home to me:

Did you know we once had a woman President?

President Woodrow Wilson had a stroke while in office, and encouraged by Wilson's doctor, his wife Edith Wilson took over.

Edith Wilson was the First Lady of the United States from 1915 to 1921. Mrs. Wilson, a widow herself, met Wilson when he was grieving his first wife's death.

For Wilson, it was love at first sight. And although the cabinet tried to squelch Wilson's budding romance, thinking it would harm his chances of being reelected, Wilson and Galt married anyway.

Mrs. Wilson remained devoted to her husband until his death at age 67.

Edith Bolling Galtin, coincidentally, was a direct descendent of Pocahontas (I love that), had honed skills of taking care of herself and managing her previous husband's Jewelry business after his death. She became wealthy enough to regularly travel to Europe and become interested in fashion.

Despite her wealth and what one rogue dubbed "kittenish" good looks, Edith was barred from high society's echelons simply because she earned her wealth instead of inheriting it. (Horrors.) And she shocked high society by driving around town in an electric car.

All that changed one chilly day in the early spring of 1915. when she met Woodrow Wilson.

As it turned out, she was quite capable of stepping into her husband's footsteps as President. She managed the office of the President from October 1919 until the end of his term in 1921. This role she later described as a "stewardship."

"I myself never made a single decision regarding the disposition of public affairs," she later said, "The only decision that was mine was what was important and what was not, and the very important decision of when to present matters to my husband."

In 1921, Joe Tumulty (Wilson's chief of staff) wrote: "No public man ever had a more devoted helpmate, and no husband more dependent upon her sympathetic understanding of his problems ... Mrs. Wilson's strong physical constitution, combined with strength of character and purpose, has sustained her under a strain which must have wrecked most women."

During WWI Mrs. Wilson followed the protocol of rationing of food along with the rest of the country by observing wheatless Mondays and meatless Tuesdays. To save manpower she had sheep grazing the lawn of the white house. The herd numbered 48 at one point, and made $52,823 for the Red Cross through the auction of their wool.

President Wilson is remembered as an advocate for democracy, progressiveness, and world peace, including winning the Nobel Peace Prize. Wilson left a complicated legacy that included re-segregating many branches of the federal workforce. Wilson was a college professor, a University president, and the Democratic governor of New Jersey before winning the White House in 1912. Once in office, he pursued an ambitious agenda of progressive reform that included establishing the Federal Reserve and Federal Trade Commission.

Wilson tried to stay neutral during the First World war, declaring that "To fight, you must be brutal and ruthless, and the spirit of ruthless brutality will enter into the very fiber of our national life."

He was forced into the War when American ships were repeatedly bombed.

Though Wilson's legacy on world peace, women's rights, and labor reform are exemplary, his record on race was dismal. Perhaps it was his Southern upbringing, or maybe he was just a product of his times when most Americans considered racial inequality normal.

After a private screening in the White House of the movie, Birth of a Nation, Wilson is reported to have said, "It is like writing history with lightning, and my only regret is that it is all so terribly true." (Birth of the KKK and such.) Later, he reportedly called the film an "unfortunate production" and hoped the film would not be shown in Black communities.

"When we know better, we do better."—Maya Angelou.

"Here on the pulse of this new day You may have the grace to look up and out and into your sister's eyes, Into your brother's face, your country And say simply, very simply With hope, "Good morning."—Maya Angelou.