“The World Needs What You Have to Offer” * 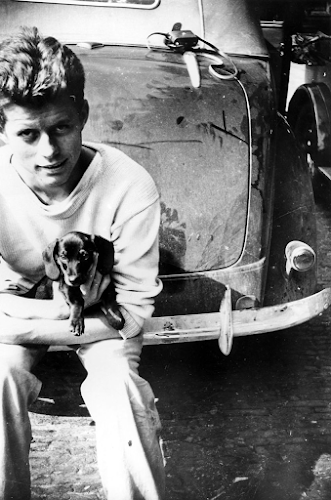 I challenge you—I’m doing it—this is my fourth day, and I’m still going strong—write 30 things you love for 30 days. And you can’t repeat yourself.

Daughter Dear challenged me. At first, I went, “Thirty things a day for 30 days! And I can’t repeat?” It seemed monumental, but then I sat on the front step and noticed all the Johnny-Jump-Up flowers re-seeded in our front yard. Daughter Dear said she saw 30 things just sitting in her bedroom.

Maybe we will begin seeing all the things we’re missed while obsessed over the current pandemic.

We often wander around with an open head letting all the yammering of the marketplace seep into the gray matter. Instead, we could choose what to look at. Weeds will invade the yard without tending: degrading thoughts will invade our minds if we aren’t careful to pluck them out.

We are so used to reacting to what is, instead of seeing how we want it to be. Even the idea of it stumps us.

I know it isn’t possible only to see only the good, and not get hit with some bad, but we can aim for it. What if we were happy even though our nests aren’t feathered to our satisfaction?

First, the energy we would give off would be monumental. That would probably set the dolphins singing.

Second, happy people aren’t controllable. They smile and say, “You’re nuts.” I’m not going to give up my happiness because you like to pour venom in my ear.”

I have begun tuning in to my body when a conversation comes up, or a subject, or an issue. How does it make me feel? We have an internal barometer that tells us hot/cold. You’re getting warmer—go that-a-way. Whoops, cold. Don’t go there.

If we listen to our hearts, gut, and nervous system, they will steer us in a positive direction. Have you noticed the look on a persons’ face when they disagree with you? And now with politics. Hey Howdy, what a mess.

“The world needs what you have to offer.”

Consider this: you have gifts the world needs. To withhold those gifts is to deny the world.

“If I waited for perfection,” wrote Margaret Atwood, “I would never write a word.”

I was heartened last night when I read Marie Forleo’s take on “The Gap.” We have taste, and we value our perceptions. We know within 15 minutes if a movie is good or not. However, when we try to paint, write, or begin a business, we see where we are compared to where we want to be and feel discouraged.

Many times, I have said that I want to write like I’ve graduated from college, but I’m still in the first grade.

That’s when I’m in the gap.

Don’t compare yourself with others.

Marie Forleo has a word for this comparisonitis: “Doing shots of Comparschlager can kill you.”

I have little regard for the word “talent,” for then others think that this particular person has special powers hidden from them. Instead, I’d say they have a propensity toward something like music. However, they still work their asses off to develop that “talent/skill.”

I’m encouraging creativity because it’s something that everybody has, and doing it makes us happy. It is a divine gift to have something you love to do.

We need that now.

Many people have become depressed, despondent, and disheartened. Look to your creativity.

I suggest, though, that you offer your something to the world.

But, you say, “Yarn Shops have been done.”

Books have been written. Not by you.

“The world won’t like it,” you say. No matter. You’ll like it. Besides, remember, “You can’t please all the people all the time.” You can, however, take some feedback and make whatever you are offering better.

Nobody starts at the top of their game.

And don’t take feedback from anyone who wants to open a wound. Be supportive of each other.

I can only offer my take on things and honor those who dared to put out their work and thoughts in books, speeches, and other writings. I learned because they were willing to take the leap and risk slings and arrows.

Some of these people have been labeled as kooks, and some are. I try to weed them out, but even kooks sometimes drop a kernel of truth on us.

Let’s awaken to a new understanding, a new thought, a new way of looking at the world.

We are the people.

We’re the ones to make a brighter day.

I’m from a time when we believed we could make a change--The Freedom Marches, changing the dress code in schools (Long hair and beards were looked down upon for heaven’s sake). Gays were bashed, Blacks couldn’t swim in public pools or drink from public fountains. And still, race is an issue?

I thought we learned.

So, let’s go back to our creativity. That’s where we sparkle.