Go to the refrigerator.

Pull out your produce drawer (called “the freshener,” although sometimes it’s “the rotter”). There among your produce, no matter what shape it’s in, you will find a wonderfully fresh, brilliant yellow lemon.

Hold the half-lemon to your nose. Ah.

Stick out your tongue and lick it. 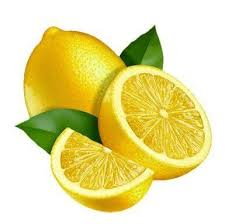 Did your saliva glands respond to the make-believe sour taste of the lemon?

We only talked about the lemon; we didn’t actually taste it. Remember Pavlov’s experiment with dogs? (Way back) He would ring a bell immediately before feeding them. After a few rings followed by feedings, the dogs would salivate simply upon hearing the bell ringing.

The fact that the body will respond to a suggestion is considered by some to be metaphysical. (Metaphysics simply means beyond physics. In other words, we don’t know the explanation yet—thus it is beyond the scope of physics.) Placebo’s work because the brain believes that the substance given them will help the body.  Metaphysical people try to use this fact consciously. That is to deliberately place a suggestion into the mind that something wonderful will come to them. The trouble is we’re smart enough to know we’re trying to fool ourselves.

The old gatekeeper of the brain says, “What?! You think you can be a rock star? Don’t be ridiculous. You a rock star? Ha. You aren’t talented enough, young enough, or good-looking enough.” (When did that stop some people? However, they probably had to get past their gatekeeper too.)

Although some suggestions get in.

Other times it’s as though he has built a cement wall around your brain.

Sometimes we affirm that we can get that job, that raise, that house we want, that relationship we so desire, and it doesn’t happen. Why is that?

“Ha.” It bounces off the wall. “You think you can do that? You want to be an artist? You don’t have the talent or ability. Artists starve. Get a real job.”

Remember the old cartoon of a devil on one shoulder and an angel on the other? This is a perfect model. Not that I think there is an angel there or a devil; it merely states the point.  Conflicting thoughts are rallying for our attention. How in the world can we believe we can have what we want when the gatekeeper is screaming at us that we can’t?

We must find a way around the wall with its gatekeeper.

Meditate. Meditation calms the chaptering mind for a time, so some of the good thoughts can get in. Perhaps it puts the gatekeeper to sleep.

Surround yourself with people who believe in you.

Bombard the gatekeeper with so many positive thoughts, he gets tired of resisting them and gives up the struggle.

Get happy. A tired, dejected, depressed mind will defeat you every time.

Write down all the reasons whatever you want won’t work and write “Bullshit,” beside each item.

Next, go through your list and turn all your negatives into positives.

This week I learned this: Over and over, I have heard that we ought to use the present tense when we affirm for something we want and write it as though it is already done.

I’m not offering pie in the sky. I know that some work is needed. If you want to be a pianist, practice.

However, affirm that you see yourself performing before a congregation, and you hear the applause, and you are grateful for the opportunity. You say, “Thank you.”

Somewhere I read this: before Luciano Pavarotti, the famed Italian operatic singer, had ever performed at the Hollywood Bowl, he rented it, or used it, I don’t know which, and stood on stage singing to an an audience of one—himself. He wanted to create a space where he could believe he could perform there, and, too, it allowed his body to become accustomed to that space.

As a young man, Pavarotti’s father, knowing the limited possibilities of becoming a singer, reluctantly gave Pavarotti’s consent to study music. Dreamers are often met with resistance. That is one reason it is so hard for them to believe their dream is possible. Pavarotti beat the odds and became one of the world’s most acclaimed operatic singers, later to move into popular music. He and two others, “The Three Tenors” changed classical music forever.

I see the physical reason behind the idea of telling oneself that the thing you want is already here. Our bodies are used to hearing or saying “Thank you” after a deed is accomplished. We say “Thank you,” after someone gives us a compliment or offers food or good times.  We are grateful when something good happens to us. So, be grateful and say, “Thank you,” before it happens.

It will make a connection between the mind and the body. 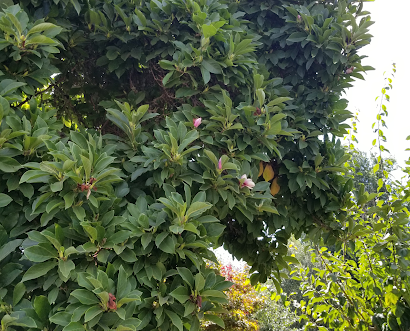 I am now thinking of all the people who have told me they find value in what I have written. We’re having a cup of coffee together. We’re talking happy-talk. The cares of the world are far away. We’re noticing how the leaves of the Magnolia tree are fluttering like a wave of people at a sports event. The Pink Mandevilla alongside it is flourishing and spectacular.The ground cover is succulent, dotted with light sparking off the water droplets. The coffee is warm and slides down our throats, erasing all evidence of morning hoarseness. “What are you going to do today?” I ask.

“Anything I want,” you say. 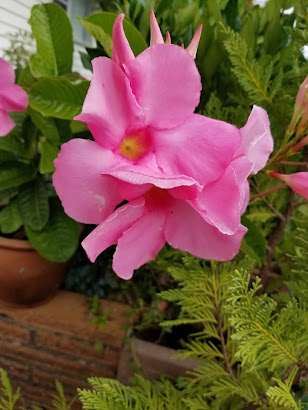